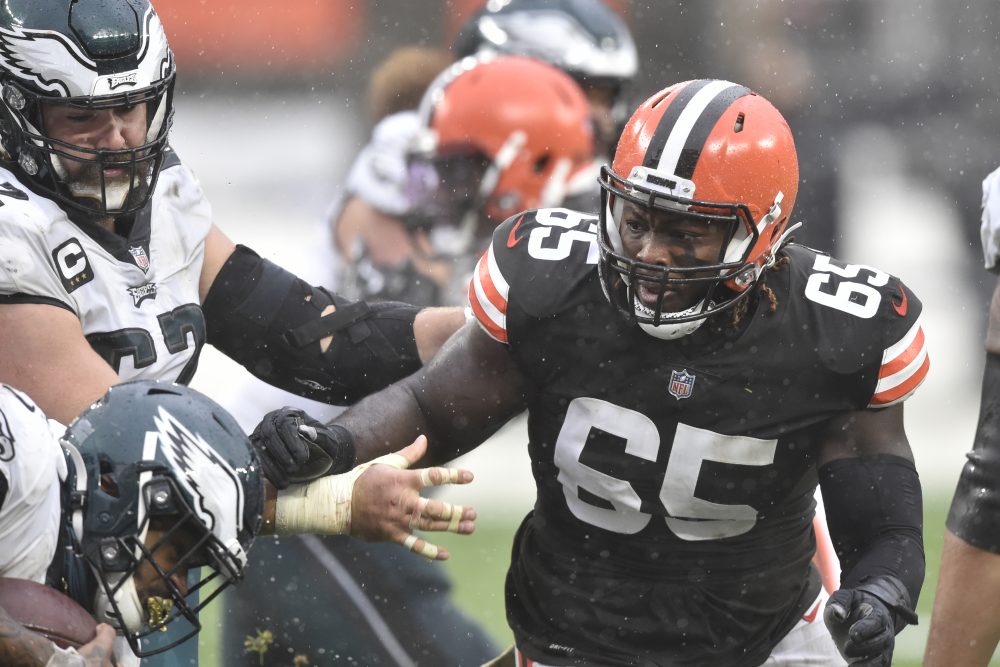 His parents emigrated from Nigeria. He was obese and lazy as a teenager, remade his body and mind and earned a college scholarship. He graduated from the University of Charlotte with a double major in computer science and biology, was a third-round pick of the Browns in 2017 and established himself as an NFL starter at defensive tackle.

His success, as well as that of the Browns, will likely lead to him departing in March as a free agent. While it’s bothersome to lose a high-quality player and person who would be welcome on all 32 NFL teams, the situation is proof of how far the Browns have come.

During the dark days — which covered most of the previous 21 years — any good player was treated like a unicorn the Browns couldn’t afford to let get away. Now they have enough talent that chief strategy officer Paul DePodesta and general manager Andrew Berry must prioritize, and a run-stuffing defensive tackle with some pass-rush ability doesn’t come close to the top of the list.

For the longest time the Browns didn’t have to worry about using salary cap space because they had so much. That clock has run out.

The Browns still have room — about $24 million if the cap winds up at the floor of $175 million for 2021 — but each major decision will come with repercussions. Money spent on Ogunjobi would mean less for cornerback Denzel Ward, running back Nick Chubb or right guard Wyatt Teller, who are eligible for extensions this offseason. (Baker Mayfield isn’t part of this conversation because quarterback is special and he’ll get his money.) And millions more will be needed to bolster a defense that lagged behind the offense too often in 2020.

Ogunjobi believes he can be a three-down player who can get to the quarterback — he had 5.5 sacks in 2018 and again in ’19 before 2.5 this year — but the Browns used him primarily as an early down nose tackle. While someone will pay good money for his services and upside — he’s 26 years old and a tireless worker — the Browns look like they’ve decided they won’t be that someone.

They have options at tackle.

Sheldon Richardson is under contract for another season at $12 million and is coming off a solid year. Andrew Billings should be back after opting out of the 2020 season due to the coronavirus pandemic and started 37 games in three years with the Bengals. Jordan Elliott was a third-round pick in April, and Vincent Taylor showed promise off the bench.

The Browns are better with Ogunjobi but can live without him. He didn’t rule out a return and professed his love for the city, the fans and “being a Brown” but seemed resigned to heading elsewhere when he talked to reporters last week.

“I feel like you have to look at uncertainty with optimism and know that you just never know where you could be and how good it could be for you,” he said. “I feel like just the hard work, dedication and the grind, it will all take care of itself.”

Ogunjobi wouldn’t have used the tone he did if he expected to stay. If the Browns were driven to keep him, Ogunjobi would know, and he didn’t question the premise when asked if it was disappointing the team hadn’t made more of an effort to sign him to an extension.

“If it is supposed to happen, it is going happen. If not, it is what it is,” he said. “I know the person I am, the player I am, the potential I have and the work I am going to continue to put in to get better. So I am not really worried about any of that because I just know that it is all going to work out.”

Ogunjobi lived through 0-16 as a rookie and developed into a starter and leader as he waited for the team breakthrough that finally came this season. He’s universally liked — he was picked as Good Guy this season by local writers — was a member of the social justice committee and is close with defensive end Myles Garrett.

“He meant a lot,” Ward said. “Larry was right there in the middle of our defense blowing things up. Larry, he is a great player, he is a great teammate and I enjoy playing with Larry. He was a playmaker for our team and a great leader.”

No one wants to see him go, but that’s the expected reality of mid-March. For the Browns, it’s the painful price of success.