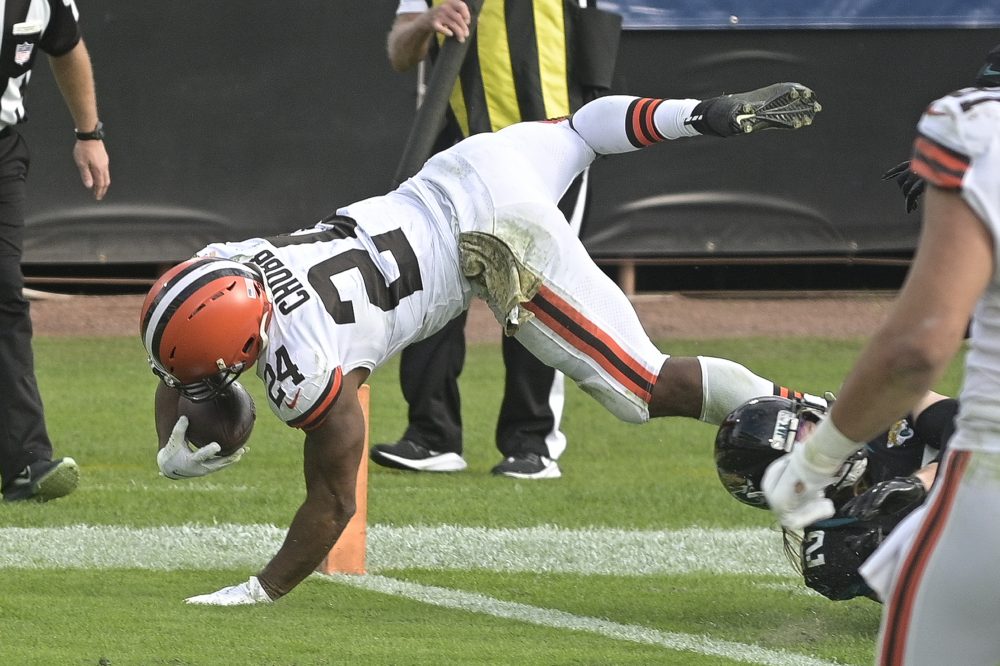 Player in NFL history — Jarvis Landry — with 70 catches, 750 yards and three TDs in each of his first seven seasons.

Best and worst moments of a memorable 2020 season

Takeaways for the defense inside the red zone, first in the NFL.

Record when they won or tied the turnover battle.

Sacks by Garrett, four of which were strip-sacks.

Starts for Mayfield for the second straight year. Brian Sipe, from 1978-81, is the only other Browns quarterback to start 16 games in two straight years.

Tackles for Sheldon Richardson, most in the NFL for a defensive lineman.

Touchdown percentage in the red zone (39 on 53 trips), third in the NFL and Cleveland’s best since returning in 1999.

Rushing yards allowed per game, ninth in the NFL.

Rushing yards per game, third in the NFL and Cleveland’s most since 1978.

Rushing yards for Chubb in his first three years. He ranks sixth on Cleveland’s all-time list.

Browns wrap-up: The best and worst moments of a memorable 2020 season
Commentary: How can the Browns go big? Let us count the ways…