Mailbag: How can Browns avoid being in same QB position as Rams, Eagles? Which defenders should be re-signed? What was most impressive win of regular season? 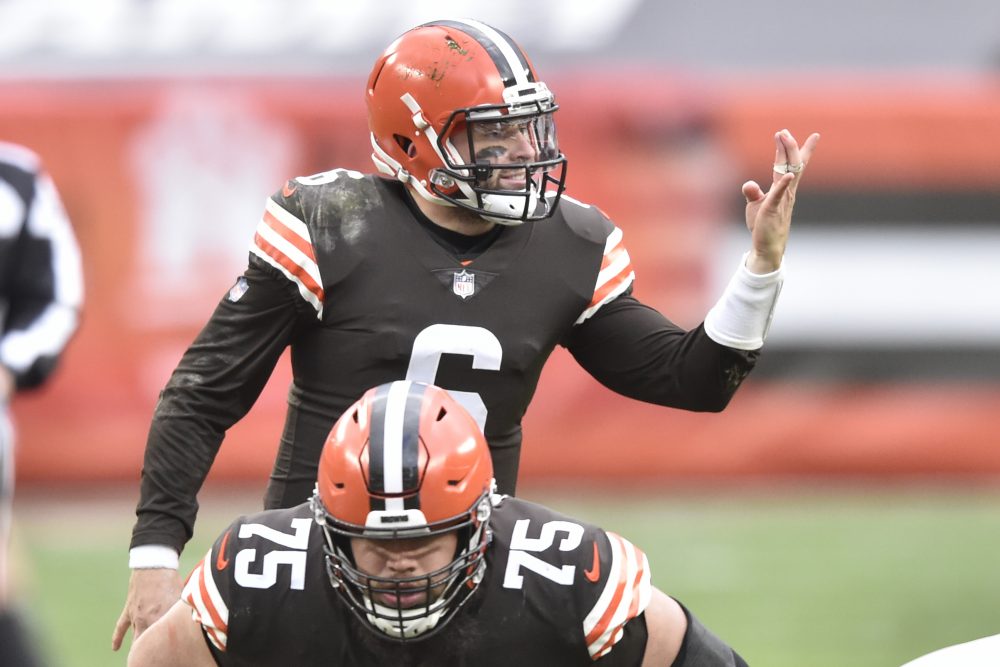 Q: Jared Goff and Carson Wentz are two of the highest-paid QBs in the league and only a couple of years from Super Bowls. Yet they both appear to be expendable (and Goff is gone). Baker Mayfield will likely be getting a huge paycheck and join them in the salary ranks. Is there anything that can be done to prevent us from being in the same position in a couple of years, or is this the way it has to be in a QB-driven league?

A: This question is incredibly relevant and one the Browns front office is trying to answer.

In terms of protecting the organization from being in a similar spot to the Rams and Eagles, the only way to guarantee that is to not sign Mayfield to a long-term extension. The Browns could pick up the fifth-year option on his rookie contract for 2022 and plan on using the franchise tag to keep him if he plays well over the next two years. That approach reduces the long-term risk, but the problem is it often creates animosity with the player, and teams can only use the franchise tag for three seasons. Another “safer” option is a shorter extension that provides flexibility for the organization and Mayfield. This leads to more money spent and less stability in long-term planning for the salary cap.


A simpler solution is for the organization to trust Mayfield is worthy of the big money before giving it to him through a long-term extension. If the team believes Mayfield is the right guy, securing him for the long haul is the best move. While the examples you cited are legitimate, there are plenty of quarterbacks who get huge contracts and continue to play at a high level.

Looking back, the problems between the Rams and Goff seem easy to predict. He’s limited athletically in arm strength and as a runner and couldn’t do everything coach Sean McVay wanted. McVay should’ve recognized that before the Rams gave Goff the four-year, $134 million extension.

I have a harder time explaining Wentz’s slide. He’s got all the tangibles teams desire in a quarterback. The takeaway for the Browns from the Eagles situation is they must continue to surround Mayfield with a strong supporting cast. Wentz’s receivers are subpar, which seemed to hurt his decision-making and confidence.

There is certainly risk involved in any big deal, but I believe the Browns think it’s worth it with Mayfield and will try to get something done sooner rather than later.

Q: Which of the defensive players signed to one-year contracts this past season do you think they should re-sign?

A: The list of candidates is significant: linebackers B.J. Goodson and Malcolm Smith, cornerback Kevin Johnson and safeties Karl Joseph and Andrew Sendejo — all of whom played a ton of snaps this season. The Browns can live without all of them, but I’d definitely try to bring back Goodson, Joseph and Johnson.

Goodson quickly established himself as a leader and every-down player despite having played primarily against the run in the first four years of his career. His experience and versatility are valuable at a position that remains in flux.

Joseph lost his starting job to Ronnie Harrison but made some big plays after Harrison injured his shoulder late in the year. Harrison flashed playmaking ability and is penciled in as the starter alongside Grant Delpit but missed five games. Joseph would be an established backup who could play in the three-safety package coordinator Joe Woods wants to use.

In a perfect world the Browns would find an upgrade over Johnson at nickelback, but that’s easier said than done and Johnson has the versatility to play outside.

Another name worth mentioning is defensive tackle Vincent Taylor, who was claimed on waivers but is a free agent. He provided valuable snaps off the bench.

Q: In a season filled with wonderful performances, which regular-season Browns game do you believe was the most impressive and why?

A: To me, the choices are the wins in Tennessee and Cincinnati and the playoff-clinching finale against Pittsburgh. I’m going with the 41-35 victory over the Titans in Nashville.

The Titans were in the AFC championship game in 2019 and won the AFC South in 2020. They’re well-coached and play with physicality. Coach Kevin Stefanski had the perfect plan to attack the Titans, as he came out throwing and Mayfield torched Tennessee’s suspect pass defense. After a series of wins over teams with losing records, this victory provided legitimacy.

The win over the Steelers had the most meaning, but Pittsburgh sat Ben Roethlisberger and other stars, so it wasn’t the most impressive, especially as it came down to a 2-point conversion stop.

If excitement were the lone criterion, the come-from-behind win over the Bengals would rank at the top. Mayfield’s fifth TD pass came with 11 seconds left.

Q: Do you foresee a scenario where the Browns trade out of the first round?

A: Definitely. Although I don’t think it’s probable.

The biggest reason not to trade out of the first round is the loss of the fifth-year option on the rookie contract. After the first round, each draft pick signs a four-year deal. The fifth-year option gives teams greater contractual control with the player. But the new CBA fully guarantees the fifth year if it’s picked up after the third season, so it’s not as helpful as it used to be, when it was only guaranteed for injury.

I would never rule out a trade down for the Browns because the front office realizes the draft is a crapshoot and extra picks increase the odds of success. They also aim to have extra selections every year, so if they could pick up a 2020 second-rounder to drop from No. 26 to No. 35, I think they’d do it. It’s also worth remembering the drop-off from low first-round pick to high second-rounder is a lot less severe than moving back a handful of spots in the first half of the first round.

Q: What does the future hold for David Njoku?

A: A year ago, I would’ve said finding a new team and then a relatively quick exit from the league. But Njoku showed me something this season, especially with a strong finish. His inconsistency is still maddening, but he was better in that area, and Stefanski and staff unlocked some more of his vast potential.

I think everything’s on the table regarding Njoku’s future. He’s under contract for 2021, so the Browns could bring him back for $6 million and use him in a rotation with Austin Hooper and Harrison Bryant. They could trade him for a mid- to low-round pick to save money if they believe Hooper and Bryant can handle the bulk of the work at tight end. Or they could trade him for a player at another position. I’m convinced Njoku has more value than he did a year ago, and cutting him is out of the question.

Mailbag: Why didn’t Kareem Hunt get ball earlier against KC? Will Browns be a pass-heavy team in 2021? Should Andrew Berry have spent more money on defense?
Mailbag: Would Cleveland be better off hosting the draft in a different year? Who’s up first for an extension? What would it take to get J.J. Watt?