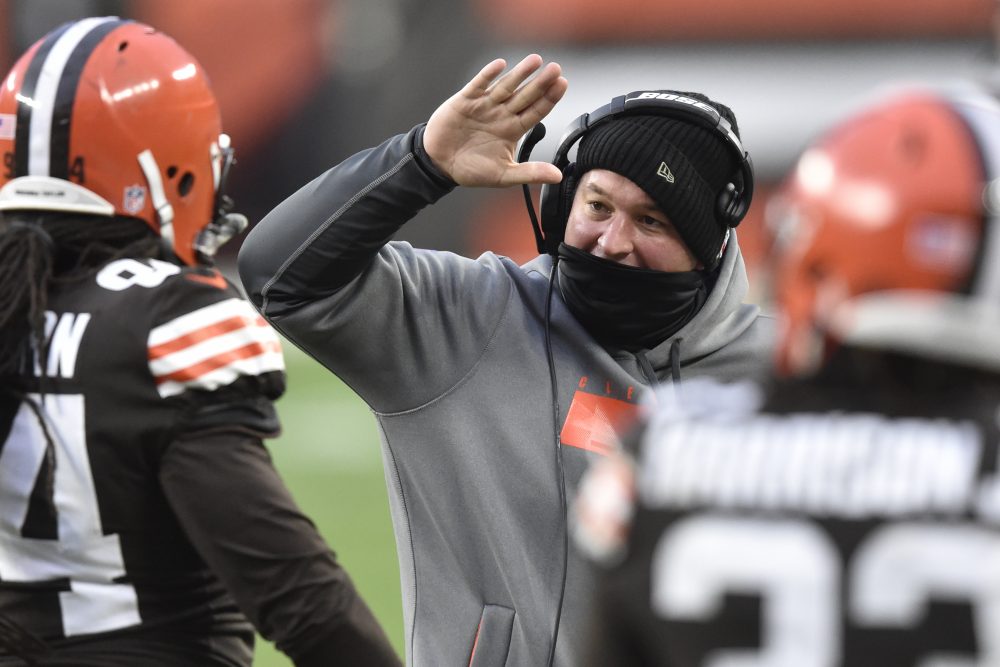 On Jan. 18, the day after the season ended with a playoff loss, coach Kevin Stefanski said he expected to bring back his entire coaching staff for a second season.

Kiffin is one of several candidates to replace Mike Pettine, whose contract wasn’t renewed after the season. Pettine went 10-22 as coach of the Browns in 2014-15.


Kiffin just completed his first year with the Browns, leading the defense’s strongest unit. Myles Garrett had 12 sacks and four forced fumbles in 14 games and Olivier Vernon had nine sacks in 14 games, as Kiffin and coordinator Joe Woods gave the ends more freedom to move across the line.

Browns wrap-up: The best and worst moments of a memorable 2020 season

Kiffin was the pass rush specialist for the 49ers for two years before being hired in Cleveland by Stefanski. Kiffin spent the previous 11 years coaching in college, including a year as co-defensive coordinator at Florida Atlantic University.

His dad, Monte, is a longtime coach, including defensive coordinator for the Buccaneers from 1996-2008.

Kiffin’s brother Lane is the coach at the University of Mississippi.

The Browns and University Hospitals selected three local health care heroes to be the team’s special guests Sunday at Super Bowl LV in Tampa, Fla. They were chosen for their commitment to the community and for making personal and professional sacrifices throughout the COVID-19 pandemic.