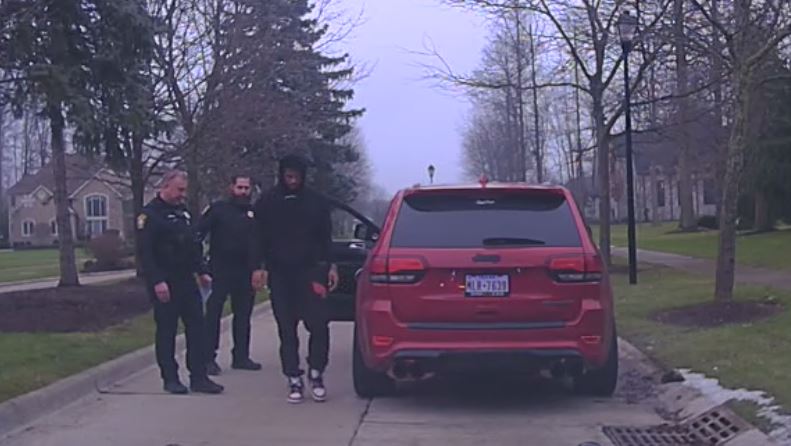 They each were ordered to pay $428 in fines and court costs.

The pair were stopped and cited Jan. 5 at about 9:30 a.m. for drag racing on Crocker Road north of Center Ridge Road in Westlake the Tuesday before the wild card playoff victory over the Steelers. The area was identified as a work zone in the court filing.

The original charge was a misdemeanor with the potential for time in prison and a large fine, but the final one was a simple speeding ticket.

Walt Edwards, Wills’ attorney, said the prosecutor agreed the reduction was the appropriate thing to do.

“The two vehicles took off together side by side at a fast rate heading North on Crocker and were racing each other,” stated the Westlake Police report. “The two operators were cited for Drag Racing. The one operator had his vehicle searched from PC (probably cause) based on the smell of marijuana. A suspected marijuana joint was located on him. That item was destroyed and the subject was given a warning. They were released from the scene.”

Higgins was the person with the suspected marijuana.

Wills was the No. 10 pick out of the University of Alabama in April. He started all but one game as the Browns reached the divisional round of the playoffs for the first time in 26 years. He also settled a speeding ticket from an earlier traffic stop and was ordered to pay $328.

Higgins became a starter when Odell Beckham Jr. suffered a torn anterior cruciate ligament Oct. 25. Higgins had 37 catches for a career-high 599 yards, a 16.2 average and four touchdowns in 13 regular-season games.

He signed a one-year contract for the veteran minimum of $910,000 and is scheduled to become a free agent March 17.

The Browns waived guard Malcolm Pridgeon, who opted out of the 2020 season due to COVID-19 concerns.

He was an undrafted free agent out of Ohio State in 2019 and spent the final 15 weeks of the season on the Browns’ practice squad. He was one of three Browns guards to opt out of 2020, along with Drew Forbes and Colby Gossett.