Pass rusher J.J. Watt tweets he’s in no rush to pick next team 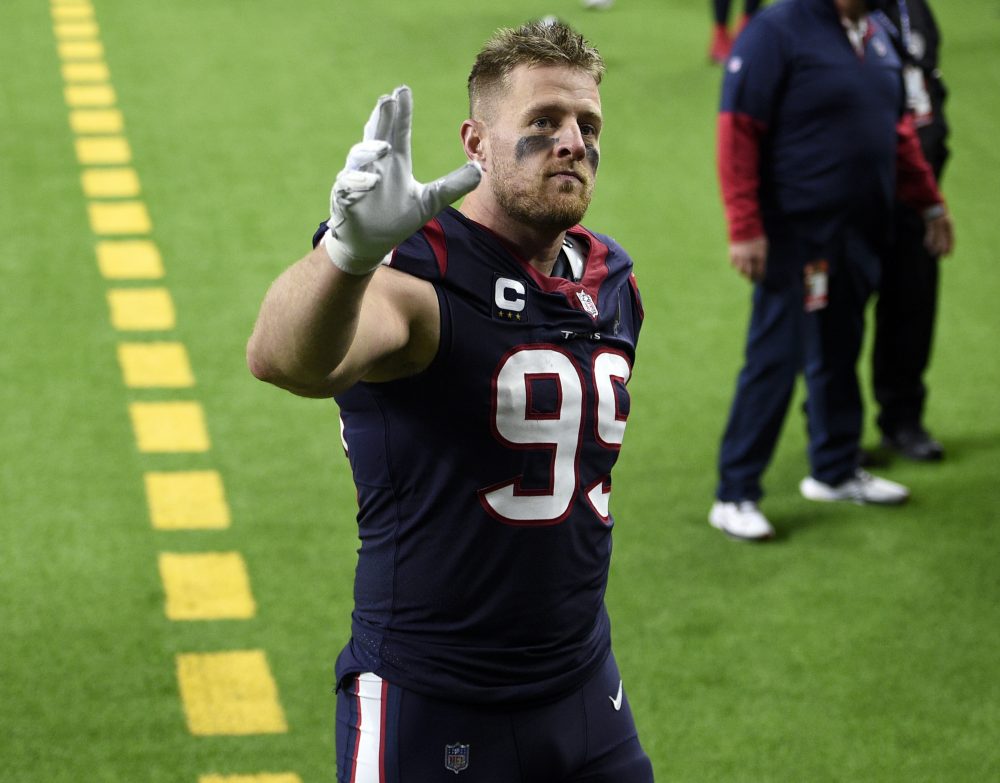 The free agent defensive end who’s being pursued by the Browns and several other teams responded to someone on Twitter who asked about his plans to sign.

“I scroll through door dash for like an hour before I pick a restaurant man…” Watt tweeted Sunday night to his 5.6 million followers. “You’re gonna have to give me a second to choose a new team and city.”

You’re gonna have to give me a second to choose a new team and city. https://t.co/eQXD3eNVFJ

Watt asked for and was granted his release by the Houston Texans on Feb. 12 after 10 years, 101 sacks and three NFL Defensive Player of the Year awards.

The Browns reportedly expressed interest immediately, as they have a pressing need for a pass rusher to pair with All-Pro end Myles Garrett.

Cleveland has a lot of company in the chase, and the speculation prompted a tweet from Watt on Wednesday.

“free agency is wild,” he wrote.

Watt saying he’s going to need some time to determine his future is interesting. His release gave him more than a month of a head start before free agency is set to begin March 17.

Waiting to sign until the league year starts would allow more teams to create salary cap space, increasing the number of options. But it would also flood the market with talent, including plenty at edge rusher, competing for a finite number of dollars.

Watt was scheduled to make $17.5 million with the Texans in 2021, the final year of his contract. That would seem a natural starting point in discussions with teams but might be too high for someone who’s turning 32 in March and missed 32 games combined in 2016, ’17 and ’19 with injuries.

Watt played all 16 games in 2020, finishing with five sacks, 17 quarterback hits, 14 tackles for loss, seven passes defensed, two forced fumbles, an interception returned for a touchdown and a fumble recovery.

Pro Football Focus graded him seventh in the NFL among edge defenders. Garrett was sixth.

Celebrity chef, Cleveland native and Browns fan Michael Symon made his pitch on Twitter on Sunday.

“Cmon @JJWatt we can figure this out …” he tweeted. “I’ll take care of food