Kevin Stefanski stresses necessity of evolution in Year 2, can’t expect to pick up where left off last season 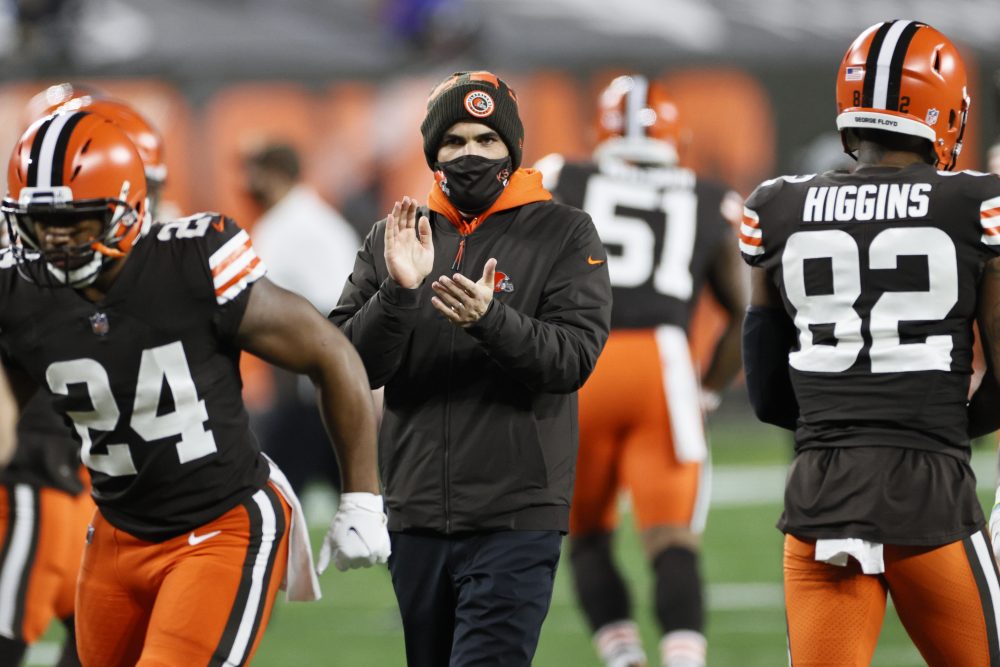 The 2020 season was a revolution for the Browns.

Kevin Stefanski wants 2021 to be an evolution.

With most of the key players under contract for 2021, the expectations will be high. Stefanski made it clear Tuesday the Browns can’t assume anything.

“We laid a foundation, but it is really, really important that everyone in this building, all of our players, understand we have to get better,” he said. “To say we are just going to be right back where we left off, that is not the case. It just does not happen that way. Have got to work at it.”

Stefanski talked to reporters for the first time since the days following the 22-17 divisional round loss to the Chiefs on Jan. 17. The Zoom session replaced the interview he would normally conduct at the scouting combine, which was canceled this year because of the COVID-19 pandemic.

He established the philosophy for the offseason.

“As we sit here in March, my focus, our focus as a staff, as a team, is we have to get better,” he said. “We have to, as coaches, really pull this thing apart and find ways to improve schematically. We have to evolve and I think that has been a big part of our process to date.

“Also, as coaches we have to get better. I have to be a better coach next year for this team and that is my goal. We are working really hard to find different ways for each of us to get better.”

The coaches are in the middle of evaluating the offensive, defensive and special teams schemes from last season. Stefanski won’t abandon his run-heavy (49.7 percent), multiple-tight end system but he wants more diversity and flexibility.

“What we talked long and hard about as an offensive coaching staff is we want to have our core but, man, we have to make sure that we are pivoting week in and week out,” he said.

“To say that we will get completely away from who we are, either on offense or defense, I do not think that is fair to say,” Stefanski said. “I will tell you we are going to try to evolve within the scheme and continue to make ourselves difficult to defend on offense. And defensively, find ways to frustrate an offense, and that is what we are working real hard on right now.”

The quest includes studying college and pro teams for formations, routes, plays, blitzes and coverages to add to the playbook. He watched the Super Bowl in that endeavor.

“What we are trying to do is fine-tune and hone in on the things we are good at while looking at what other people are doing and seeing if that fits us,” Stefanski said. “I make no bad bones about it, we will steal from everybody if it is a good idea. We are watching a lot of tape of the NFL players, we are watching college tape and if we think it might help us, we will definitely make it part of our offense.”

The Browns are way ahead of where they normally are at this time of year on two fronts. Not only do they have the residual enthusiasm of the organizational turnaround and playoff trip, they aren’t starting from scratch.

The only change to the coaching staff was at the low-level offensive quality control position, so everyone’s familiar with each other, the playbooks and the terminology.

“The fact we are bringing all of our coaches back is a very, very big deal,” Stefanski said. “I am very proud of that fact.

“We can go full speed ahead from a schematics standpoint of how we are putting this thing together. You hit the ground running this year, as opposed to last year, where you are coming up with different words you want to call things. That is honestly a big part of this.”

Quarterback Baker Mayfield should benefit from the stability and continuity. For the first time in his four years, he’ll have the same head coach and system for a second straight year.

Stefanski credits Mayfield’s improvement over the second half of last season — 63.9 percent completions, 2,049 yards, 11 touchdowns, one interception, 100.1 passer rating in the eight regular-season games after the bye — to an increased comfort level between the pair and in the system.