GM Andrew Berry grateful for Baker Mayfield, expects him to have “fantastic” 2021 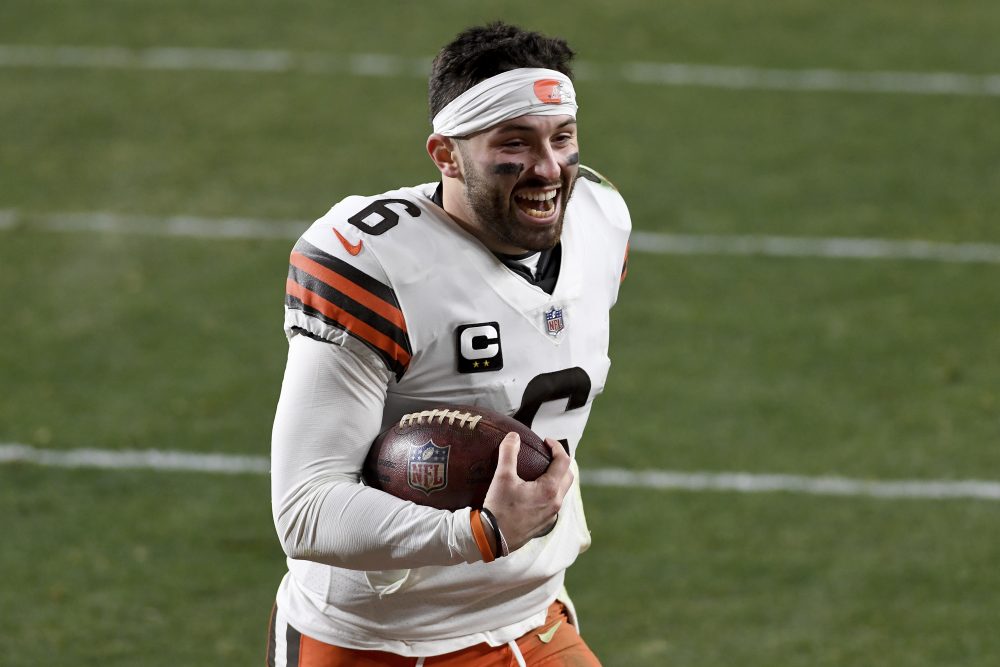 The Browns are no longer spinning their wheels at quarterback after nearly two decades of a seemingly endless loop of underachievers, retreads and reaches. Baker Mayfield sprung the Browns out of neutral with his performance in 2020, leading them to the second round of the playoffs for the first time in 26 years.

General manager Andrew Berry has been spared the burden of his predecessors. The organization has stopped searching for the answer at quarterback, which brings a different, calming dynamic to the offseason.

“The quarterback position is in my mind the most important position in professional sports. And until you have a baseline of winning-level quarterback play, I think it’s really difficult to win and make progress in the NFL,” Berry said Wednesday. “And oftentimes if that position isn’t productive or isn’t solidified, it can feel a lot like operating in neutral, and so that’s something that’s certainly not lost on us and it’s definitely not lost on this organization.”


As Berry heads into an offseason in which he will try to elevate the roster from playoff-caliber to Super Bowl-quality, he stuck to his philosophy of not publicly discussing contract decisions. Not only wouldn’t he talk about an extension for Mayfield, Berry wouldn’t answer if the Browns will pick up the fifth-year option on his rookie contract by the deadline in May — something that seems to be a given.

“I think you know me well enough that that’s not something that I’ll really talk about publicly,” Berry said. “We’ve been pretty consistent with our messaging around Baker that we think he had a really strong season for us. We like the maturation and the growth both on and off the field, and we’re looking forward to him continuing to take steps in this second year of the offense.”

Berry didn’t hesitate to recognize Mayfield’s importance in the team’s turnaround and predicted a “fantastic” 2021 season as he returns under coach Kevin Stefanski and in his quarterback-friendly system.

“Baker is the first quarterback in — you guys probably know the years more than I do — that’s led this team to the playoffs and a playoff victory,” Berry said. “He’s endured an enormous amount of adversity in his young career just quite honestly with the changes that he’s gone through with the coaching staffs, front offices, offensive systems, and he’s risen above it all.

“And so I think we all saw him grow from week to week to week last year and we expect him to continue that progress and have a fantastic 2021 season for us.’’

The offseason will be filled with critical decisions for Berry. One of the most important is whether to sign Mayfield to a long-term extension that would likely pay him around $35 million a season.

After a player’s third season is the first time an extension can happen, and that’s the common timeline with “franchise quarterbacks.” Patrick Mahomes, Deshaun Watson, Jared Goff and Carson Wentz are recent examples.

Goff and Wentz have lately been viewed as reasons to reconsider the rush to a long-term commitment. The Rams and Eagles were eager to dump them and agreed to trade them following the season after a decline in performance in the two years since signing the extensions.

“I don’t know that with respect to anything that’s happened to any of the other 31 teams that that has a major bearing in terms of how we’re going to address the quarterback situation here,” Berry said. “We’ll evaluate that internally and make a decision that we think is best for our team and our organization. So I think it would be maybe a stretch to say that that’s going to serve as a cautionary tale or any type of blueprint. We’ll make the best decision for us with the information that we have.”

Mayfield became the 30th starting quarterback since the team returned in 1999 when he took over as a rookie in Week 4 in 2018 after being the No. 1 pick in the draft. He’s started 47 straight games since, including the playoffs, and took his game to another level over the final 10 games last year — 16 touchdowns, two interceptions — as the Browns went 11-5 and ended the NFL’s longest postseason drought at 17 seasons.

For the season, he completed 62.8 percent (30th in the league) for 3,563 yards (18th), 26 touchdowns (tied for 12th), eight interceptions (20 quarterbacks threw more) and a 95.9 passer rating (15th). He added 467 yards, four touchdowns and an interception as the Browns won at Pittsburgh in the wild card round and lost in the divisional round at Kansas City.