Where will Browns find starting defensive end? Who in secondary has best chance to be re-signed? Will fans be disappointed in free agency? 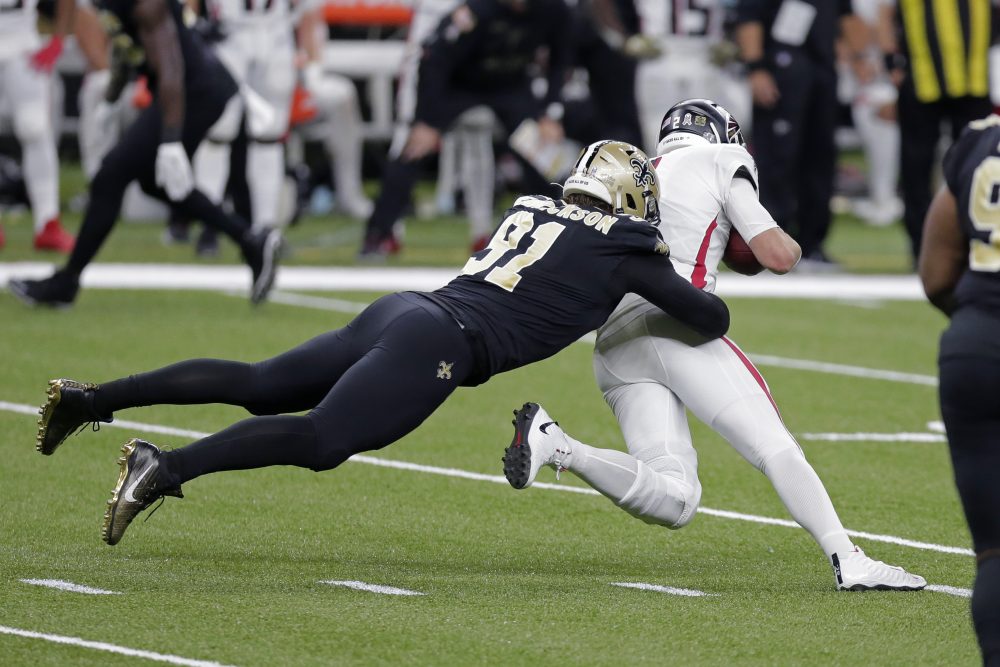 Q: Best guess … the starting defensive end opposite Myles Garrett will be a draft pick, free agent signing or somebody already on the roster?

A: I feel strongly the Browns will use free agency to find the second starter at defensive end. I could see a free agent being paired with a draft pick in the pass-rush rotation but have a hard time picturing the personnel and coaching staffs trusting a rookie to take advantage of the double and triple teams Garrett demands.

I’d be surprised if the Browns don’t draft an end, but how high will have a lot to do with the type of free agent they sign. If they spend big money on someone like Trey Hendrickson, Yannick Ngakoue or Carl Lawson, I doubt general manager Andrew Berry would follow by using the No. 26 pick at the same position. But if the free agent is an older veteran like Melvin Ingram, Von Miller or Jadeveon Clowney, that opens the door for the first-round pick to be an end.


As for someone already on the roster, I don’t think that’s a possibility. Adrian Clayborn is valuable in a rotation and Porter Gustin flashed on rare occasions — the Browns announced last week he’ll be back as an exclusive rights free agent — but the Browns need more at the other bookend.

Q:
Who is (are) most likely to be re-signed, out of this group of veteran DBs? Andrew Sendejo/Karl Joseph/Kevin Johnson/Terrence Mitchell?

I think Mitchell tops the list of players the Browns would like to keep, but the money will be a problem. Mitchell played nearly every snap after Greedy Williams was injured in training camp and more than held his own, earning starting money on the open market. I don’t sense the Browns are willing to commit that to him.

Johnson went through ups and downs last season, including the lacerated liver suffered in camp, after signing a one-year, $3.5 million contract. But he showed the versatility to play inside and out and would be a valuable piece to keep as the Browns search for depth at the critical position.

Joseph is an interesting case, just like the entire safety position. He lost his starting job to Ronnie Harrison, then made big plays late in the year after Harrison was injured. Joseph is a team guy and could fit as the third safety with Harrison and Grant Delpit, especially if the Browns don’t want to spend big on an upgrade in free agency.

Sendejo’s struggles in 2020 make it hard to see him coming back.

Q: In his press conference last week Andrew Berry was transparent that we should steady ourselves for the difficult decisions likely to result from reductions to the 2021 salary cap. As the Browns balance cap needs with reality, how might we be most disappointed and also pleasantly surprised?

A: I think the “big” disappointment could be only one “huge” signing on the first day of free agency. I don’t think Berry will let the start of free agency pass without adding a difference-maker at defensive end or cornerback, but I could see him slow down after the initial splash. The market will be different with the reduction in the cap, which could lead to several high-quality veterans settling for one-year deals in the hope of striking it rich next year when the cap increases. That could cause Berry to take a wait-and-see approach.

Having said that, the Browns are in a pretty good spot with the cap — about $25 million in space if the cap comes in at $185 million — and Berry could very well take advantage of his situation to be even more aggressive than usual. That could be the pleasant surprise — Berry exploiting other teams’ issues through trades and pouncing on cap casualties.

I don’t think fans will see any difficult cuts from the Browns to save cap space, with the possible, and unlikely, exception of tight end David Njoku, which would upset some fans. The other possibility for disappointment is receiver Rashard Higgins signing elsewhere. I think a deal will get done, but the Browns won’t meet the market value if it climbs to $6 million a year.

Q: Hey Scott, if another regular-season game is added, do the players receive a raise? Also, is the salary cap adjusted?
Go Cats!

A: Yes, the players would get a raise with the extra game. Their contracts, if they were signed before the 17-game schedule is implemented, are adjusted for a one-seventeenth increase. For example, if a player makes $8 million a year — $500,000 per game in a 16-game schedule — he’d make an extra $500,000 for that 17th game.

As for the salary cap being adjusted, that’s a great question that I don’t have the answer to right now. It feels like it should rise by one-seventeenth to match the salaries, but that’s probably an area of negotiation as the NFL and NFL Players Association are still trying to set the cap number for 2021.

I’m not sure which ’Cats you’re referring to — St. Ignatius or Northwestern — but go ’Cats is right!!

Q: I am curious as to whether undrafted free agent safeties Elijah Benton and Jovante Moffatt are highly thought of within the organization, especially as there is so much speculation that position may need to be reinforced prior to next season.

A: Both were liked well enough to stick around on the practice squad in 2020 as rookies, but I don’t think they’ll affect what Berry does at the position in the offseason. I expect Berry to add at least one piece to the expected starting pair of Delpit and Harrison. That could be Joseph, as mentioned above, but I think it’s more likely Berry signs a free agent and/or drafts a safety.

Safety is perhaps the most intriguing/confounding position group entering the offseason. Delpit is a question mark coming off the ruptured Achilles, and Harrison was an unexpected playmaker after coming over in a trade but missed time with injuries and is entering the final year of his rookie contract. Coordinator Joe Woods wants to use three-safety packages, so it’ll be interesting to see how much depth — and what quality — Berry feels compelled to supply.

I will say that Benton made enough plays in training camp, including some reps with the starters, to make an impression. I remember writing down his number multiple times.

Mailbag: What happens now that J.J. Watt’s not coming to town? Could Baker Mayfield benefit from waiting to sign extension? Should Odell Beckham Jr. be traded?
Mailbag: What will Browns do early in free agency? Why would Bengals let Carl Lawson leave? What about Bud Dupree?