Mailbag: What will Browns do early in free agency? Why would Bengals let Carl Lawson leave? What about Bud Dupree? 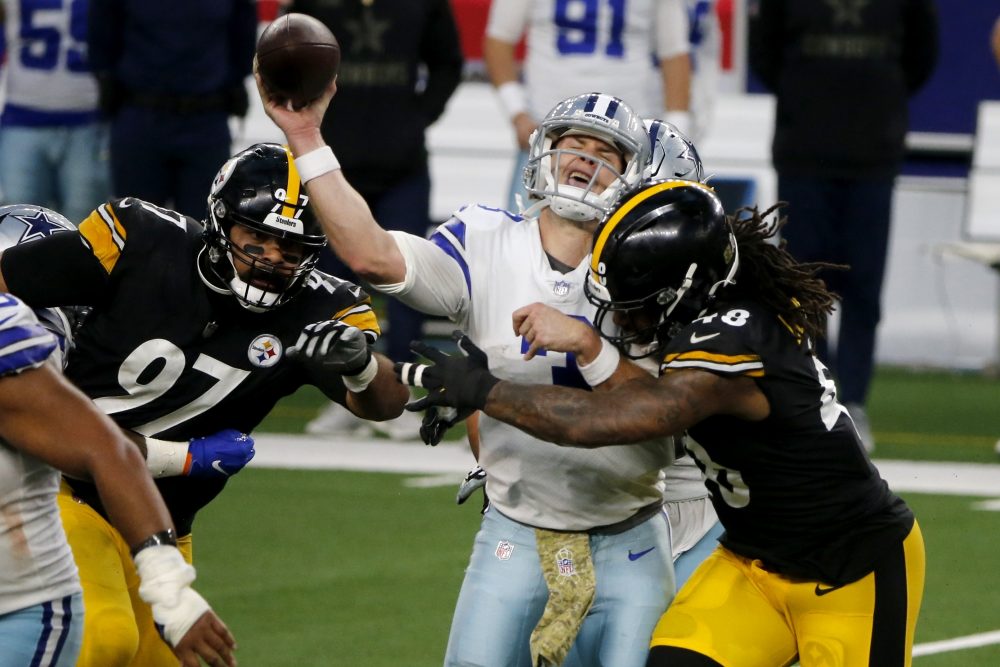 Q: Scott, what do you realistically expect the Browns to accomplish during the early stages of free agency? What acquisitions do you see happening?

A: I don’t think the pace will be as brisk as it was a year ago. I expect at least one marquee signing at defensive end immediately and I could see a corner early, too, but I don’t think general manager Andrew Berry will overextend himself early.

A lot of players will be available and looking for one-year deals given the reduced salary cap. Not only can Berry afford to sit and wait, he might be better off doing so. I’m not talking about sitting on his hands forever. But instead of Monday agreements and Wednesday deals, we see starting-caliber players signed into next week and even beyond.


He has options at the key positions, so it’s really hard to settle on names, but put me down for defensive end Carl Lawson and nickelback Brian Poole.

Q: Why did Cincinnati not re-sign/tag defensive end Carl Lawson if he is as good as we hope he’d be for us?

A: Another great question.

The Bengals may still sign Lawson. He told The Athletic last week the Bengals are the “frontrunner,” so the team is clearly interested in having him back.

As for not using the tag, organizations handle that option differently. The Packers didn’t tag running back Aaron Jones, then signed him to a four-year deal. The issue for the Bengals could be the one-year tag doesn’t provide long-term certainty for a team not expected to contend in 2021 and they only want him back on a long-term deal. The tag has also been known to create animosity with players. So if the Bengals don’t keep him, that’s not necessarily a sign he’s not worth the contract the Browns would give him. I believe Lawson is the best option for the Browns when it comes to talent, scheme fit and money. I think he’d excel in tandem with Myles Garrett.

Analysis: Bengals defensive end Carl Lawson should be No. 1 target in free agency

Q: Should the #Browns be looking for a 1-year deal with Bud Dupree or a younger maybe less proven edge rusher that they can sign long term?

A: Great question. And a tough call.

Dupree’s talent and production — 19.5 sacks in his last 27 games — and the lack of a long-term financial commitment would be attractive. With the cap expected to jump significantly next year, having him on a one-year deal would provide flexibility for the Browns.

The argument for a long-term deal with someone perceived as less talented is the long-term stability at an important position and the potential for a spike in production playing opposite Garrett.

I think Dupree will get the money he wants on the long-term deal he wants — making him too expensive for the Browns — but if he doesn’t, the Browns would have plenty to consider. He’s 6-foot-4, 269 pounds, so he’s plenty big enough to play end in the Browns’ 4-3, but he’s spent six years as an outside linebacker in the Steelers’ 3-4 so there would be a transition. He’s also coming off a torn anterior cruciate ligament. I really liked him when he came out of Kentucky in 2015, and adding speed on the opposite side of Garrett could be the right choice for the defense.

Q: Call your shot…one trade the Browns will definitely make this offseason?

A: You’re giving me a headache. Guessing a trade is hard, because it takes so many factors for one to come together.

I do expect Berry to try to take advantage of teams making moves to get under the salary cap by looking for quality players at a bargain rate. So I think he’ll pull off at least one trade. If you’re making me go out on a limb, I’ll say cornerback Stephon Gilmore of the Patriots in exchange for a second-round pick or tight end David Njoku.

Q: We read Baker Mayfield & Denzel Ward’s 5th-year options would have to be exercised before May 3, 2021… Would that come with a percentage of a cap hit off the 2021 cap number? Or fully off the 2022’s team cap number? Thanks!

A: The options are straight salary for 2022, so exercising them would have no impact on this year’s cap. Coming to terms on long-term extensions could affect the 2021 cap depending on how the deals are structured.

Q:
How can it be the NFL is preparing to go forward with a lessened salary cap of $182.5 million when they’ve just agreed to a $100 billion broadcast rights extension?

Why would the players union permit/tolerate this? This seems to me to be a walkout worthy situation, as any arguments that payrolls must be capped so low is clearly disingenuous.

It is my understanding player payrolls are to be based upon 55 percent of gross revenues. Surely this broadcast agreement is part of gross revenues. Hence, it should be — especially as there is ample remaining time till the start of the new league year — incorporated as new math into the calculations.

A: The players receive 48 percent of revenues, with a chance for that to go up depending on the jump in TV contracts, but your question remains relevant.

I think there are three main factors in the cap reduction remaining in place: The new broadcast deals aren’t finalized as the league year is set to start Wednesday, they won’t kick in right away and the NFL and NFL Players Association had already agreed the cap was going down after a season played during the pandemic. Both sides knew the huge broadcast money was coming when they originally agreed for the reduction in cap, which allows the owners to recoup some of the money lost in 2020 without waiting. I believe the union would argue it did its job by spreading the 2020 losses out over multiple years rather than have the cap crater in 2021 based on the billions lost last season.

The good news for the players is it should be only a one-year dip. The new TV money should be the springboard to get the cap back on track starting in 2022.

Q: What happens to teams that are over the salary cap?

A: They’re not allowed to be over the cap. The league requires all teams to be at or under the cap when the league year starts. This year that is Wednesday at 4 p.m.

I’m sure the league has stipulations if a team isn’t compliant — arbitrarily cutting players to get under the cap, massive fines — but that hasn’t been an issue because the teams know the rules.

Once the league year starts, any contract a team does must be approved by the league in accordance with the cap.

Where will Browns find starting defensive end? Who in secondary has best chance to be re-signed? Will fans be disappointed in free agency?
Mailbag: How did 2021 opponents fare in free agency? Will Browns trade up in draft? Where does salary cap stand? What position will be picked at No. 26?