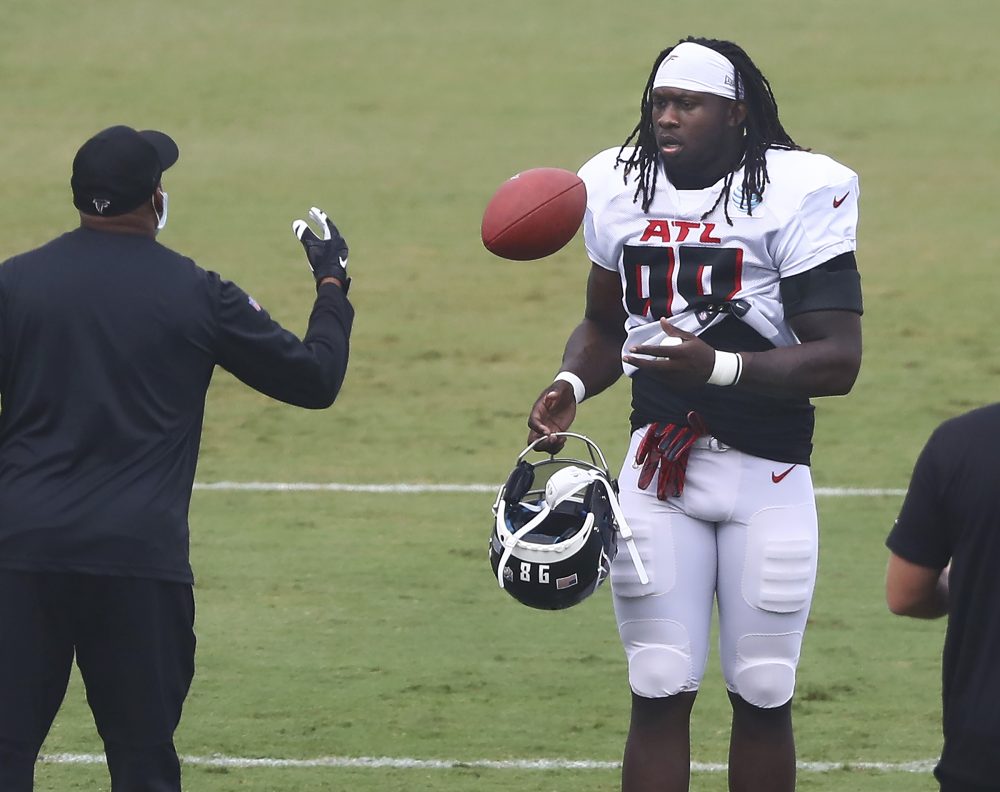 Free agency doesn’t officially start until this afternoon at 4 p.m., so it’s way too early to make any judgments about Browns general manager Andrew Berry’s performance.

But after two days of the open negotiating period, his handling of defensive end is surprising. (The pessimists in the crowd might prefer troubling.)

Berry got lapped Monday in the run on pass rushers — the team’s most glaring need — watching the biggest names agree to deals with teams across the league. Shaquil Barrett stays with the Buccaneers, Carl Lawson to the Jets, Trey Hendrickson to the Bengals, Bud Dupree to the Titans, Yannick Ngakoue to the Raiders and more.

Berry was tardy to the party, arriving Tuesday. His choice of pass rusher was underwhelming.


The Browns plan to sign Takk McKinley to a one-year deal worth up to $4 million, a league source confirmed to The Chronicle-Telegram.

Berry tried to claim him on waivers three times a year ago, so the interest isn’t a surprise. McKinley is only 25 years old, was the No. 26 pick in the 2017 draft by the Falcons and flashed pass-rush ability with 13 sacks over his first two seasons.

But he underachieved with the Falcons, didn’t have the fifth-year option on his rookie contract exercised, tried to get traded, leaked the trade offers Atlanta had rejected and was waived last season after playing only four games of his fourth season because of a groin injury.

So it’s fair to say McKinley is a couple of notches below the pass rushers who were gobbled up Monday. It’s also important to note he’s waaaaay cheaper.

The pass rushers mentioned above agreed to deals worth at least $13 million a year, with Barrett leading the way at $17 million. After Myles Garrett signed a five-year, $125 million extension in July, that’s a lot to pay for the No. 2 end, especially with the salary cap reduced in 2021.

Berry’s restraint is admirable, even if it’s frustrating for some fans. It must be followed by a further commitment to improving Garrett’s supporting cast.

The need remains pressing at end. Olivier Vernon, last year’s starter, is a free agent and his Achilles tendon ruptured Jan. 3. The Browns cut Adrian Clayborn last week, clearing $3 million in salary cap space. They are left with Garrett, McKinley and a bunch of question marks.

That’s not nearly enough for arguably the most important position on defense. Berry realizes this and will find reinforcements. I’d recommend another starting-caliber veteran — Melvin Ingram’s my top choice — and a draft pick within the first couple of rounds.

The Browns can’t count on McKinley to start opposite Garrett and need someone in that spot who can take advantage of all the double teams Garrett draws. Berry knows the free agents still available and will also look for trade options.

The Browns are coming off an 11-5 regular season and the first playoff win in 26 years, so they don’t have to force offseason moves. But they have needs across the defense and ground to make up in the AFC, so they must be proactive.

Berry was just that Monday when he reached a three-year, $33.75 million deal with Rams safety John Johnson III. The Browns have Grant Delpit and Ronnie Harrison as capable starters, but they value Johnson’s versatility, plan to use a lot of three-safety packages and wanted insurance as Delpit returns from the ruptured Achilles tendon that cost him his entire rookie season.

I like the Johnson move even if I remain a bit surprised he was the team’s first target. The general manager’s job is to get the players the coaches need to run their schemes, and coordinator Joe Woods loves safeties.

He also cherishes pass rushers and needs a well-stocked depth chart. McKinley is a step but not enough.

He ran a 4.59-second 40-yard dash at the combine after starring for UCLA, enticing the Falcons to pick him at No. 26. McKinley (6-foot-2, 265 pounds) had six and seven sacks in his first two seasons but only 4.5 combined in the next two years. He’s started 25 of 49 games with 17.5 sacks, 45 quarterback hits, 22 tackles for loss, two forced fumbles and a fumble recovery — the turnovers came as a rookie.

The Falcons didn’t pick up the fifth-year option on his rookie contract before last season, then cut him after he played four games with one sack, dealt with a groin injury and upset the organization by going to social media to complain about not being traded.

McKinley was waived shortly thereafter. He was claimed by the Bengals and 49ers but failed physicals. The Raiders claimed him and kept him but placed him on injured reserve and he never played for them.

The Browns put in waiver claims each time but were too far down the list. They have him now. They just can’t be satisfied.

Analysis: Bengals defensive end Carl Lawson should be No. 1 target in free agency
Analysis: 5 takeaways from a busy couple of weeks of free agency