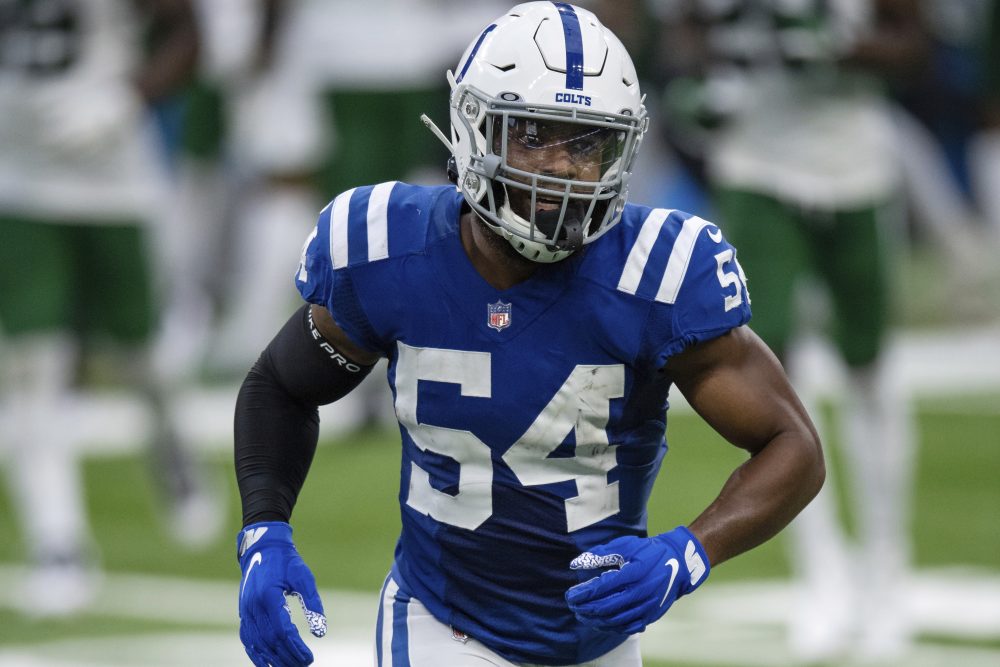 That’s all it took for middle linebacker Anthony Walker to be convinced the Browns were the right choice for him. He visited Browns headquarters Thursday and signed a one-year, $3.5 million deal Friday.

“I took one visit in college to Northwestern University and I committed right away and I was kind of locked in on doing the same thing in Cleveland,” he said Monday on a Zoom call. “Take one visit and you will know if it is the right fit or not right away and I thought it was the perfect fit, honestly.”

Walker, 25, has plenty of reasons for believing Cleveland is ideal for him, starting with the potential for greatness.


“We play this game to win the biggest trophy in it and that is winning the Super Bowl,” he said. “That is my No. 1 goal. It will always be my No. 1 goal.

“The next part of that would be to help us become the No. 1 defense in the NFL and whatever that takes. Whatever happens after that, it is all gravy. I want to win and that is why Cleveland is the place I chose.”

The Browns beat the Colts 32-23 on Oct. 11, and Walker saw his new team “trending in the right direction.”

“You want to be a part of that,” he said. “Seeing them play last year, seeing the pieces they are adding this year, you know they are building something special.”

Roger Goodell, prospects coming to Cleveland, as NFL confident it can stage a safe draft

Quarterback Baker Mayfield is a huge piece of that. Walker said he told his teammates before the October meeting that Mayfield was legitimate, and his first note from film study was that Mayfield can make all the throws.

“One of my teammates texted me the other day and was like, ‘Oh, I see why you were defending Baker Mayfield in our locker room, because you wanted to go play for Cleveland,’” said Walker, who added Mayfield texted him right after he signed. “I told them before, Baker Mayfield impressed me in college. The way he played at Oklahoma, obviously he always had that chip on his shoulder being a walk-on, and nothing but much respect to him for that.”

Walker said the only way to stop the “elite” Mayfield was to get to him quickly with the front four because of Cleveland’s “really crazy” talent at receiver and tight end.

“One of my close friends was like, ‘You’re going to play for the Warriors on offense,’” Walker said, referring to former NBA juggernaut Golden State.

“One thing I will always say is you have a guy that can get to the quarterback and a guy that can shut down half of the field,” Walker said. “That makes my job a lot easier. Just make sure nobody catches the ball over the middle and make sure I am at my gap with the run fits.

“Myles Garrett that can get to the quarterback in two seconds. Denzel Ward, who can lock down any side of the field, any receiver. Fortunate enough to be playing with those guys. This is special.”

Walker was the signal caller of the Colts defense and played 66, 79 and 68 percent of the snaps the last three seasons. He takes pride in and earned praise for his extensive film study.

“This is a guy that plays hard, plays fast, plays nasty,” coach Kevin Stefanski said last week when his signing was announced. “He can be a quarterback for the defense out there. Really intelligent, heady player.

“Just in spending some time with him, he loves diving into the X’s and O’s of this game.”

Walker’s impact on the Colts was much greater than what he did on the field, which was obvious in the reaction to him leaving. His former teammates were devastated.

“I know that I’m going to miss you, bro,” linebacker Darius Leonard said in a goodbye video. “I have to thank you for absolutely everything. I wouldn’t be who I am without you. You’re so smart on the field and off the field. It sucks that this thing called football is going to separate us.”

“Definitely always great to have the respect of your peers and close friends,” he said. “Leaving Indy is not an easy thing to do. I built some great, lasting friendships over there with a lot of great people, especially with Darius Leonard, who played right next to me for three years. It is definitely bigger than football.”

Walker spent four years building a legacy with the Colts. On a one-year deal and with championship goals, he’ll have to quickly establish himself with the Browns.

“You come in and you be yourself,” he said. “You do not try to be anything other than yourself. I am not really a rah-rah guy or anything like that. I come in every day with the same mentality to come in and get better with my teammates.

“I think that is the most important thing your peers respect, the way you come in and grind with them every day.”