Roger Goodell, prospects coming to Cleveland, as NFL confident it can stage a safe draft 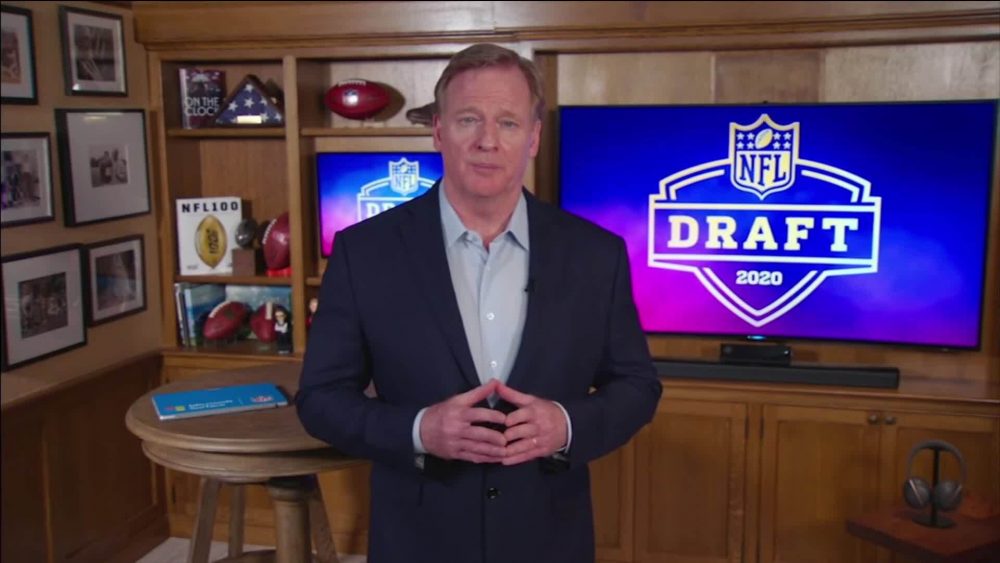 Commissioner Roger Goodell is leaving his basement for the shores of Lake Erie.

He’ll be joined on stage by top prospects and legends as the NFL holds the draft live in Cleveland from April 29-May 1.

Cleveland was awarded the 2021 draft in 2019 and all indications for the last several weeks were that it would be held on location, but the official word came Monday morning. Last year’s draft was held entirely virtually with coaches, general managers and players in their homes due to the COVID-19 pandemic.

Goodell announced the selections, including Alabama tackle Jedrick Wills to the Browns with the No. 10 pick, from his New York basement, but this year will be back on stage to greet college football’s best players as they realize the dream of making it to the NFL. Lake Erie will serve as the backdrop.

“This is one of his favorite weeks as he likes to interact with the incoming prospects,” NFL spokesman Brian McCarthy said on a conference call.

“He’s excited to get out of the basement,” NFL executive vice president of club business and league events Peter O’Reilly chimed in.

The attendance limit is still being finalized, but the NFL expects “tens of thousands” of people to take part in the three-day event that includes an interactive football theme park. The stage will be just north of FirstEnergy Stadium, the stadium, Rock & Roll Hall of Fame and Great Lakes Science Center will be featured and the event will stretch across downtown.

“We have a tremendous and sizable footprint on the shores of Lake Erie,” NFL vice president of event planning Jon Barker said.

“The general message is that certainly want to welcome fans, not only from Cleveland but outside, as well,” O’Reilly said.

The events will be free, held outside and subject to strict health protocols. The NFL is confident it can safely hold the draft after leaguewide attendance of 1.2 million during the 2020 season and 25,000 at the Super Bowl last month in Tampa, Fla.

The NFL, the Greater Cleveland Sports Commission, the Browns and the city built the plan following what the league considered the success of the Super Bowl.

“Certainly the three key categories will always be physical distancing, cleaning and the use of masks,” Barker said. “Specifically mask compliance will be a big part of the Draft Experience and the Draft Theatre and then certainly all the pieces of work that we’ll do around physical distancing throughout the entire campus.

“We’re quite confident in the plans that we’re going to bring forward to the draft in Cleveland, and excited for it.”

We’re ready for you, #NFLDraft.

ESPN and NFL Network will be on site to broadcast the three-day marathon, and the NFL expects other media to come to town to cover one of its flagship events. The draft is in its 86th year, and Cleveland’s first chance to host coincides with the 75th anniversary of the first Browns season.

The all-remote draft was a surprise hit last year because it showed a more personal side of the players being drafted, as well as the coaches and executives. The league will incorporate elements from that coverage, including going inside the homes of prospects who don’t make the trip to Cleveland.

And the teams will announce Day 3 picks from their facilities or wherever they choose to have a socially distanced and masked draft room.

But the NFL views staging a live draft as another sign of progress as vaccinations increase across the country. The draft will include the promotion of the vaccination effort as well as fundraising for those affected by the pandemic.

“We are looking to reflect where society is today,” O’Reilly said. “Which is having all of the right protocols in place and the right safety measures and pulling forward a lot of those virtual elements that are really powerful, but again point ahead to where we are all going and showing that we can effectively and safely produce and bring people together for large-scale events.

“Excited to bring this to life in Cleveland. … And give prospects that moment to walk across the stage as life-changing as it is.”

The NFL will release details over the coming weeks, and updates will be available on nfl.com/draft.

The Draft Theatre will be the viewing zone for the main stage and host invited guests, including the “Inner Circle” chosen by teams as draft ambassadors. They must be fully vaccinated.

The Draft Experience is an interactive football theme park, and fans need to register so the league can manage capacity. The NFL OnePass app is expected to be available to download next week. Fans will also have the opportunity to kick a field goal at FirstEnergy Stadium.

Cleveland is known for music and food, in addition to football, so headlining acts will perform on stage each day and a “Taste of Cleveland” will be incorporated.

“You are going to really feel throughout all of downtown that the draft is coming, that the draft is upon us,” Greater Cleveland Sports Commission president and CEO David Gilbert said. “We’re working with lots of restaurants and other venues downtown so they can feel ready, they can be welcoming fans. And we are also working on some other areas of downtown that when people aren’t in and around the draft they can have as many safe, outdoor spaces to watch the draft, to eat, to drink.”

Gilbert said the draft will be “proactively” marketed to states across the region.

“We are going to be encouraging people to make their trip to Cleveland to see the draft live and see all the city has to offer,” he said.

In an interview with The Chronicle-Telegram last month, he believed holding the draft would be a huge shot in the arm for the economy.

“You have so many small businesses, in particular restaurants, hotels and others that rely on visitors, that are struggling to survive through COVID,” he said. “On a comparative basis, you could make a case that a draft that still brings in lots of people but a fraction of what it might otherwise have been could be in odd ways more impactful than if this was two years ago or two years from now. What we know is no matter what, it’s going to be a very impactful event for Cleveland.”