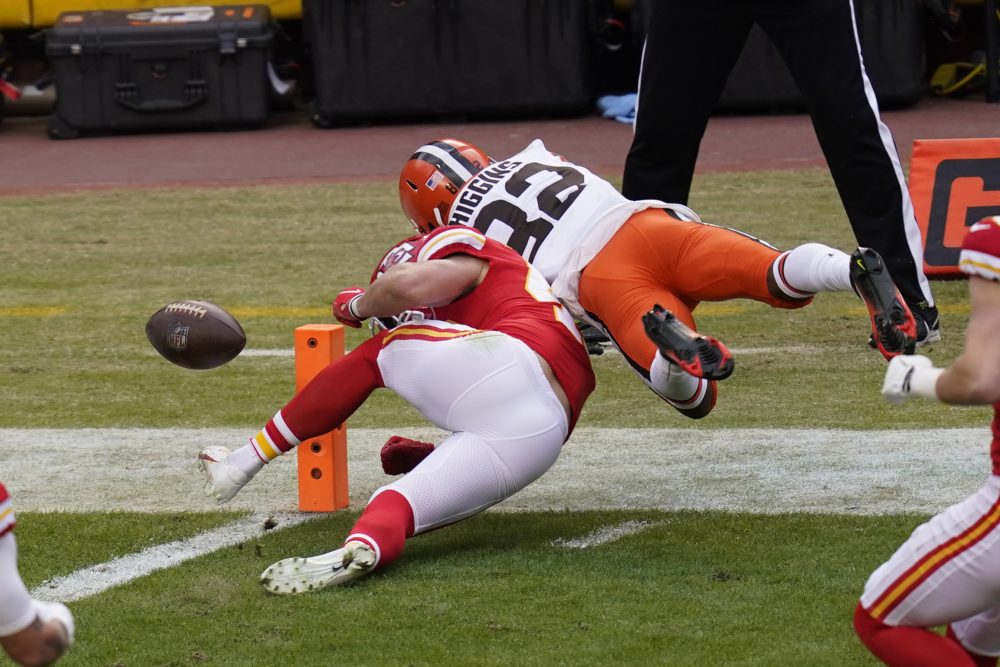 Rashard Higgins had options and offers as free agency played out last week.

He really had only one choice.

“Honestly, I knew where I wanted to be,” he said Friday on a Zoom call with reporters. “It was obviously a lot of teams hitting on me and I had decisions, but why not be a Cleveland Brown? I feel like all the pieces to the puzzle are in place.”

“I definitely had other offers on the table, but this was one that was a no-brainer,” he said from outside team headquarters in Berea.

Higgins, 26, listed a plethora of reasons for returning for a sixth season with the Browns. He has a relationship and chemistry with quarterback Baker Mayfield, who kept in touch with Higgins throughout the process. He appreciates the overwhelming fan support. The receivers market was hurt by the reduction in the NFL salary cap due to revenue losses during the pandemic.

Most importantly, he sees an opportunity to build on the Browns’ first postseason appearance in 18 years and first playoff win in 26 years.

“We just made a historic run,” said Higgins, who has 113 catches for 1,615 yards, 11 touchdowns and a 14.3 average in 67 games, including 12 starts. “Going to another team, how is that really benefiting me? Obviously for the money, you can say that, but the cap is down. To go somewhere for another million or 2 million, then you start over with a whole other quarterback, then you start over with a whole new playbook.

“What in another team would you be looking for? We’ve got everything that I need here as a Cleveland Brown. Why not?”

While Higgins looks forward to running it back with the same offensive unit, he wants to move on from the biggest moment in the 22-17 loss to the Chiefs in the divisional round of the playoffs. He spoke to reporters for the first time since his fumble out of the end zone for a touchback near the end of the first half.

“It was just football,” he said. “Looking back at it, it was a helmet-to-helmet hit. Not too much we can say about it. Move on.”

Higgins dived for the end zone, and safety Daniel Sorensen went low and put his helmet into the side of Higgins’ helmet. Higgins was vulnerable and the ball popped loose from his outstretched arms. It propelled forward, hopped three times in the end zone and squirted out the right side before diving tight end David Njoku could corral it. No penalty was called.

Higgins said the touchback rule that gives possession to the defense should be examined.

“That was a huge turning point in the game,” he said. “I still feel like we had a chance though at the end.

“I was just trying to spark something for the team. It was just a football play. It was just somewhat ironic that it was a helmet-to-helmet hit, and an incident like that, you would think something would be looked at, just because it is right there at the goal line. Obviously it was clear as day. The ref might not have had a good angle at it. It is a new year.”

After spending most of 2019 in coach Freddie Kitchens’ doghouse, Higgins found new life under coach Kevin Stefanski and his staff in 2020. He didn’t pout when he was a healthy scratch early in the year, then helped fill the huge void when Odell Beckham Jr. was lost for the season with a torn anterior cruciate ligament.

Beckham is expected to be back healthy for 2021, along with Jarvis Landry, KhaDarel Hodge, Donovan Peoples-Jones and JoJo Natson as the Browns are set to bring back the entire receiving corps. Higgins isn’t worried about a possible lack of playing time or targets.

“The cap was down so obviously there was not too much money to be made. Let’s just see how this year plays out. I have my quarterback, I have everything in line like I want it to be and I am just glad to be a Cleveland Brown.”

“Andrew Berry did a helluva job doing what he had to do to put us in position to succeed,” Higgins said. “We believe in this staff, we believe in each other and we have what it takes. Why not run it back and do what we did but even better this year?”

If Higgins had left, a voluminous and vocal segment of the fan base would’ve been devastated.

“The fan support for me in Cleveland is unbelievable,” he said. “To say Cleveland is not the best fan base in America, I do not know if there is a better fan base.

“Weighing my decision, did the fans have an impact on it? I can say yeah. Obviously I love our fans and they love me. I am just excited to be a Brown, and they are, too.”