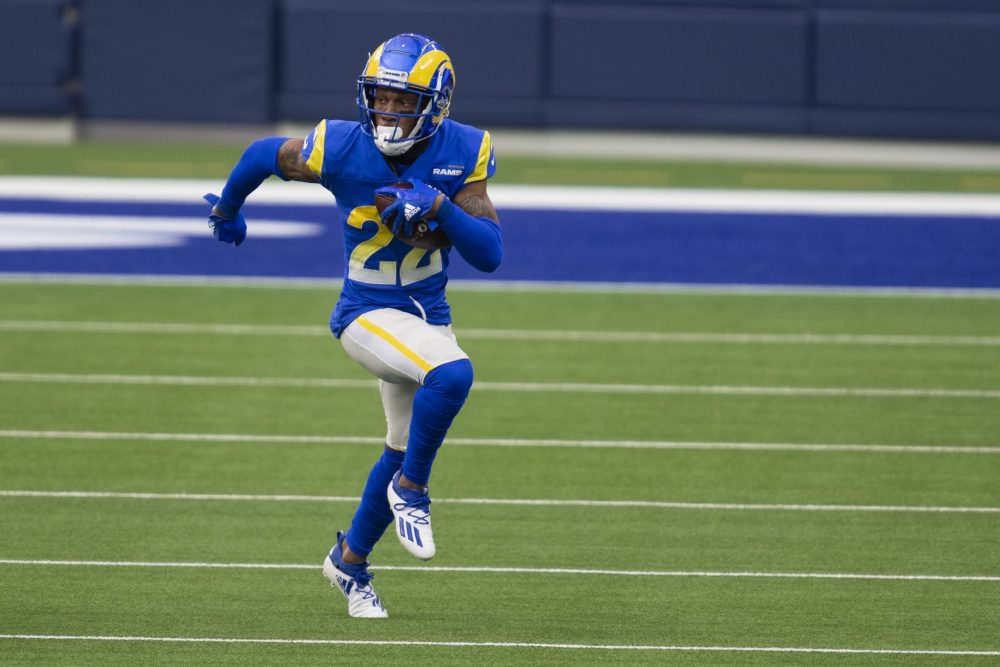 Troy Hill moved to California when he was 15 but credits Ohio with giving him a foundation for life. The hardships he encountered growing up in Youngstown taught him how to handle difficult situations.

So the versatile cornerback jumped at the chance for a “homecoming” when the Browns offered him a two-year, $9 million contract in free agency.

“Where they’re at right now and where I used to see them at when I was living in Ohio watching them on Sundays, just being able to see, ‘Oh, yeah, this program is turning around,’” Hill said Monday on Zoom. “What other place would I want to be rather than home when they go win that Super Bowl?

“Yeah, this is an opportunity for us to go win a Super Bowl.”

The Browns reached the playoffs for the first time in 18 years in January and won their first playoff game in 26 years. They lost 22-17 to the Chiefs in the divisional round.

“They’re missing a few pieces. They were a touchdown away from going to the AFC championship,” Hill said of the Browns. “I was like, ‘All right. I see what they’ve got over there. Let me come over there and bring my talents.’”

Hill, 29, has been gone from Northeast Ohio for nearly half his life, went to the University of Oregon and spent the last five years with the Rams. He cherishes the opportunity to come back.

“It definitely feels like a homecoming,” he said. “A lot of my family, blood relatives, are still out in Ohio, in Youngstown or Columbus. Just being able to come back home and give them the opportunity to make more games, even though that’s going to hurt my pockets with all the tickets, it’s an exciting process for me.”

He grew up a Broncos fan, citing the Browns’ three-year absence during his formidable years, and said he’s trying to unify his family that has split loyalties between the Browns and Steelers.

Hill learned valuable lessons in Youngstown before crossing the country.

“It was a little tough. A low-income city, so not really a lot of money being generated around there,” he said. “It is easy to become a product of your environment. At the same time, they all get through the adversity and it built a foundation for me to be tough and to be able to handle different things.

“I have nothing but respect for the city, and I love being from there because it gave me a foundation and a mindset to where I know I came from this, I know I can make it anywhere.”

He said he failed freshman year in Youngstown because he wasn’t going to school and realized he needed a change when he arrived in California.

“All the life events that I went through just kind of shaped me to become stronger,” he said.

Hill wants to open a charter school in Youngstown, following the lead of LeBron James in Akron.

“I feel like that is one of the purposes that I came back home to, and I feel like I can do a lot of help out there to bring this community back up,” Hill said.

After entering the league in 2015 as an undrafted free agent, he steadily established himself as a key contributor. He started 23 of 54 games from 2016-19 with four interceptions.

Hill (5-foot-11, 183 pounds) moved into the slot full time in 2020 and excelled. He started all 16 games, led the league with three defensive touchdowns and added a career-high 77 tackles, three interceptions and a fumble recovery.

“It was definitely a transition for me because of the routes and things, where I can funnel to my help when I am playing man,” he said of the move to nickelback. “I never really knew how successful I could be. I challenged myself as a football player.

“I feel like right now, even though I had a good season, there is still so much room for me to grow at the position. I am still fresh at it. I am excited for what Year 2 can bring for me just to keep on going and get a little more technique in there.”

He has the versatility to play outside but said the Browns plan to use him in the slot. Coach Kevin Stefanski called him a “complete nickel.”

“I think he can excel inside at that nickel,” Stefanski said last week on the in-house radio show. “You saw it, he’s competitive as all get out in coverage, he can run fit, he can blitz and he can play outside.”

The three touchdowns gave Hill a load of momentum.

“I always feel like if the ball is in my hands, I am a natural scorer since I was playing little league,” he said. “I am looking forward to this season and being able to repeat or even do better than that.”

Hill said the reunion with Johnson is “exciting” and going to be “epic,” adding Johnson plays with “passion, heart and can do it all.”

“In my opinion, that is the best safety out there,” he said. “You are getting a hell of a player in John Johnson and a hell of a human being.”

When the new guys are added to mainstays such as end Myles Garrett, cornerback Denzel Ward and tackle Sheldon Richardson, the expectations spike for the defense.

“There is no ceiling on what we can be,” Hill said. “We can be one of the best defenses in the league, if not the best. We have to come in, put the work in and show out every Sunday.”

Hill called former Browns cornerback Terrance Mitchell and said his glowing recommendation made it easier to sign. He can’t wait to play in front of the Dawg Pound.

“Growing up and knowing what Ohio football is and how much they cherish Ohio football and the fan base in Cleveland and everything that comes along with it, I’m excited to be out there,” Hill said. “It kind of reminds me of being a kid again.”

He was signed to the active roster off Cincinnati’s practice squad Jan. 4 and was inactive for both playoff games.

Ryan Switzer says “nightmare is over” after infant son has surgery
Browns to host J.J. Watt and Cardinals as NFL adds 17th game