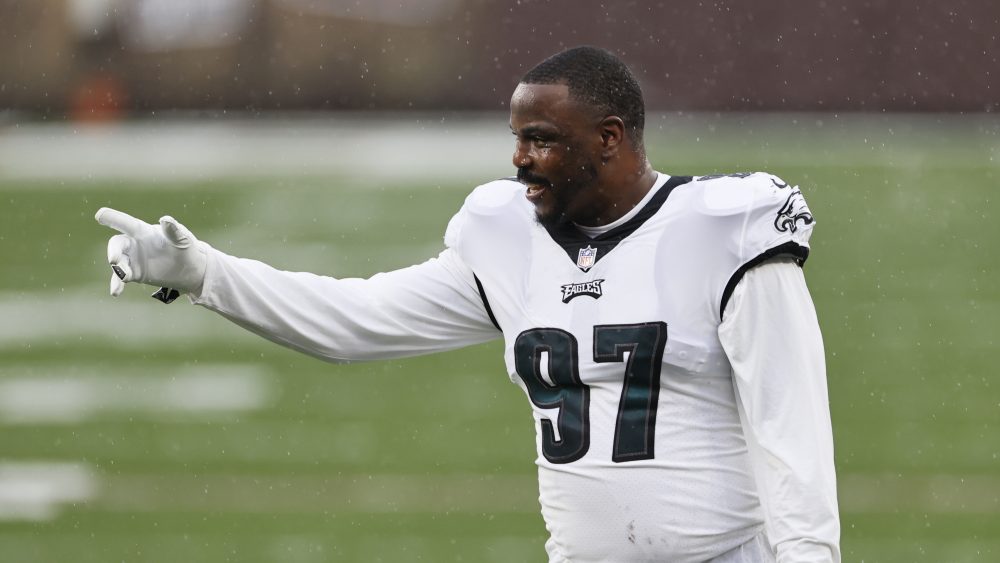 New defensive tackle Malik Jackson wants to be one of the pieces that push the Browns from playoff team to Super Bowl champ.

“I understand the free agency market isn’t what he probably wants, but things are bigger than monetary value and you get a chance to be on a good team and set yourself up for the future.”

Clowney, the No. 1 pick in 2014, visited Browns headquarters last week but left without a contract and remains unsigned. He signed a one-year, $13 million contract with the Titans last year and may be reluctant to take what looks to be a significant pay cut after getting no sacks last year, missing eight games and finishing the season on injured reserve after knee surgery.

“I am just coming in just trying to add a little bit more oomph,” Jackson said. “What they have been doing over there has been great.”

Jackson, 31, won a Super Bowl with the Broncos after the 2015 season and considers the Browns a legitimate championship contender after their playoff appearance in 2020 broke a 17-year drought.

“I think the day after the Super Bowl, if you’re not saying my team’s going to the Super Bowl next year, then you’re wrong,” he said. “I think you have to put yourself in the mindset of being great and expecting to be great.

Jackson faced the Browns last season with the Eagles and came away impressed.

“I’m excited to be able to help turn a culture around that’s already been turned around and be able to say I helped that team go even further than they did before,’’ he said. “That’s what I’m excited about, just trying to etch this team in history.”

Jackson spent the last two seasons with the Eagles. He missed all but one game in 2019 after suffering a Lisfranc fracture in his foot and returned to play 15 games last year. He said he continues to gain confidence following the surgery and believes he can get back to the player who had a career-high eight sacks in 2017 with the Jaguars as he made his lone Pro Bowl.

He was with coordinator Joe Woods for the Super Bowl run with the Broncos and said their strong relationship was part of his decision to sign. Jackson said he asked only for a chance to compete for a starting job and be a third-down pass rusher.

“He is consistent. He knows what he is talking about,” Jackson said of Woods. “He has been through the fire. For me, being with someone who won a Super Bowl, they understand who I was when I was younger and they can see me play and understand who I am now and see that I am the same guy. For me, that was important.

“I know Joe Woods is going to give me the opportunity to just go out there and fight and just try to earn things.”

In addition to Woods’ time with Jackson, general manager Andrew Berry was with him in 2019 in Philadelphia before he got hurt. For his career, Jackson (6-foot-5, 290 pounds) has started 73 of 126 games, totaling 35 sacks, 99 quarterback hits, 61 tackles for loss, 25 passes defensed, six forced fumbles and four fumble recoveries.

“We know Malik well as a person and as a player,” coach Kevin Stefanski said last week on the team’s in-house radio show. “And what you get in the player is somebody that can line up across the front. So we feel strongly that he’s a chess piece for Joe and the defensive staff to move him around based on the fronts that we’re playing.

“He gets off the ball, he’s a relentless player as he comes off with his long arms and can make plays in the run and the pass.”

Jackson’s focus is on providing a pass rush and said he’ll get better by practicing against one of the best offensive lines in the league.

“I am coming here to put pressure on that quarterback up that middle,” he said.

And add Super Bowl experience to a roster still short on playoff experience.

“I think knowledge of the unknown is a big key,” he said. “The team went far last year so I am hoping I am just a little bit of a push to help them go even farther and that way my knowledge deep in the playoffs can really shine.”

Jackson said the Broncos in 2015 talked a lot about their Super Bowl expectations, then backed it up.

“It’s one of those things that’s more on the actions than in the words,” he said. “You can sit here and say we’re going to win the Super Bowl and that’s all good after the Super Bowl in February, March and April. But when you get with the team in June, July, August, September and then the season starts, it needs to be actions from there on.”