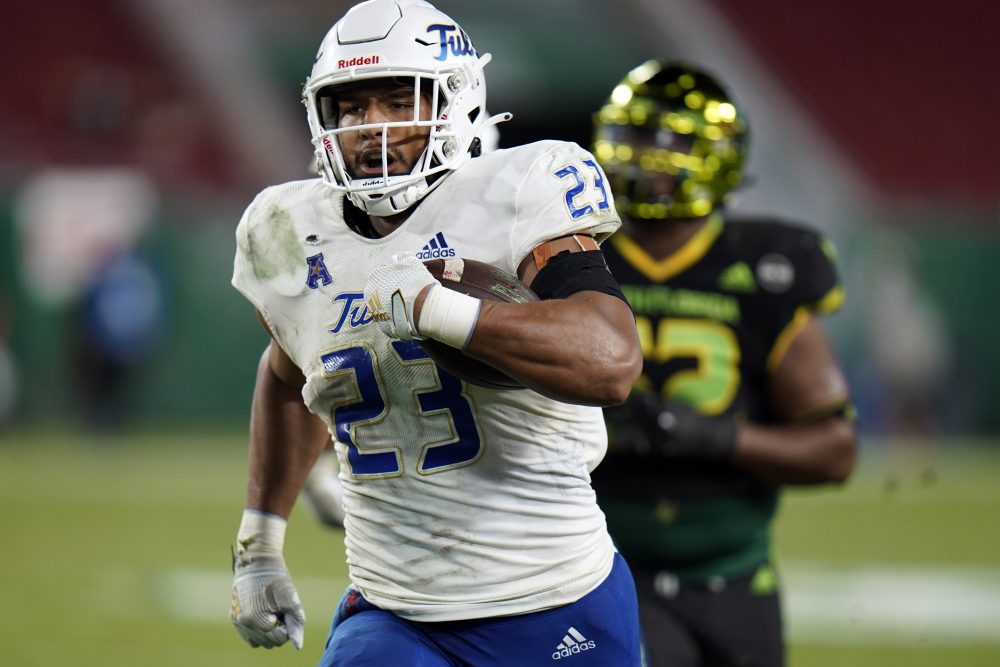 University of Tulsa linebacker Zaven Collins won’t come to Cleveland for the NFL Draft, choosing to celebrate at home with family and friends.

He’d be thrilled to make the trip if the Browns take him at No. 26 on April 29, as some mock drafts predict.

“I love the organization. I love the program. I love all the coaches there,” Collins said Thursday on Zoom ahead of his pro day Friday. “It’s just one of those things like I have no choice. Wherever I’m going to go, I’m going to fit in because I know I will. I’ve done it every time in my life.

“I like to be around people, enjoy people, make people’s day better and it seems like they have that going in their program already. They’ve completely changed the culture the last couple years, and it seems like a great program.”

Collins (6-foot-4, 260 pounds) has met virtually with the Browns and is the latest player to bring up the shift in perception of the organization. Safety John Johnson III, cornerback Troy Hill, linebacker Anthony Walker and defensive tackle Malik Jackson mentioned it as a reason for signing as free agents last month.

The Browns don’t have a dire need at linebacker after signing Walker to play in the middle and re-signing Malcolm Smith to play in passing situations. But if Collins is available late in the first round, general manager Andrew Berry might decide to take the best player available and bolster the middle layer of the defense.

He’s built like a defensive end but wants to spend most of his time off the line. He enjoys running sideline to sideline and dropping in coverage and filled up the stat sheet at Tulsa.

Even though Collins made it clear he’s an off-the-ball linebacker regardless of scheme, he conceded it’s fun to think about coming off the edge opposite Browns All-Pro end Myles Garrett.

“Yeah, that quarterback’s probably in trouble,” Collins said. “He’s a little bit bigger than me and he moves well, bends around the corner.

“We’re honestly in two different positions, but great motor, great knowledge of the game, phenomenal athlete.  He’s just got God-given abilities — you can’t argue with God — so that’s what puts him above a lot of people, plus his work ethic and knowledge for the game.”

Collins grew up in the small town of Hominy, Okla., 43 miles outside of Tulsa. He said he was too close in age to Baker Mayfield to be a fan of his while he starred for the Oklahoma Sooners. Collins was a redshirt freshman during Mayfield’s final year in college.

Collins’ explosiveness and playmaking were obvious during games, but he can answer any questions about having the requisite speed to play off the ball with a solid time in the 40-yard dash at the workout Friday.

“I’m excited for tomorrow,” he said. “Film on the football field and making those plays definitely got me to where I want to be. I feel like this is just kind of the icing on the cake type of deal.

“I’m taking it very seriously. I don’t take it lightly whatsoever, but I do feel like going out and playing football has probably a little more importance than pro day, just because you don’t do the pro day to play football. You do the pro day just to see what you can do. You play football to kind of translate that over.”

The combination of size, athleticism and playmaking in space is so rare, Collins doesn’t believe there’s a comparison for him in today’s NFL.

“I really don’t have a comp that’s kind of similar to me, because most linebackers like me have disappeared,” he said, mentioning Hall of Famer Brian Urlacher. “People my size are usually on the edge rushing.”