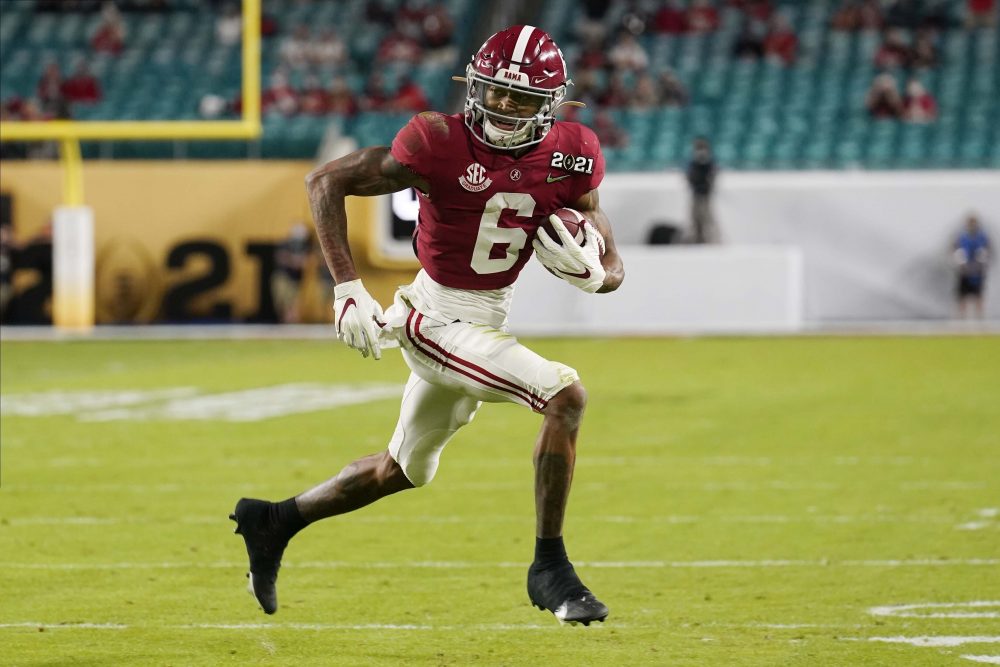 Heisman Trophy winner DeVonta Smith of Alabama is scheduled to appear in person in Cleveland at the NFL Draft later this month.

Smith, the wide receiver projected to be a high first-round pick, is among a group of players who have accepted their invitations to attend the draft.

The NFL announced last month that some of the top prospects were being invited to Cleveland. The league is hoping to incorporate some of the city’s best-known locations along Lake Erie: FirstEnergy Stadium and the Rock & Roll Hall of Fame.

Last year’s draft was held virtually because of the COVID-19 pandemic as Commissioner Roger Goodell hosted the 2020 event from his New York-area home. He will be in attendance this time in Ohio.

Smith won’t be the only member of the national champions in attendance. Quarterback Mac Jones, defensive lineman Christian Barmore and cornerback Patrick Surtain II will be there as well.

Jones, Smith, Pitts and Surtain were all members of the AP All-America first team in 2020, while Barmore was on the third team. And Chase, Rousseau and Parsons were first-teamers in 2019.