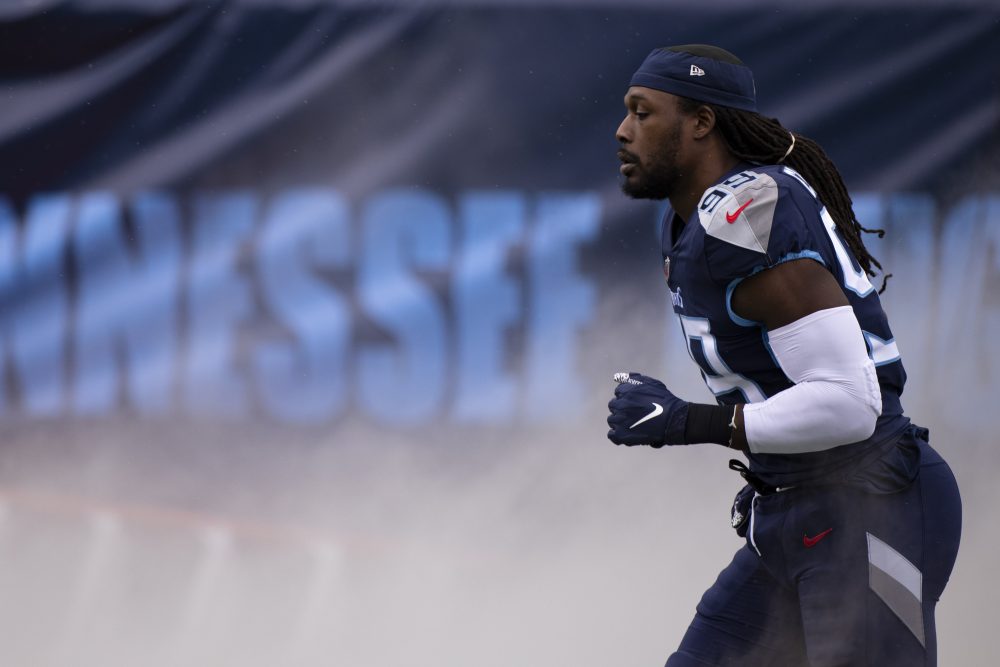 The hype surrounding Jadeveon Clowney when he entered the NFL was out of this world. He was the No. 1 pick in 2014 and a legend after one of the greatest highlights in college football history.

Seven years and three Pro Bowls later, Clowney feels he hasn’t fulfilled that vast potential but it will be something to behold when he does. The powerful defensive end believes the time is now after signing a one-year deal worth up to $10 million with the Browns on Wednesday.

“I just want to show that I’m still an elite player,” he said on a Zoom call with reporters. “It’s more about proving myself than anything, to prove to other people I can still dominate.”

Clowney’s made many game-changing plays in the NFL, including four touchdowns. None is remembered like the Outback Bowl hit that paved the way for him to be the No. 1 pick. Clowney, playing for South Carolina, shot into the backfield and hit the Michigan running back so hard, his helmet flew 5 yards backward and he fumbled, with Clowney recovering.

“I don’t think everybody got to see the person they drafted yet,” Clowney, 28, said. “I think I’m working back toward that, but I’m well on my way now.”

He blamed a string of injuries for slowing his career, including a knee injury as a rookie that required the serious microfracture surgery. He also had back, foot and elbow injuries that cost him time, then had core muscle surgery following the 2019 season and surgery to repair a torn meniscus that ended his 2020 season after eight games.

“I think the Pro Bowls, it’s funny, because I ain’t never really been all the way healthy to the point where I felt like nothing was bothering me,” Clowney said. “But I still can dominate this league, I know that. So if I ever reach my maximum potential and get back there like I feel now … they say the sky’s the limit, but there’s probably higher than that. They’ve got footprints on the moon. That’s what we’ll try to reach. I just want to stay healthy.”

Clowney has three sacks over the last two seasons — the last Nov. 11, 2019 — and 32 in 83 career games. But he has 86 career quarterback hits and has consistently received high grades from Pro Football Focus.

He hopes being paired with fellow No. 1 pick Myles Garrett will free him to terrorize quarterbacks. Garrett, an All-Pro defensive end, was the top pick three years after Clowney and has 42.5 sacks in four seasons despite consistent double teams.

Opponents will have to pick their poison, and Clowney expects Garrett to attract the extra attention.

“I am looking forward to playing with somebody who is dominant on the opposite side like a Myles Garrett, who can draw a double team,” Clowney said. “Maybe I can go one-on-one more.”

He’ll welcome the respite after facing double teams 28 percent of the time over the last three seasons, third most in the NFL, according to ESPN Stats & Info.

“It’s definitely frustrating, man,” Clowney said. “You game-plan all week to go against one person and then you go into the game and all of a sudden there’s two people in front of you or somebody there to chip you the whole game.

“You know it’s a good thing for you if they’re doing that to you, they still notice you out there making plays and you can affect the game. I take it as a plus and a minus. They respect me on one hand, but it ain’t good for me to have all these guys in front of you and you are trying to get to the quarterback.”

Clowney has started 74 of 83 games in his career with nine forced fumbles, eight fumble recoveries, an interception, 18 passes defensed, 255 tackles and 75 tackles for loss.

“Jadeveon’s play-to-play impact on the game, whether it’s the run game as a rusher, lined up as a three-technique or lined up as an end, is something we really value,” general manager Andrew Berry said. “We think he’ll really be beneficial for us in our defensive system.”

“I am just here to help out, do my job and play hard,” Clowney said. “I am definitely going to play hard. Everybody knows that.”

The move generated even more excitement for a team coming off its first playoff win in 26 years and with Super Bowl expectations.

“This is a nice birthday present,” quarterback Baker Mayfield, the No. 1 pick in 2018, posted on Instagram.

Garrett has been chasing Defensive Player of the Year since he entered the league. Clowney also has that as a goal for 2021.

“With my potential and the way I play the game, if I can stay healthy, yeah, I should not be far away from being Defensive Player of the Year,” he said.

He and Garrett can duke it out.

“At least for All-Pro, I know that — one and two, something like that,” Clowney said.