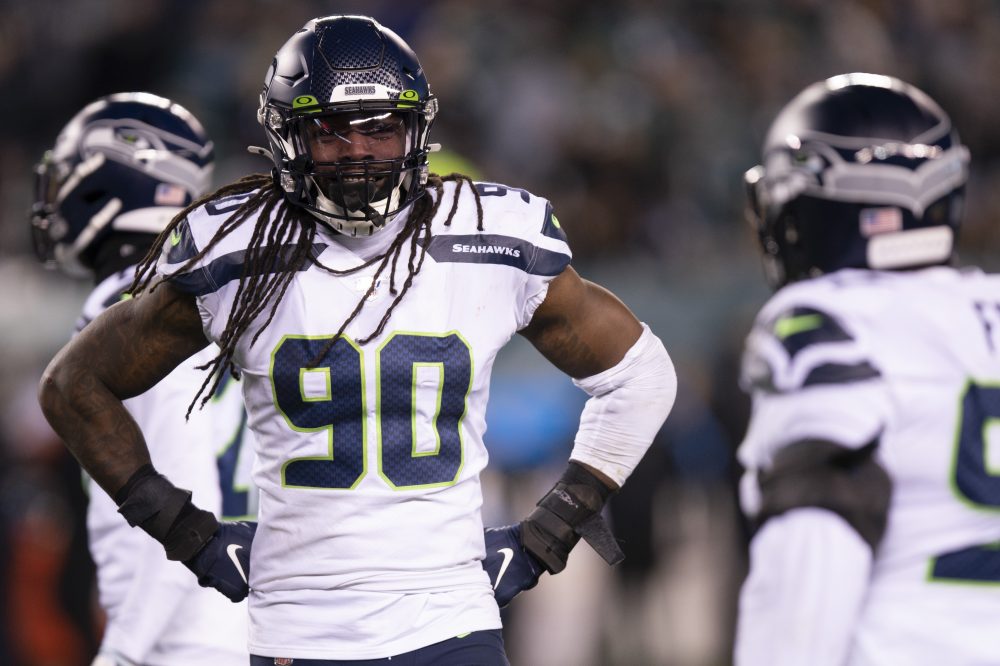 The Browns finally got their man. Like a determined defensive end fighting through a double team then corralling the scrambling quarterback.

Jadeveon Clowney gets a chance to rejuvenate his career. Opposite Myles Garrett in a defensive end tandem of No. 1 overall draft picks.

A year after first pursuing Clowney, the Browns landed him Wednesday with a one-year contract. The base salary is reportedly $8 million and he can make up to $2 million more in incentives.

Clowney, 28, turned down a better offer from the Browns a year ago to sign a one-year, $13 million with the Titans. When he became a free agent again, Cleveland general manager Andrew Berry wasn’t deterred.

“He was relentless getting after me and trying to get me up here, and I am going to be relentless on that field for him,” Clowney, the top pick in 2014, said in a Zoom call.

Berry’s perseverance paid off and meant a lot to Clowney.

“That was another big part in me making my decision,” he said. “They wanted me, and when you are wanted by somebody, you can’t just turn it down like a relationship — a woman keeps trying — so I am ready.”

Clowney changed agents since last year and said the new one, Kennard McGuire, convinced him to take a visit to Browns headquarters March 24. Clowney was impressed by the organization and “laid-back and straightforward” coaching staff.

The return visit Wednesday sealed the deal, and he passed a physical following a career of injuries, including knee surgery that ended his 2020 season after eight games.

The biggest difference from a year ago is the perception of the Browns. They reached the postseason in 2020 for the first time in 18 years and won their first playoff game in 26 years. After a series of defensive additions in free agency, they’re widely considered Super Bowl contenders.

“They are winning. They have a great team,” Clowney said. “I get to play with great players beside me.

“It is a great feeling knowing you can come to a team that is already on the up and I can just come fit in and try to help them get over that hump and get to the Super Bowl.”

Berry showed the same resolve and commitment to his talent evaluation when he signed pass rusher Takk McKinley to a one-year, $4.25 million deal at the start of free agency after trying to trade for him and claim him on waivers last year. Berry thinks Clowney is a fit with Garrett, McKinley and the rest of the refurbished defense.

“We love his relentless style of play,” Berry said of Clowney in the news release. “He’s one of the more disruptive players in the game and we think he’s going to add an element of ruggedness along our defensive line and will pair nicely with many of the guys we have on the roster already.

“The other thing we love about Jadeveon is his versatility, his ability to play all across the front and impact the game regardless of his alignment.”

As Clowney struggled to stay healthy — 2017 was the only season in which he played all 16 games — he’s also been unable to find a long-term home.

The Browns are his fourth team in the last four seasons. The Texans traded him to the Seahawks in 2019, then he signed with the Titans last year. The Titans let Clowney return to the market after no sacks, six quarterback hits, 19 tackles, four passes defensed and a forced fumble.

Clowney and McKinley, the No. 26 pick of the Falcons in 2017, will share the end spot opposite Garrett. The Browns also have tackles Sheldon Richardson, Malik Jackson, Andrew Billings and Jordan Elliott.

“All of those guys are very talented players. They all have their own specific styles,” Berry said of the ends. “We certainly love the physical gifts but the other thing we love is how hard all three of those guys play. You really have to be relentless to be an effective defensive lineman in the NFL and that’s a trait we think all three of those individuals have.”

Clowney and McKinley replace Olivier Vernon and Adrian Clayborn, who combined for 12.5 sacks in 2020. Vernon is a free agent and suffered a ruptured Achilles tendon Jan. 3, and Clayborn was cut to clear salary cap space.

McKinley, who has 17.5 sacks in 49 games, is considered a better pass rusher than run stopper. Clowney (6-foot-5, 255 pounds) is a force against the run and should benefit as a pass rusher from the double teams Garrett draws.

Despite disappointing sack numbers — 32 in 83 games — Clowney has generated pressure with 86 quarterback hits. Pro Football Focus has consistently given him good grades, including a 74.9 overall mark in 2020 that ranked 19th in the league among edge rushers. In 2019, PFF graded him at 87.3 overall, 80.8 against the run and 79.1 as a pass rusher.

Mailbag: How much is too much to pay Jadeveon Clowney? What position to target at No. 26?

Clowney has started 74 of 83 games in his career with nine forced fumbles, eight fumble recoveries, an interception, 18 passes defensed, 255 tackles and 75 tackles for loss. He has four return touchdowns.

“It is a bunch of talent on that defense, even in the secondary and all of the way to the front,” Clowney said. “I think we are going to find out how special of a group we are when it comes down to it and training camp gets here.”

The Browns can still draft an end with the No. 26 pick April 29, especially with Clowney and McKinley on one-year contracts. But the position has become much less of an urgent need and probably falls behind cornerback in the pecking order.

The Browns have three overall No. 1 picks. Garrett was the top choice in 2017, and quarterback Baker Mayfield followed the next year.

JC Tretter, NFLPA continue to urge players to skip in-person offseason program, and Bucs, Broncos and Seahawks say they will
Jadeveon Clowney out to prove he can still dominate, expects Myles Garrett to make his life easier