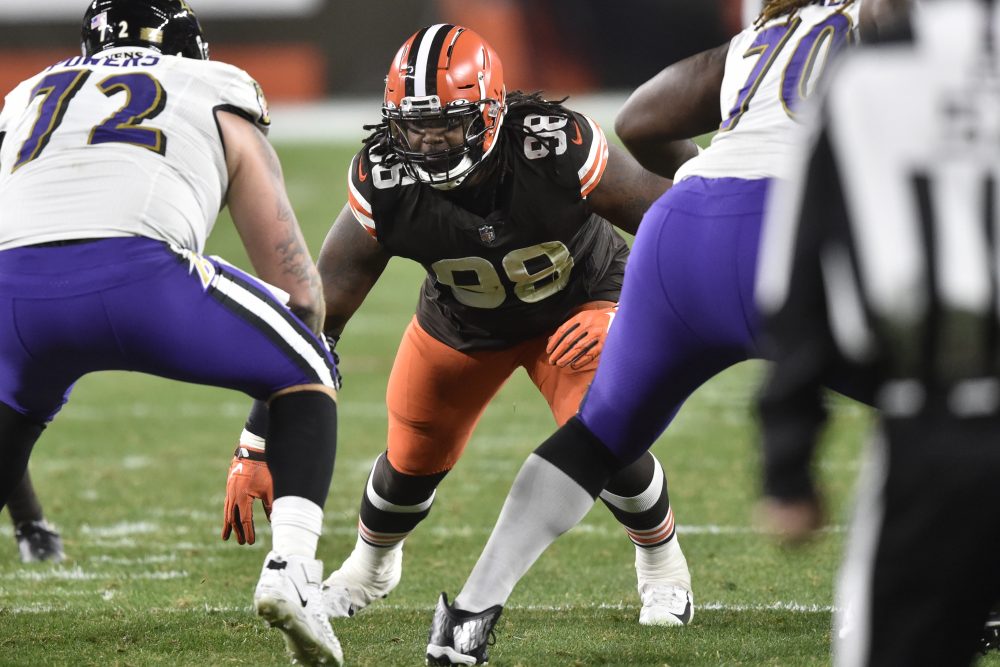 General manager Andrew Berry declined to get into the specifics of why he elected to cut starting defensive tackle Sheldon Richardson in a salary cap move last week despite having more than $10 million in room. The release gave the Browns another $10 million in cap space.

“Obviously it was a cap-related move from our perspective, but obviously Sheldon did a lot of good things for us — a good guy, a good player,” Berry said Friday on a Zoom call. “Those decisions are always very difficult.

“Sheldon is a big loss. He was a big part of what we did last year. He had a really strong presence in our locker room.”

Berry said it’s “certainly possible” Richardson could re-sign but it would have to work financially for the player and team.

The pass rush will have new faces in ends Jadeveon Clowney and Takk McKinley and tackle Malik Jackson, who were greeted with varying degrees of fanfare when they signed as free agents. Curtis Weaver is under the radar but has the potential to be another addition at end.

The Browns claimed him in August after the Dolphins, who drafted him in the fifth round last year, put him on waivers after he tore a ligament in his big toe. He spent all season on injured reserve but had 34 sacks in three seasons at Boise State.

“Curtis is a guy who we liked throughout the draft process,” Berry said. “He was a very productive rusher at Boise State, an athletic guy and probably a little bit more technically developed than most edge guys that we see come into the league. When he became available, we felt like he was a good young player to really add to the mix.

FOR THE WORLD TO SEE

The NFL released more free tickets for the NFL Draft Experience, and registration is available on the NFL OnePass app. The league said Friday fan capacity had been raised and will be approximately 50,000 per day. Much of the venue is outside along the lakefront and downtown.

“What I am most excited for is the nation to see the passion of the region and honestly for them to see what we all appreciate so much about the city and why we love Cleveland so much and really just the passion of our fan base,” Berry said. “I am excited for Browns fans to be very loud and visible next Thursday, Friday and Saturday and really for the whole nation to see our beautiful city.”

Berry revealed that after the long draft evaluation process, the team has 114 players it views as “draftable.” It has 54 more considered priority free agents.

Although the 114th pick is made in the fourth round, Berry said 115-130 draftable players is normal for teams on which he’s worked.

** Berry credited the medical staff with finding creative solutions so Berry could have the necessary injury information despite the lack of a normal combine to evaluate players.