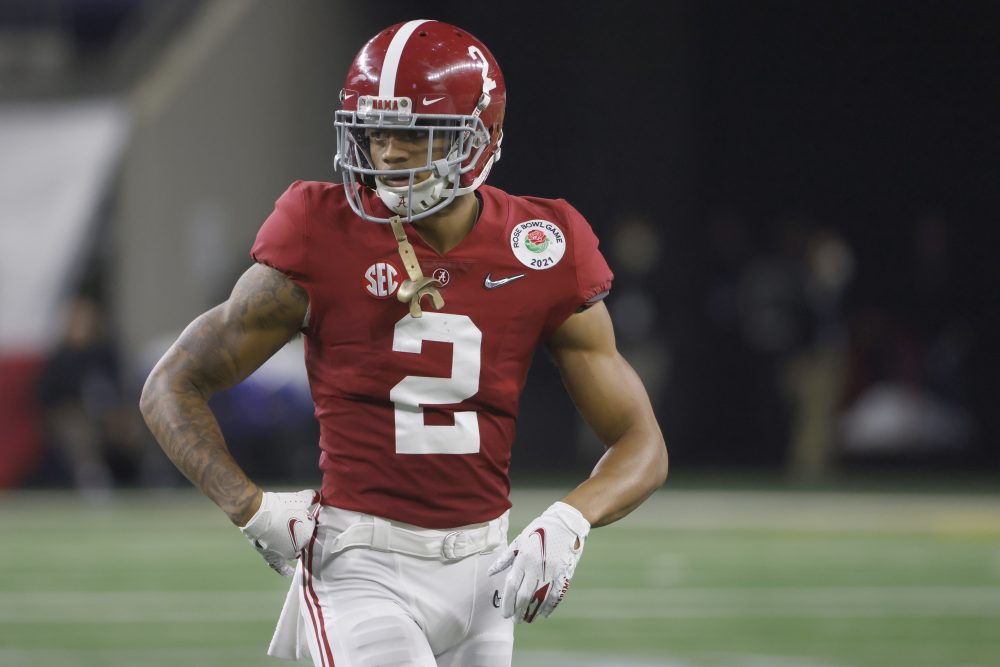 Nick Saban just missed out on coaching Patrick Surtain in the NFL. Saban was hired as Dolphins coach in 2005, and Surtain was traded before the season to the Chiefs after seven years and three straight Pro Bowls with Miami.

Saban made sure he got to coach Patrick Surtain II, winning the recruiting battle and landing him at the University of Alabama. Surtain II is expected to be the first cornerback drafted Thursday night and could go in the top 10.

Saban sees glimpses of the father when he watches the son on the field.

“His dad was a very instinctive player and a great player,” Saban told The Chronicle-Telegram in a recent phone interview. “I think sometimes some of those instinctive qualities can be passed on.”


The Surtains aren’t alone. Three of the other top cornerback prospects in the draft have fathers who had long careers in the NFL.

“The transition is not going to be a big deal to those guys,” he said last week on a conference call. “They’re comfortable. They grew up around teams and locker rooms. They don’t get carried away with the highs or the lows because they’ve seen their dad experience all that stuff and he’s been able to kind of guide them through that. I think it’s very helpful.

“This year is unique with all these guys — I mean, gosh, it’s Surtain, Horn, Samuel, Molden. I’ve never seen anything like where we’ve had this many guys at one position. I think it’s pretty cool.”

The sons describe varying degrees of involvement in their football careers from the fathers. At one end of the spectrum is Surtain Sr., who coached his son and Georgia’s Tyson Campbell (another highly regarded corner prospect) at American Heritage Schools in Plantation, Fla.

“I’m sure that Patrick Sr. is a very, very good secondary coach,” Saban said. “I interviewed him one time here for a secondary job a few years ago and he’s very knowledgeable, he had a lot of good coaches in the league, so I’m sure coming up young Pat benefited from that in terms of his development.”

Surtain II said playing for his dad was all positive.

“The best part is just learning from him each and every day, taking his knowledge with me and carrying it on,” Surtain said at his pro day. “He’s a great coach, he wants you to do better to perfect your craft each and every day.

“When you’re around him, you understand that he wants what’s best for you and he’ll coach you like it. At the end of the day, it’s all love.”

Jaycee Horn is the outlier because his dad and brothers are receivers.

“I’m the only guy on the defensive side,” Jaycee said. “What’s crazy is my dad pushed me that way, just because of the aggression I had growing up and with my ball skills he always harped on that if I could do that at the corner position one day I would make a lot of money.”

Surtain and Horn are likely to be long gone by the time the cornerback-needy Browns are slated to draft at No. 26 on Thursday night. Samuel and Molden are candidates at No. 26 or in the second round, where the Browns would likely have to move up from No. 59.

Some scouts view Samuel as a nickelback because of his size (5-foot-10, 180 pounds), but he believes he can excel outside.

“They try to look at my height and things of that nature, but I’m the same size as Jaire Alexander, and he’s a dominant NFL cornerback right now — one of the best in the league. I feel like size doesn’t matter. It’s about the heart, and the dog mentality you have on that field.”

Jeremiah is a big fan.

“I love Asante Samuel Jr. I think he’s just a playmaker,” he said. “He doesn’t fit everyone. But if you want to play off (coverage) and just let him see the field, see through the receiver to the quarterback and drive and make plays, he’s going to be coveted.”

Samuel and Horn said their fathers wanted them to find their own paths regarding football but acknowledged the benefit of having a dad who played in the NFL.

“He was never a dad who forced anything upon me but you know he’s always there whenever I have a question,” Molden said.

Having a famous dad in the same profession comes with drawbacks — the questions, the expectations and the comparisons.

“I’m not trying to compare my career and his career,” said Surtain, who’s likely to be picked a round earlier than his dad was. “He had an ultimately great career, he had a 12-year career.

“I can control what I can control by going out there and playing my game the best that I can. His legacy is his legacy and I’m trying to build on my legacy.”