Notes: With the No. 1 pick … Brittan Berry, wife of GM Andrew, starts draft day by giving birth to 3rd child 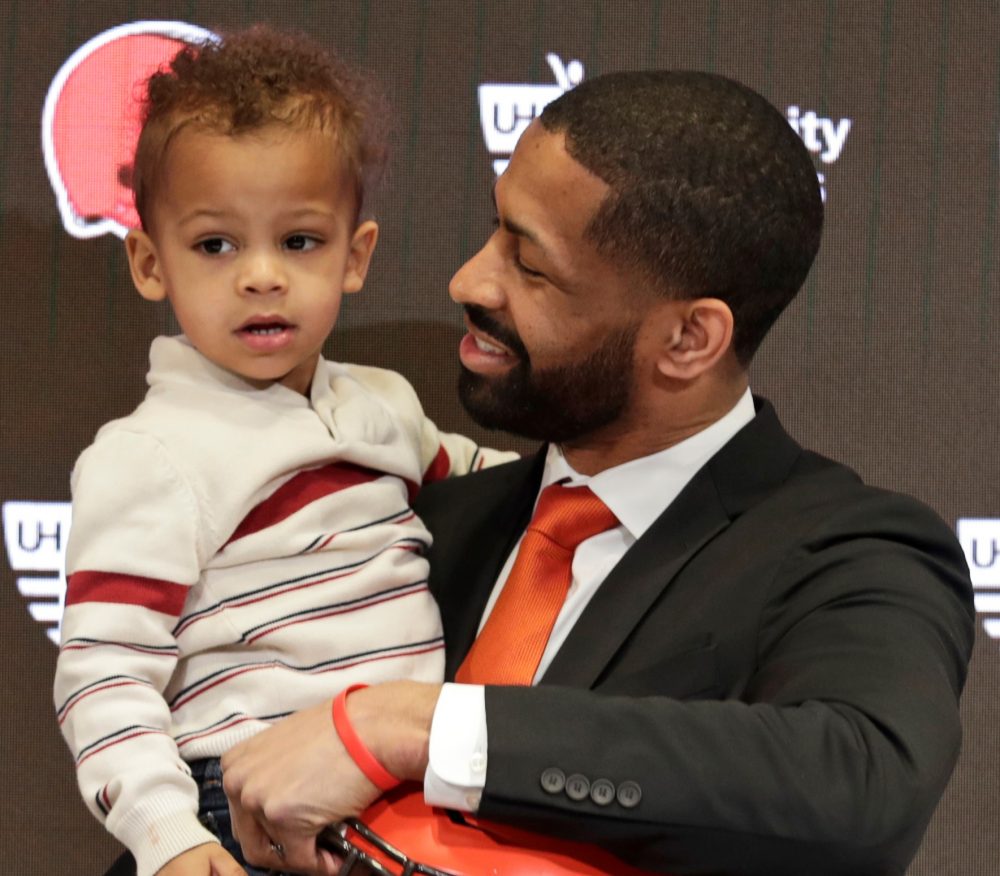 Browns general manager Andrew Berry didn’t wait until the No. 26 pick to make the most important addition of the draft.

“Well, if you are wondering who the real first round pick is of the 2021 NFL Draft… Meet Eden.” Brittan tweeted. “Came on Draft Day, exactly like we asked her NOT to.”

Well, if you are wondering who the real first round pick is of the 2021 NFL Draft…
Meet Eden.
Came on 🏈Draft Day🏈, exactly like we asked her NOT to. https://t.co/rEd1Z6If4k

Andrew Berry was back at team headquarters Thursday night for the first round of the three-day draft. He selected Northwestern cornerback Greg Newsome II at No. 26.

“It has obviously been a very memorable day in the Berry household, so I want to just take a little bit of time just to No. 1 say thank you to all the staff at University Hospitals St. John’s Medical Center, give a shout-out to my wife, Brittan, who is a trooper and then just say hi to my new baby girl, Eden,” Berry said. “It has been a whirlwind of a day but a really, really positive one for my family.”

“I am running on pure adrenaline right now,” Berry said.

Commissioner Roger Goodell walked onto the stage at the beginning of the draft accompanied by Browns legends Bernie Kosar and Joe Thomas and Landry.

Goodell, as is customary, was greeted by boos. They quickly turned to raucous cheers when the Browns trio was introduced.

“How ’bout them Browns, huh,” Thomas said before barking and leading the famous chant. “Here we go, Brownies, here we go!

“Let’s get this draft started.”

“We can’t wait to have you back at FirstEnergy Stadium and every stadium across the league this year,” he said.

Honored To Be Next To These Gentleman Representing Cleveland #NFLDraft pic.twitter.com/gdbLGLRQQJ

The players getting picked and the spectacle along the lakefront obviously draw the attention with the draft being held in Cleveland for the first time. But the event comes with plenty of ancillary benefits.

The NFL scheduled several community events for the week with the Browns a main participant.

Owner Dee Haslam was on the “Stay in the Game” panel Thursday at Progressive Field to discuss the link between school attendance and student success. The Browns have promoted the cause for years.

“Our passion has always been education,” she said, via the video on Facebook. “We believe that every kid deserves a quality education, no matter where they live.”

** Dee and Jimmy Haslam, coach Kevin Stefanski and NFL executives are scheduled to break ground on an athletic field at Shaw High School today at 1 p.m. It’ll be the 10th synthetic field installed by the Browns across Northeast Ohio, including at Lorain’s George Daniel Field.

** JW Johnson, executive vice president and partner of the Browns, participated in the “Fighting the Digital Divide” discussion.

“Sometimes things don’t play out the way you planned it. But so what?” Mayfield said. “When things didn’t work out, you found your own path. Seems like you always find a way, and that’s what’s going to allow you to put your own stamp on the league.

The fourth-grade class included him on a mural of Browns it painted. Garrett heard about it and stopped by to talk to the class.

The Browns may dodge Aaron Rodgers in the fall. They’re scheduled to play in Green Bay, but Rodgers reportedly wants out of his longtime home.

The dates of the game and the entire schedule will be released May 12.

** Cornerback Denzel Ward told News 5 Cleveland he’s considering switching from No. 21 to No. 4 after the league relaxed its jersey number rules. He wore No. 4 at Nordonia High School.

Notes: Jimmy Haslam pleased with Baker Mayfield’s growth as player and leader, will let Andrew Berry decide when to do contract extension
Notes: Greg Newsome II set to fulfill promise to mom, graduate this quarter after only 3 seasons at Northwestern