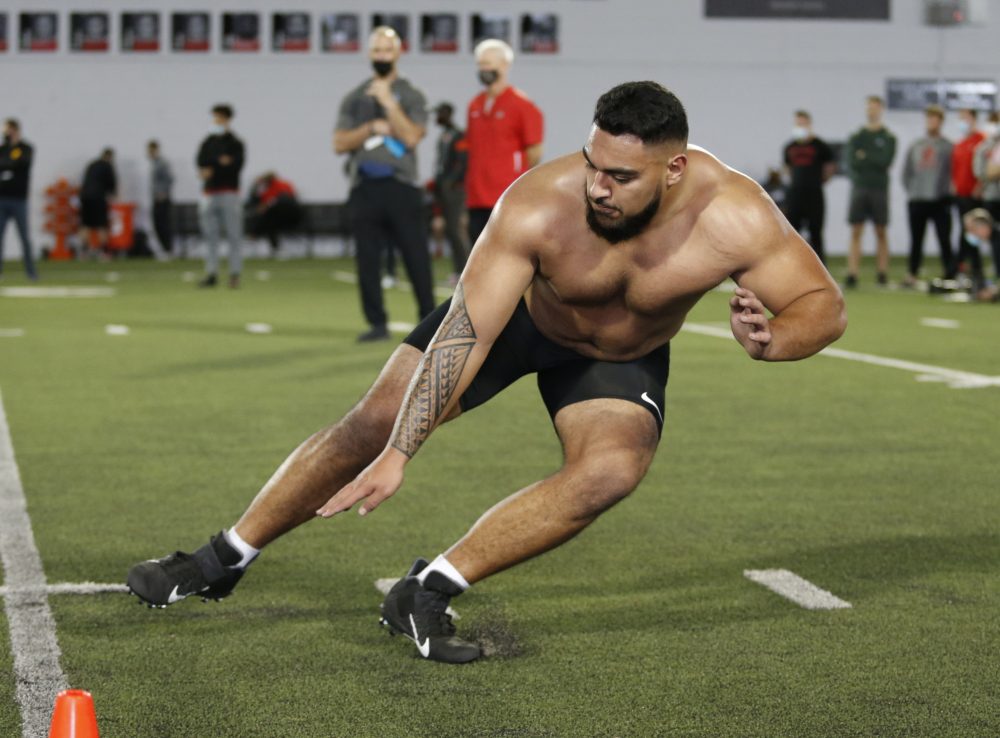 The Browns didn’t have to look far for their second fourth-round selection.

Cleveland took Tommy Togiai with its second pick of the day, a standout junior defensive tackle from Ohio State. The pick was No. 132.

Dan Saganey, Browns director of player personnel, praised Togiai’s ability to disrupt the run game, adding that he shows power and quickness coming off of the ball. Cleveland needed to add depth at defensive tackle after losing veterans Sheldon Richardson and Larry Ogunjobi in the offseason.

At 6-foot-2, 296 pounds, Togiai was one of 18 true freshmen to see playing time in 2018 after entering the program as the No. 3 defensive tackle prospect. His playing time increased as he developed, appearing in all 14 games as a sophomore with 16 tackles, two for a loss.

In 2020, Togiai earned second-team All-Big Ten Conference honors by both the coaches and the media with 23 tackles, 4.5 for loss and three sacks.

DRAFTED: Fourth round, No. 132 overall

NOTABLE: Played in 33 games with seven starts during his college career. Togiai recorded 23 tackles, 4.5 for loss and three sacks in seven of the team’s eight games in 2020. Named second-team All-Big Ten Conference in 2020 by both the coaches and the media.

** He was one of 18 true freshmen who saw playing time in 2018 after coming into the program as the No. 3 defensive tackle prospect in the country, and the No. 55 overall player according to 247Sports.

** He was the first player from Idaho to sign with the Buckeyes. Named the Gatorade Idaho Player of the Year and a three-time first-team all-state selection.