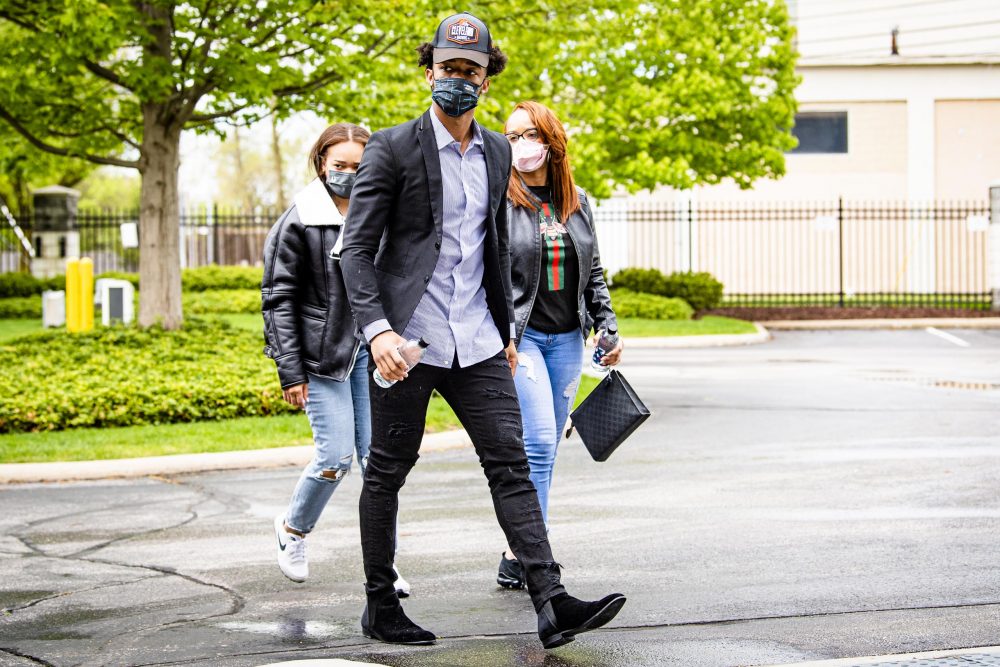 CLEVELAND — If Browns fans believe Greg Newsome II appears to be too mild mannered to be a first-round draft pick, Northwestern coach Pat Fitzgerald wants them to know there’s no need to worry.

“(He’s a Clark Kent character), like a really nice guy off the field, just kind of really studious and a great dude, then he goes on the field and becomes Superman,” Fitzgerald said. “He just does things that not very many humans on this planet can do … (but) I don’t know if there’s a Kryptonite for him.”

The Browns won’t need Newsome to leap tall buildings or outrace speeding bullets, but they are certainly hoping he will become a shutdown cornerback that will erase the question marks surrounding Cleveland’s secondary and turn the unit into a team strength.

For his part, Newsome spent a good portion of his Zoom meeting with the Cleveland media talking about his future teammates as if they were the superheroes.

“With my teammates, just some of the guys reaching out to me whether that was text message or quoting me on Twitter, that just shows the brotherhood of this team,” Newsome said. “I have yet to meet any of them personally, but as soon as I got drafted, they were welcoming me with open arms already so I just can’t wait to be a part of this organization.”

When asked about covering elite NFL receivers, Newsome said he was excited to go up against everyone — he mentioned veterans Julio Jones and Larry Fitzgerald by name — before again turning to the Cleveland roster.

Linebacker Anthony Walker, who the Browns signed to a one-year deal during the offseason, told Newsome before the draft that he would end up in Cleveland. The pair had a relationship while Walker, who also starred at Northwestern, was still playing with the Indianapolis Colts.

“A guy like A-Walk, I did not actually play with him — I really met him in person probably only two or three times — but we just started talking,” Newsome said. “He is just a guy like, ‘Man, look, if you ever need something, if you need any advice, just hit me up.’ Now, this is like my big brother.”

Notes: Greg Newsome II set to fulfill promise to mom, graduate this quarter after only 3 seasons at Northwestern

One of the first Browns to reach out to Newsome via Twitter after he was drafted was fellow cornerback Greedy Williams, who will be competing with the rookie for the second starting cornerback position opposite Pro Bowler Denzel Ward.

“That just tells you who Greedy is as a person,” Newsome said. “He just wants to win at the end of the day. That is just definitely somebody I want to connect to … I can just learn from all of those guys.”

The ongoing pandemic and the changes to the NFL’s offseason workouts will make building relationships with their new teammates difficult for rookies, but Newsome said he can create bonds via text messaging, online meetings and through social media. Until the minicamp begins, he plans to stay at Northwestern and continuing training … which will be harder mentally than physically.

“I am honestly ready right now. I wish we could play a game right now and have all the fans there,” Newsome said. “Before I got drafted to Cleveland, I always knew that the Dawg Pound was it, but after I got drafted and I see the support from the fans, it’s just amazing honestly. I am so ready to give it my all for these fans. I said it before, I know how much support they gave me, but now I am even more ready to give them all I have.”