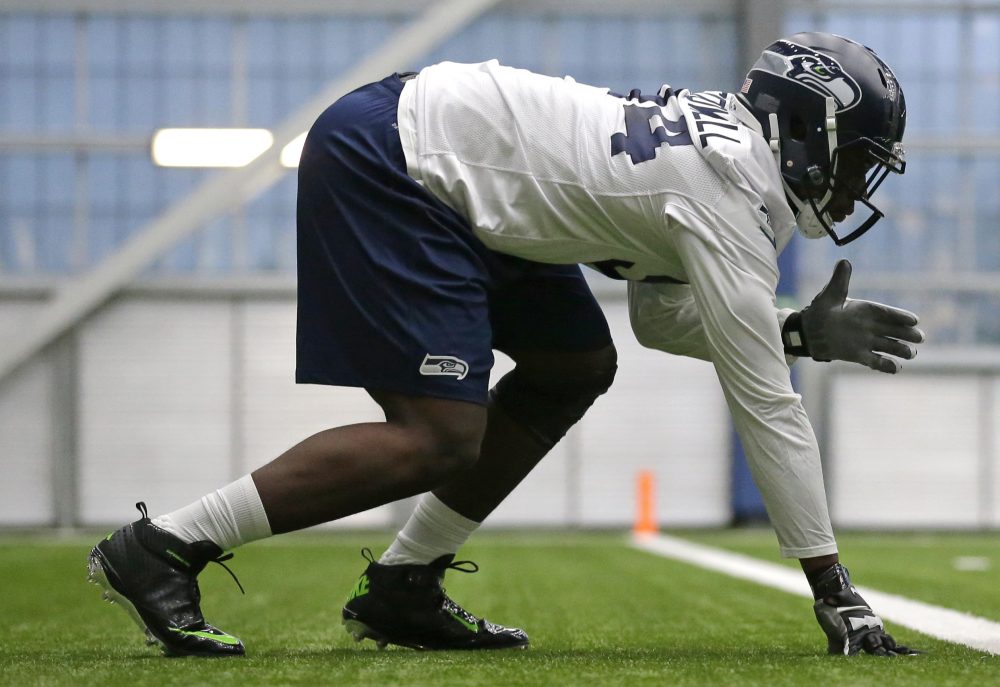 Defensive tackle Malik McDowell has been to prison and been arrested multiple times since the Seahawks drafted him No. 35 in 2017.

He hasn’t played a snap in an NFL game.

The Browns are giving McDowell, 24, a chance to finally establish his career. They signed him to a free agent contract Monday, along with five undrafted rookies.

“We are certainly aware of Malik’s past, as we have done extensive work on him for the last two months,” general manager Andrew Berry said in a statement. “He is accountable for his actions and has had to live with the consequences for decisions earlier in his life. We believe Malik is in a good place, personally and medically. He has taken the necessary steps to get on a healthy path, and has learned from his experiences.

McDowell (6-foot-6, 295 pounds) suffered a head injury in an ATV accident a couple of months after being drafted in the second round out of Michigan State. He missed the 2017 season and was waived by the Seahawks the following year.

He was sentenced to 11 months in jail and three years of probation in November 2019 after pleading guilty to a series of crimes in Michigan. A judge also ordered him to write four essays.

McDowell was charged with assault, resisting arrest and operating a vehicle while intoxicated after fighting two officers during a traffic stop. The video obtained by TMZ shows him being Tasered, ripping out the prongs and continuing to fight with the police.

In a different incident he was found in possession of a stolen truck.

He was suspended by the NFL for two games in 2019, according to NFL Network. The Seahawks also filed a lawsuit to get him to repay nearly $800,000 of his signing bonus.

He had 90 tackles, 24.5 tackles for loss, 7.5 sacks, two forced fumbles, an interception and a touchdown in 36 games at Michigan State.

The timing of the signing seems strange given all the positive publicity the Browns received after the NFL Draft this weekend. They’re viewed as a Super Bowl contender after winning a playoff game last season then bolstering the defense through free agency and the draft.

But Berry liked McDowell’s potential and decided to give him a chance to prove he’s turned around his life.