Speed thrills: Third-round pick Anthony Schwartz is so fast he’s felt like he was “floating in the air” 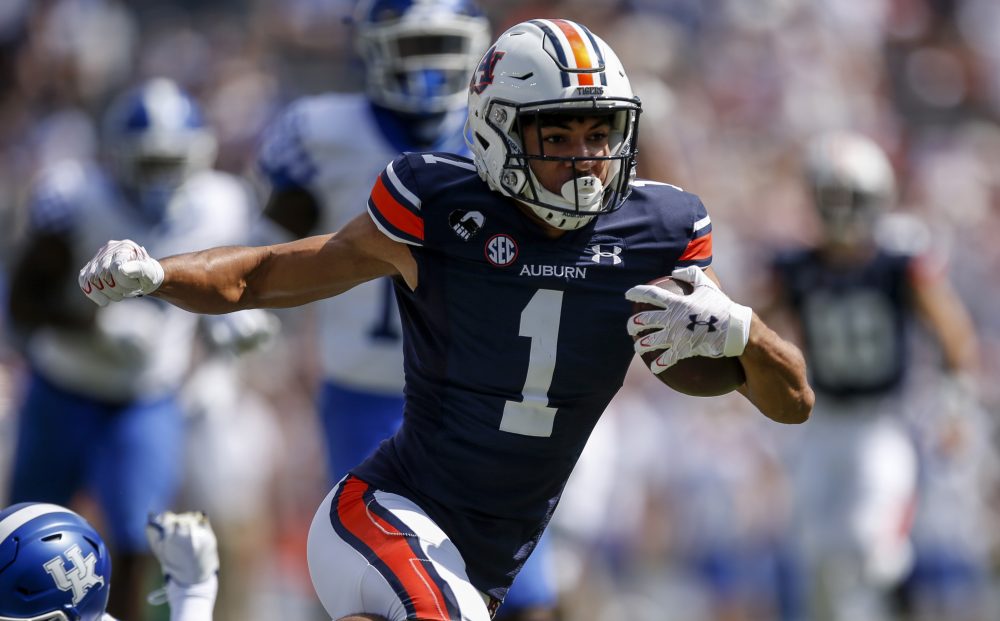 Because unless you’ve spent time on a track competing with Usain Bolt or Tianna Bartoletta, it’s impossible to know what it feels like when Schwartz puts one leg in front of the other.

“The fastest I have ever felt was probably my senior year in high school at my state meet when I ran a 10.07,” Schwartz, the former Auburn receiver who was the third-round pick of the Browns, said late Friday. “Everything came together smooth. I honestly felt like I was floating in the air. That is how fast I felt I was moving.”

So much of Schwartz’s resume is expressed in seconds.


The 10.07 was in the 100 meters and good for a Florida state championship in 2018. The 10.15 a year earlier set a world youth record. The personal- and draft-best 4.25 in the 40-yard dash at his pro day would’ve ranked fourth all time if it had come at the scouting combine.

Speed doesn’t define Schwartz, who caught 117 passes for 1,433 yards, a 12.2 average and six touchdowns in 36 games at Auburn, but it’s a big piece. He was named Gatorade’s national track athlete of the year in 2018 and sprinted for the Auburn team, setting the school’s freshman record in the indoor 60 meters (6.59). He’s proud of maintaining his speed despite going from 175 pounds in high school to 6-foot, 190 as he enters the NFL.

“It is a great thing to still have that speed,” he said.

The Browns agreed, drafting Schwartz with the No. 91 pick. He was the first offensive addition of the offseason after six free agents and two draft picks — Northwestern cornerback Greg Newsome II and Notre Dame linebacker Jeremiah Owusu-Koramoah — on defense.

“He has world-class speed, as you guys know,” coach Kevin Stefanski said Saturday after the draft. “That is a part of his game that we were excited about. That is why he is added to this roster.

“I know what I can bring to the table,” Schwartz said. “I can run the whole route tree and I can run in and out of breaks.

“Every time I go deep, I feel like it is a home run shot and a touchdown play.”

The Browns were looking for another speed threat besides Odell Beckham Jr., who missed the second half of last season with a torn anterior cruciate ligament. Without Beckham and JoJo Natson, who also suffered an ACL tear, Stefanski went away from the jet sweep action that gave the defense something else to think about and opened things for the run game. Schwartz not only led Auburn with 54 catches, for 636 yards, an 11.8 average and three touchdowns in 2020, he rushed for seven touchdowns in his three-year career, including five as a freshman.

“What attracted us to Anthony is his ability to stretch the field,” general manager Andrew Berry said. “I think that is something that we felt coming out of last year, especially with Odell’s injury, is a dimension that was not quite as strong as when Odell was healthy throughout the year. Anthony certainly gives us multiple guys with the ability to really stretch the field vertically.

“Very, very smart. A very quick study. I think his best football is in front of him.”

“We have a very explosive offense,” Schwartz said. “Baker (Mayfield) can sling it. He knows what he’s doing. I think I can help us become a very balanced team.”

Schwartz has trained with Landry in Florida, plans to “put even more work in” with him and is glad to know someone at the position.

“Just hope that I can learn some things from him being in the league for around eight years now,” Schwartz said. “He was in the league when I was in middle school. It is just crazy to see that and crazy to just play with these great guys.”

He wants to return kicks after doing it in high school but not at Auburn. The Browns were impressed when the ball was in his hands, whether on an end-around or after a catch.

“I take a lot of pride in that,” Schwartz said. “If you give me the ball, I will get around the defender, whether I run through you, run around you or just burn you.”

With his speed and attitude, the Browns will figure out a way to get him on the field.

“If we can’t, we are probably doing it wrong,” Adofo-Mensah said.