Commentary: Browns draft shows they’re willing to bend their own rules a little if it will help the team 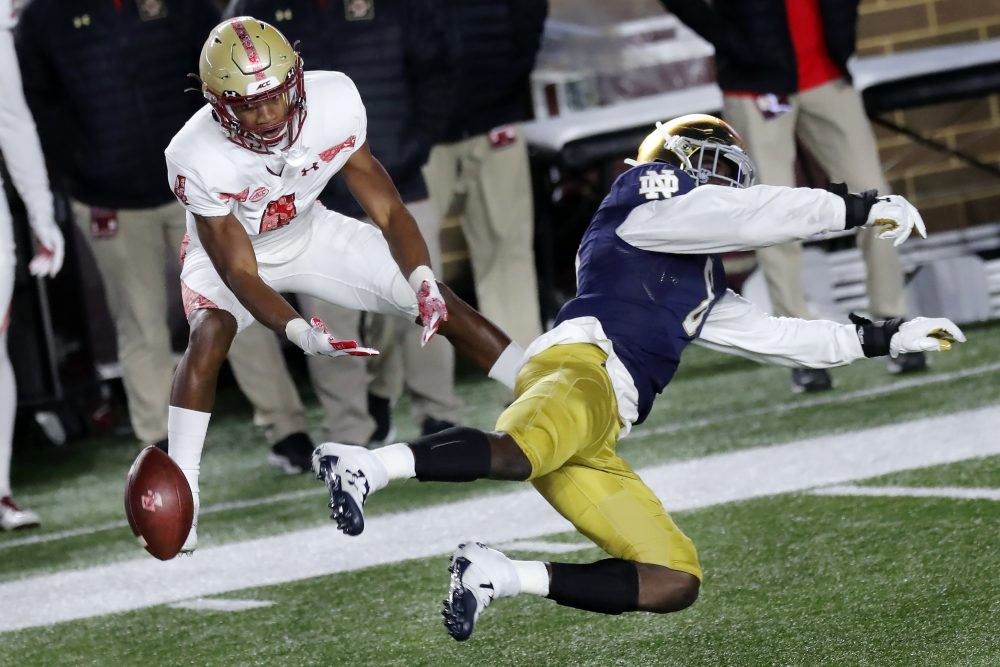 General manager Andrew Berry is well aware of the scouting report on the analytics-forward front office led by him and chief strategy officer Paul DePodesta. So Berry couldn’t resist cracking a joke after the Browns traded up seven spots to select Notre Dame’s Jeremiah Owusu-Koramoah at No. 52 in the second round last Friday.

“I am going to ask you guys a question: Is this a fever dream or did the Browns actually trade up and draft a linebacker?” Berry said to open his Zoom interview. “I am curious.”

He quickly abandoned the standup routine, transitioning with “in all seriousness” and returning to his pleasant and measured responses.

While the fever dream comment provided a glimpse into Berry’s personality, the moves that inspired it revealed a lot more about the organization’s decision-making.


The Browns have core beliefs and philosophies. They work hard to develop processes and plans. They’re flexible enough to make exceptions and adjustments.

The acquisition of Owusu-Koramoah was a perfect example.

The Browns prefer to trade down. They realize the high failure rate inherent in the draft is improved with a greater volume of picks.

They went against the tendency by moving up and giving up the Nos. 59 and 89 picks in a deal with the Panthers. But they didn’t throw their principles out the window. They got Carolina to accept a trade in which the Browns didn’t surrender a pick, they only had to move back — from No. 89 to No. 113.

“For us, what was important is that we were not giving up a pick to go do this,” DePodesta said. “We felt like that was a reasonable cost to go up and secure the player.”

The second example of a willingness to bend was taking a linebacker that early.

There’s no question the Browns value defensive end, cornerback and safety more than linebacker among the defensive positions. Letting Joe Schobert leave in free agency a year ago and signing a series of players to one-year contracts over the last two offseasons made this clear. Drafting Jacob Phillips in the third round last year and signing Anthony Walker to a one-year, $3 million deal in March qualified as the most significant investments in the position.

Owusu-Koramoah made Berry and DePodesta adapt. They believe his speed, versatility and playmaking are such a perfect fit for coordinator Joe Woods’ scheme, they would’ve considered taking Owusu-Koramoah at No. 26 if cornerback Greg Newsome II had been gone.

“The rules that we do have in place are very flexible, and they are meant to try to give us the latitude to be aggressive when situations arise that we feel could be advantageous to our club, especially short term and long term,” DePodesta said.

Berry said over time the Browns will trade back more often than trade up but will evaluate each situation individually. He added the team “could stomach and feel good about” the details of the deal. And he rejected the idea it took a “special” player to prioritize linebacker.

“I guess I would push back on the notion that we do not value linebackers,” Berry said. “It is an important position on the field. In Jeremiah’s case, we did think the fit was really good schematically, but we just thought the overall player was a high-quality prospect. I hesitate to use the words ‘special’ because again, we have to see how it all plays out.”

The Browns believe they have an edge on other teams because of their processes and application of the data they collect and value. DePodesta specializes in this area, bringing his experience from Major League Baseball.

“We are excited because we stayed true to the process, but we have to let this thing play out,” coach Kevin Stefanski said after the draft. “We will see over the course of years how we did. Certainly Andrew was outstanding setting the board, conducting these meetings and then staying true to the board over these rounds.”

Waiting to see the results of the picks may seem obvious, but it can’t be overlooked or underestimated. No matter how solid the plan, Berry still has to be right about the players and the schemes they’ve chosen.

Talent evaluation matters above everything and always will. And it’s simply too soon to tell the proficiency of Berry, who just completed his second draft in charge.

Left tackle Jedrick Wills was solid last year as a rookie after being the No. 10 pick but will be compared to the Jets’ Mekhi Becton and Tampa Bay’s Tristan Wirfs, who went Nos. 11 and 13. Second-round safety Grant Delpit missed his rookie season with a ruptured Achilles tendon. Phillips was in and out of the lineup with injuries. Third-round defensive tackle Jordan Elliott, fourth-round tight end Harrison Bryant and sixth-round receiver Donovan Peoples-Jones made rotational contributions.

Berry’s first class looks good, but it’s way too early to judge with any certainty, especially with questions about the top four picks.

Woods’ scheme is something else that bears watching as the Browns look positioned to make a serious run at their first Super Bowl appearance.

Owusu-Koramoah and fifth-rounder Tony Fields II are undersized linebackers picked for their ability to play in space. John Johnson III was targeted in free agency and signed to a three-year, $33.75 million deal because Woods wants to play three safeties together and needed another playmaker to join Delpit and Ronnie Harrison Jr.

Berry did what he’s supposed to by supplying the type of players that fit what the coaches want to do. But because Woods was limited in what he could do last year by injuries and talent, how his system works inside the rugged AFC North and in the heat of a playoff chase remains to be seen.

Berry should be applauded for delivering Johnson, Delpit, Owusu-Koramoah and Fields, but their value is dependent on Woods using them the right way and in a well-designed and sound system. Berry knows this. Just as he knows that all the hype and flattering power rankings mean little in May, especially when there are so many new faces to meld into a cohesive unit.

“We are excited. I think the team is coming together in the shared vision that we all have,” he said. “But to be quite honest, we still have a lot of work to do. We are pleased with where we are at this point, but it is by no means a destination.”

Commentary: Malik McDowell signing a curious one for Browns GM Andrew Berry
Jim Ingraham: When the NFL talks, for some reason people listen