Browns get Chiefs in Kansas City to open season, visit Green Bay on Christmas, scheduled for 3 games in prime time 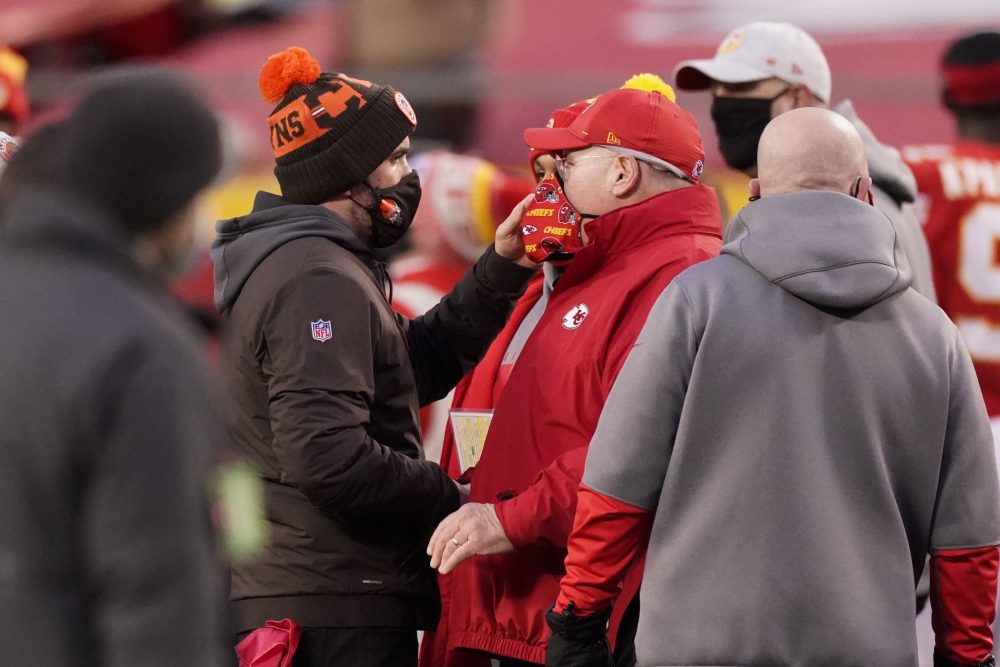 The Browns will begin this season where they ended last season … in Kansas City, on Sept. 12.

They’ll play on Christmas for the first time … in Green Bay, on national TV and against reigning MVP quarterback Aaron Rodgers (if he’s still on the Packers).

The NFL will debut the 17-game regular season, and the Browns’ extended schedule is filled with intriguing matchups, including three in prime time. It was released Wednesday night against the backdrop of Super Bowl expectations.

The Browns went 11-5 last season in coach Kevin Stefanski’s first year to make the playoffs for the first time since 2002. They won in Pittsburgh in the wild card round for the first playoff victory in 26 years.

The season ended the following week at Arrowhead Stadium in a 22-17 divisional round loss to the Chiefs on Jan 17. The Browns will look for a measure of revenge in the Week 1 rematch of 2021 Super Bowl contenders at 4:25 p.m. in CBS’ marquee matchup broadcast by Jim Nantz and Tony Romo.

“Every year stands on its own merit. For us, the focus is on the 2021 season,” Stefanski said in the release announcing the schedule. “Now, I realize that last game, last year ended in Kansas City, so that certainly is something we have to learn from.

“It will truly be a matchup that is unique to 2021. The game won’t start in the fifth quarter from last year’s game.”

With AFC teams hosting nine games due to the introduction of a 17th game, the Browns will begin their nine-game home schedule in Week 2 against the Houston Texans. An Oct. 17 visit from Kyler Murray, J.J. Watt and the Arizona Cardinals is the extra game and starts a stretch of three straight on the lakefront.

The Denver Broncos visit on Thursday night, Oct. 21, followed by a Halloween trip from the Pittsburgh Steelers, the first AFC North matchup of the season.

“This year, home-field advantage might be bigger than any year in recent memory with teams dealing with crowd noise week in and week out,” Stefanski said. “We’re really excited to have nine home games in front of our fans in front of what I hope is a packed building. I know what it sounded like with 12,000, so I can’t wait to see what it’s like with 67,895.”

The other prime-time games are Sunday, Nov. 28 at Baltimore and Monday, Jan. 3 at Pittsburgh. The number could climb, as games from Weeks 5-18 can be flexed to Sunday night and the day and time of the Week 15 home game vs. the Las Vegas Raiders is to be determined. It could be Saturday or Sunday, Dec. 18 or 19.

The Browns and Steelers will meet on “Monday Night Football” for the third time, the first since 1995. The Steelers won the AFC North last year.

The season ends Jan. 9 with a home game against the Bengals, the 12th straight year the Browns have finished against a division rival.

“It’s definitely a fun day for our fans,” Stefanski said. “You start to see when we’re playing everybody and hopefully start getting those tickets to some of these road cities so they can be a part of these road games for us.

“We as coaches certainly pay attention to it and start to map out certain things, whether it be our Week 1 opponent or looking at the schedule in its entirety and figuring out where you’re going to plan practices accordingly.”

The only other time the Browns played the same team consecutively was in 1957, when they split with the Eagles. The Browns went 0-2 against the Ravens last year.

“The Ravens are a team we have a tremendous amount of respect for, so we know we have our work cut out for us,” Stefanski said. “There are some really challenging matchups in our division, which is how we expect it.”

The Browns will celebrate their 75th anniversary all season. They’ve never played on Christmas but will head to Green Bay for the holiday. The Packers have lost in the NFC championship game the last two seasons.

“Lambeau’s a place I know well. It’s an incredible stadium,” Stefanski said. “It’s a matchup I know our fans will be excited about on Christmas Day and we’re looking forward to playing in such a storied place like Lambeau.”

Stefanski spent 14 years inside the NFC North as an assistant with the Minnesota Vikings. He’ll return to the Twin Cities in Week 4.