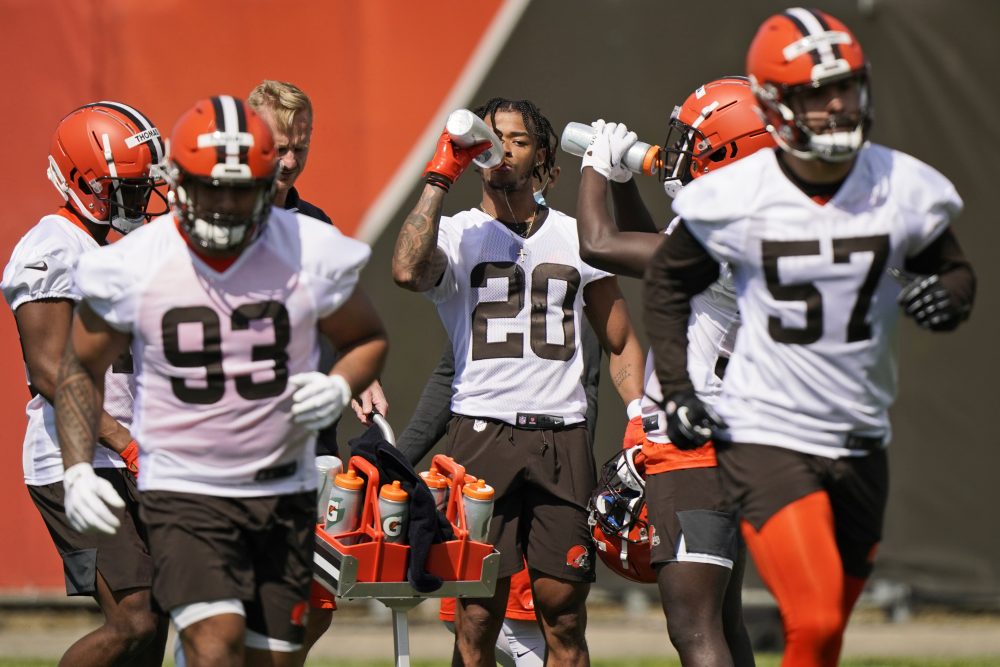 The Browns won’t hold organized team activities this week as originally scheduled but hope the action on the field next week looks more like normal.

The next phase of the voluntary offseason program starts Tuesday. While teams are allowed to hold full-speed, no-contact practices during OTAs, the Browns will be limited this week to separate on-field work, a team spokesman said.

In addition to the individual drills, the weight room will be open for workouts and meetings will continue virtually as they’ve been for the last month. Rookies remain in town following rookie minicamp earlier this month, and could be joined on the field by anyone who chooses to participate, including players rehabbing injuries.

The Browns players issued a statement through the NFL Players Association on April 15 saying they’d exercise their collectively bargained right not to participate in in-person voluntary workouts at team headquarters. They were one of more than 20 teams to issue similar statements.

Since then, players on some teams, including the Steelers, have reached agreements with their coaches on changes to how the offseason practices will be conducted, including fewer and lower-intensity practices.

Albert Breer of SI.com reported Monday morning the Browns players were working toward a deal with the coaches over the weekend. A league source told The Chronicle-Telegram on Monday afternoon an agreement hadn’t been reached.

Center JC Tretter is the president of the NFLPA, a well-respected member of the organization and has led the movement for players to skip the voluntary sessions.

“Most players have never felt like they truly had the freedom to decide for themselves whether to attend or not,” Tretter wrote last week in a column for the NFLPA website. “Coaches, front office staff and owners put pressure on players to show up each spring for these optional team activities, which then makes other players who would have opted out feel pressure to show up. …

“Meanwhile, the intensity of OTAs has continued to be ratcheted up. What used to be seen as a time for teaching has turned into full-speed, non-padded practices that are injuring players unnecessarily.”

If the Browns commence OTA practices next week, a compromise likely will have been reached between players and coaches. Even if that happens, Tretter wants players to have the freedom to skip the voluntary practices if they choose.

OTAs are allowed to include 10 practices over three weeks leading up to the mandatory minicamp June 15-17.