Mailbag: What do you expect for OTAs/minicamp? Is there a scenario in which David Njoku earns new contract? Will players who opted out make impact in 2021? 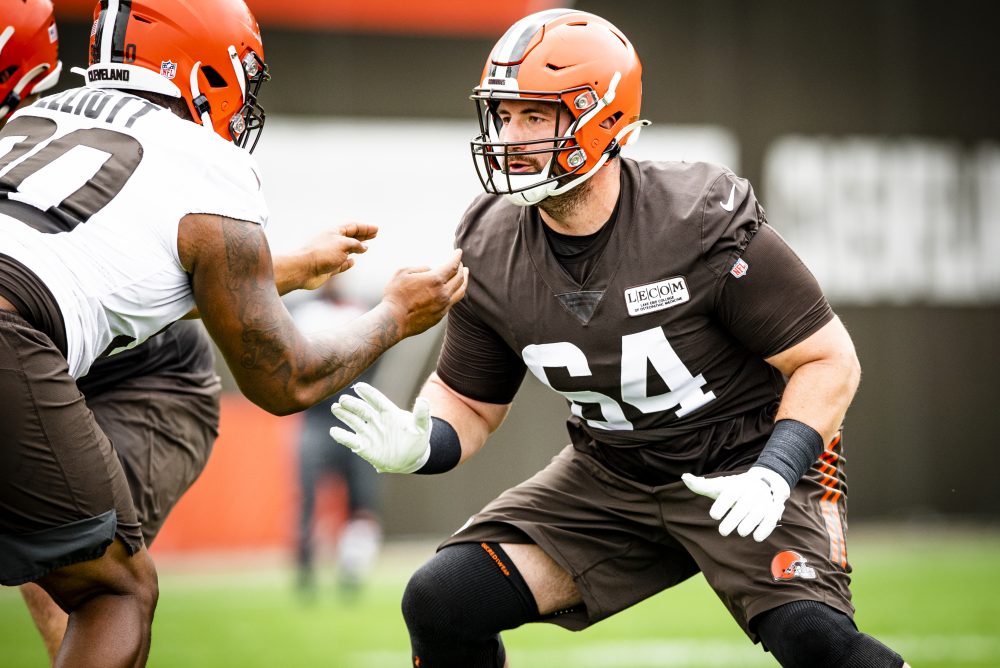 Q: Can you handicap the looming battle between the NFLPA & owners over mandatory minicamps in June? Owners appear to have the better hand with a current CBA that mandates the camps, however it’s hard to ignore the data accumulated last season when minicamps were virtual because of the pandemic.

The Browns in particular have a tightrope to walk because not only is JC Tretter President of the NFLPA but also no NFL team professes their belief in data more than the Browns, and in this case Mr. Tretter appears to have the facts on his side?

A: The owners/teams don’t have to budge on minicamp because, as you mentioned, mandatory attendance was collectively bargained. But the players have been strong and pretty unified in using the leverage they have regarding the voluntary — key word — offseason program, which encompasses everything but the minicamp. And the reality is three days on the field in June aren’t worth much if there isn’t a run-up to them.


We’ve seen compromises between coaches and players on a few teams across the league that reduced the number and intensity of offseason practices. This makes sense to me. The players have valid reasons for resisting on-field work in the spring, including the injury data, and the coaches value any time they get with players in meetings and practices. The Browns have discussed such an agreement, but it remains to be seen how OTAs will look the next couple of weeks and how many players will participate.

You’re absolutely correct the Tretter factor makes the situation even more sensitive for the Browns. The organization values him and his opinions, and his teammates want to be loyal to him.

I could see the next three weeks play out in two ways for the Browns. One, they hold individual workouts for a couple dozen players with virtual meetings continuing for everyone. This would be Tretter’s ideal scenario. The other choice is reducing the 10 OTAs and three minicamp days to a handful of light practices that are much better attended.

Grant Delpit says he’s on track to be 100 percent for start of training camp, has high expectations for 1st season on field

Q:
Do you see a scenario where David Njoku gets enough reps and performs at a level that earns him a hefty new contract with the Browns?

A: Yes. If I use my imagination, I can envision Njoku moving ahead of Austin Hooper as the No. 1 tight end and becoming a reliable and dangerous target for Baker Mayfield. If that happens, the Browns would be faced with a difficult decision of whether to let Njoku leave in free agency or pay him big money to stay. Given that Njoku was a first-round pick and coach Kevin Stefanski loves tight ends, it wouldn’t be outrageous for Njoku to get an extension.

Now for the reality check. I don’t expect any of the above to happen.

I readily admit Njoku’s the most athletic tight end on the roster, which means he’s got the greatest potential. But in four years the consistency just hasn’t been there, and I’m not expecting it to appear in 2021. The Browns are also so heavily invested in Hooper — he’s got an $11.25 million cap hit in 2022 — he will get every chance to rebound from a disappointing 2020. Finally, the Browns have too many more deserving candidates for contract extensions.

Q: I was wondering about the players who opted out of playing last year due to COVID. What do you know about them? Any starters or decent backups among them?? Or for the most part are they just fringe players??

A: Defensive tackle Andrew Billings and guards Drew Forbes and Colby Gossett are the opt-outs who remain on the roster. Offensive linemen Drake Dorbeck and Malcolm Pridgeon were released this offseason.

Billings was signed to a one-year, $3.5 million contract in March 2020 after playing three years with the Bengals, including 20 starts in 2018-19. He was expected to have a significant role a year ago, and I think that will only increase following the departures of starters Sheldon Richardson and Larry Ogunjobi. On my premature depth chart, I have Billings starting alongside free agent pickup Malik Jackson.

Forbes might’ve lost the most by opting out. He would’ve competed with Wyatt Teller to be the starting right guard. After Teller’s breakthrough year, it’s easy to assume he would’ve won the job, but the Browns were reluctant to hand it to him, so Forbes would’ve had a chance. He was a sixth-round pick in 2019 and will compete with Gossett, Michael Dunn and Blake Hance for a backup job.

Q: Hey GM Petrak … who is your favorite draft pick who didn’t go to Northwestern?

A: I’ll go with the easy one, second-round linebacker Jeremiah Owusu-Koramoah. I thought he’d be a first-rounder and was stunned he was still available. I also think there’s a huge intrigue factor given his speed and lack of size. His ability to play in space is exactly what the Browns want in a weakside linebacker, but he must prove he can hold up against the run.

My second choice is receiver Anthony Schwartz. I said time and again after last season the Browns needed to add speed at the position, and they got the fastest guy in the draft. Even if he isn’t polished, I trust Stefanski to find ways to take advantage of his speed.

Q: How likely is it that projected 5th-rounder DT Marvin Wilson, signed by the Browns as an undrafted rookie, will make it to the starting lineup during the next two years?

A: Not likely but certainly possible. I’d give it a 20 percent chance.

Wilson was a strong signing after the draft, and the Browns reportedly guaranteed him $192,000. The financial commitment means Wilson will get every chance to make the team, and that’s the first step in eventually earning a starting spot.

The reason I wouldn’t expect that to happen over the next couple of years is that he’ll have to beat out at least one person in whom the Browns are more heavily invested. Jordan Elliott was drafted in the third round in 2020, and Tommy Togiai in the fourth round this year. The Browns also have veterans Malik Jackson and Billings, who are on one-year contracts but could be signed to extensions, and wild card Malik McDowell. They could also draft a defensive tackle in the early rounds next year who could get in Wilson’s way.

Q: Will the Browns have section/sections set aside for the vaccinated fans much like other sport teams have done? I would not sit next to someone who could have COVID, that’d be stupid and unsafe.
— James Kay

A: Great question that I don’t have the answer to right now. The NFL has said it expects training camps and stadiums to be open to fans. This is obviously good news for the die-hard Browns fans locked out last year.

But your concern is a valid one, and the Browns haven’t released their protocols for camp or games. The Haslams have been out front in pushing for everyone to get vaccinated, so it wouldn’t surprise me if they incentivized it for fans. I also think they would be empathetic to your concern but don’t know how things will look in Berea or inside the stadium.

Mailbag: Which veterans are vulnerable after the draft? Is another corner coming? What are Kevin Stefanski’s biggest concerns?
Mailbag: Who will make the roster? Who gets an extension first? What will the record be?