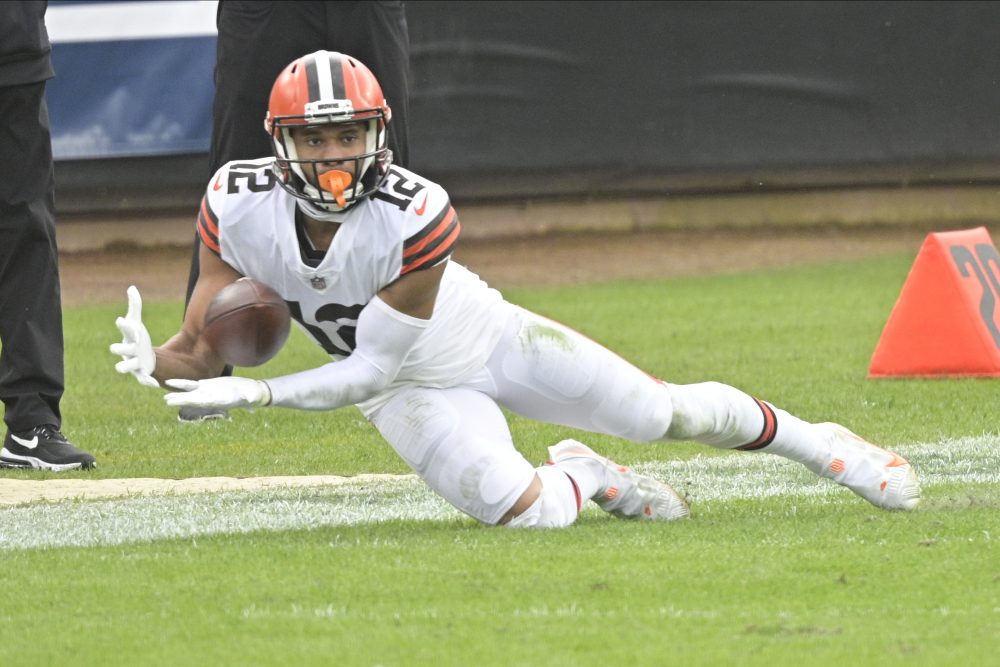 The team had placed a tender worth $2.33 million on Hodge, who won the No. 3 receiving job in training camp last summer.

The Browns value his blocking ability and versatility, but he’ll have to fight for playing time this season as the team has plenty of depth at the position in Odell Beckham Jr., Jarvis Landry, Rashard Higgins, and Donovan Peoples-Jones.

Cleveland also drafted speedy rookie Anthony Schwartz in the third round this year.

The 26-year-old Hodge appeared in nine games last season, making 11 catches for 180 yards. He missed the Week 4 game against Dallas after injuring a hamstring during warmups.

Hodge sat out two other games when the hamstring flared up, and he was one of several Browns wide receivers who had to sit out a game against the Jets and wild-card playoff matchup with Pittsburgh after he tested positive for COVID-19.

Hodge was claimed off waivers by the Browns from the Rams two years ago. He played in all 16 games in 2019, when he caught just four passes but was a major contributor on special teams.

Grant Delpit says he’s on track to be 100 percent for start of training camp, has high expectations for 1st season on field
OTAs begin with Myles Garrett practicing, attendance slanted toward defense