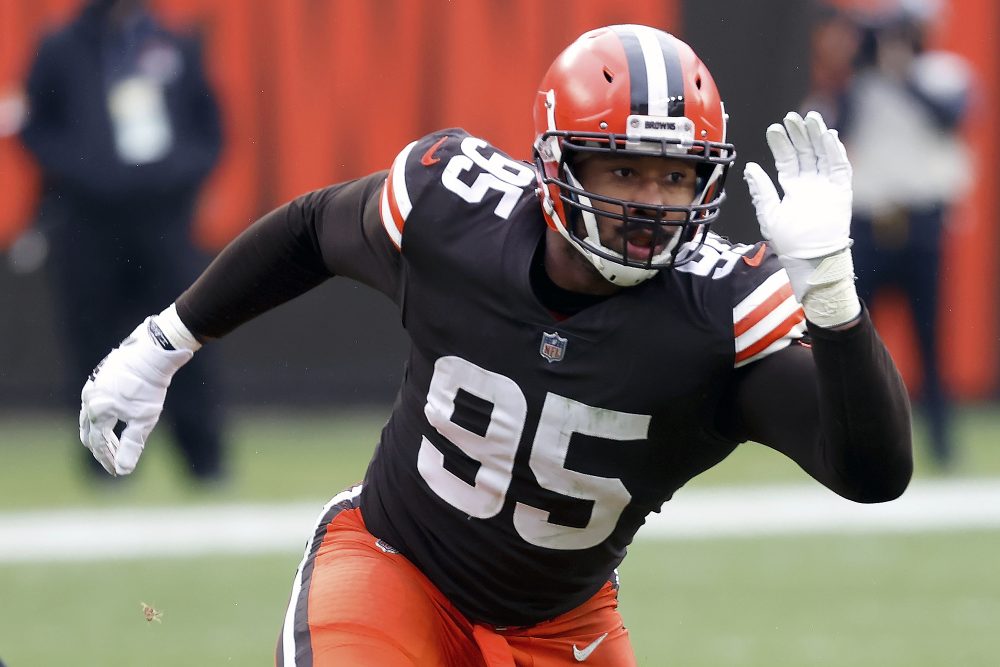 General manager Andrew Berry overhauled the defense in the offseason, and as many as nine starters could be new from a year ago.

So it makes sense that on the first day of organized team activities Tuesday in Berea the big names in attendance were on that side of the ball.

All-Pro end Myles Garrett returned to town over the weekend and led the participants in practice. The OTAs, which are voluntary, run through next week before mandatory minicamp June 15-17.

Reporters are allowed to watch practice Wednesday morning with interviews to follow but weren’t permitted Tuesday. The Browns didn’t release a list of participants but posted dozens of pictures on their website from the session, and all the noteworthy names were on defense.

Among those joining Garrett on defense were tackles Andrew Billings and Malik Jackson, linebackers Anthony Walker, Jacob Phillips and Mack Wilson and safety Ronnie Harrison Jr. Billings opted out last year after signing as a free agent from the Bengals, and Jackson and Walker signed as free agents in March.

Safety Grant Delpit (Achilles) and cornerback Greedy Williams (shoulder) were also on the field after missing all of last season. Delpit told reporters last week he’s on track to be 100 percent by the start of training camp in late July, and the team is also optimistic about Williams.

Grant Delpit says he’s on track to be 100 percent for start of training camp, has high expectations for 1st season on field

Center JC Tretter, who’s president of the NFL Players Association, has repeatedly encouraged players across the league to skip the voluntary offseason program. He’s cited injury risk, overly intense practices and a league-wide culture that stigmatizes players for not attending something that was collectively bargained as voluntary.

The Browns players released a statement in April saying they wouldn’t participate in the voluntary practices at team headquarters.

“We felt healthier both mentally and physically last year, which we attribute to sufficient recovery time and the lack of additional wear and tear on our bodies during the spring months,” the statement said, referring to the entirely remote offseason program in 2020 due to the pandemic. “The league-wide injury data supports us as well, as NFL players experienced a 23% reduction in missed-time injuries last season.

“We are professionals who train year-round, wherever we spend our offseason. As we proved last year, we will be ready to compete this upcoming season.”

OTAs were supposed to start last week for the Browns but the schedule was changed to only individual on-field work that was lightly attended. Meetings began April 19 and continue to be held virtually.

Quarterback Baker Mayfield threw to receivers Jarvis Landry and Rashard Higgins and tight ends Austin Hooper and David Njoku in Florida in late April. If the offensive starters choose not to attend the OTAs, Mayfield will likely set up another throwing session before training camp.