Mailbag: Who will make the roster? Who gets an extension first? What will the record be? 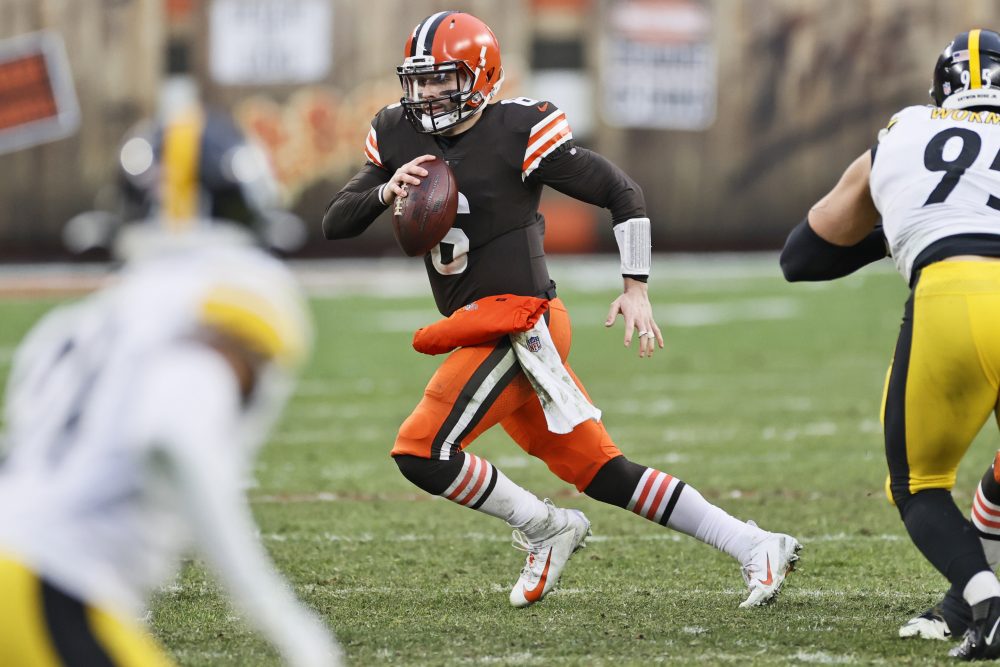 Q: How do you expect the depth chart to look Week 1 vs. the Chiefs?

A: Glad you asked. I’ve been meaning to answer this one since the busy offseason slowed down after the draft. So here goes my way-too-early 53-man roster projection …

Note: Defensive tackle and linebacker could feature the most competitive battles.

Q:
Who gets extended first? Denzel Ward, Nick Chubb, Baker Mayfield? And when?

But I wouldn’t bet the house on either. While I expect the Browns to prioritize an extension with Mayfield because he’s the quarterback and his contract will be the most expensive, he could choose to wait until next offseason if he’s not satisfied with the offer. A great 2021 season could bump Mayfield from $35 million a season to $42 million a season over a five-year deal, which might be worth waiting for if the Browns hesitate to go that high.

I fully expect Chubb to be next on the to-do list. If a deal with Mayfield doesn’t get done, then Chubb would be first. That should happen before Week 1.

I think Ward’s extension doesn’t happen until after the season.

Q: What’s your projected record for the season?

A: I’m torn between 11-6 and 12-5 but am leaning toward 12-5 more than three months before the opener. I think the Browns will split with the Ravens, sweep the Steelers and Bengals and be in a battle with Baltimore for the AFC North title.

Q: Winning teams in the NFL study their opponents’ successes and adapt, playbooks must evolve quite a bit during the offseason. I like what the Browns are doing this offseason — clearly they plan to up the ante against the likes of Lamar Jackson by getting faster & even tougher. However I haven’t put much thought into our opponents. If you were one of the Browns’ main rivals, what would you do tactically to improve your chances of beating the Browns?

A: I’d look at what the Ravens and Steelers have done defensively to make life difficult for Mayfield and Co.

The Ravens have one of the league’s best cornerback groups and play a physical man-to-man that challenges the receivers to win at the line of scrimmage and keep their composure. Most teams don’t have the same stable of corners, but if they do, they have a chance to frustrate Mayfield and devote more bodies to the run game.

The Browns obviously had no trouble with the Steelers defense in the 48-37 wild card win, but Week 6 was a much different story. Pittsburgh’s 3-4 front won on the interior and on the edges, neutralizing Cleveland’s vaunted play-action passing game. The Browns found better counters against an injury-depleted Steelers defense at the end of the season, but a dominant front can cause issues. Until Mayfield consistently wins games by passing 35 times — the first half against the Titans proved he can do it — defenses should sell out to stop the run and force Mayfield to throw against pressure.

On the other side of the ball, I’d challenge the middle of the Browns defense until the new set of tackles and linebackers prove they can stop the run and cover tight ends. The Browns undoubtedly got faster on defense in the offseason, but the smaller bodies, especially rookie linebacker Jeremiah Owusu-Koramoah, still need to handle the power game.

Q: Do you get a sense of any friction developing between the coaching staff and JC Tretter due to his advocating for changes to the offseason program?

A: I asked coach Kevin Stefanski on Wednesday if Tretter’s position as NFLPA president made the situation trickier, and he said, “No. I understand the dynamic completely.”

I believe him. While I think it’s human nature for coaches to be disappointed and perturbed players aren’t practicing as much as they’re allowed, I trust Stefanski and his staff appreciate the nuance involved here. This staff and front office are better equipped to handle this delicate situation than previous ones were. That comes from communication and respect.

When everyone reports for mandatory minicamp in two weeks, I expect them to be welcomed and any minor hard feelings to disappear.

Notes: Myles Garrett “not at all” worried Browns are falling behind Chiefs because of smaller attendance at OTAs

Q: Do you think they keep the best 53 or cut a few players to justify free agency and draft picks?

A: I’m going to straddle the fence here.

I think general manager Andrew Berry will keep the 53 players he believes are best for the organization. But I think a few decisions will be influenced by how the players arrived. That’s natural for any front office, and I don’t think Berry is immune.

So if it’s Billings sticking around because of his $3.5 million contract, or Fields staying over a more qualified veteran, not every spot will go to the player who has the best camp/preseason.

Mailbag: What do you expect for OTAs/minicamp? Is there a scenario in which David Njoku earns new contract? Will players who opted out make impact in 2021?
Mailbag: How can Kevin Stefanski get even better in Year 2? Will Anthony Schwartz help special teams? How long will it take defense to mesh?