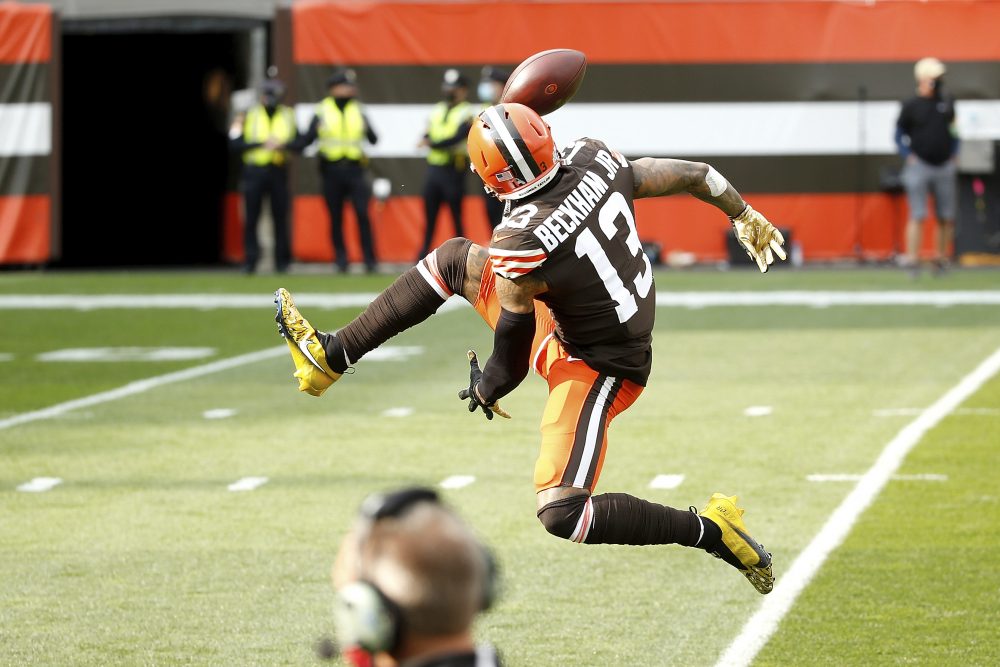 Odell Beckham Jr.’s return to the football field will include a stop on the softball diamond.

Beckham will participate Saturday in the charity Jarvis Landry Softball Game on Saturday in Eastlake, it was announced Monday. He and Landry are longtime best friends.

Beckham, the superstar receiver, suffered a torn anterior cruciate ligament Oct. 25 against the Bengals and missed the Browns’ run to the playoffs. He looks great running in rehab videos he’s posted to social media and is expected to be 100 percent for the start of the season.

The Browns will hold mandatory minicamp next week, and Beckham is expected to attend. It’s unknown if, or how much, he’ll participate in the three practices as he wraps up his rehab.

He left CAA Sports and cannot sign with a new agent until the NFL Players Association’s five-day waiting period has passed, according to the report.

Newsome has yet to sign his rookie contract, and the agent uncertainty could be a factor. The Browns made eight draft picks, and Newsome and third-round receiver Anthony Schwartz are the only ones unsigned.

Each draft slot has specific salary parameters for rookie contracts agreed to in the collective bargaining agreement, so the deals should happen in plenty of time before training camp in July.

Schwartz will be the lone Browns rookie at the NFLPA Rookie Premiere. The event is for marketable rookies to learn the business of football and start their endorsement careers.

Notes: Myles Garrett “not at all” worried Browns are falling behind Chiefs because of smaller attendance at OTAs
Notes: Joint practices planned with Giants before preseason game