Mailbag: How can Kevin Stefanski get even better in Year 2? Will Anthony Schwartz help special teams? How long will it take defense to mesh? 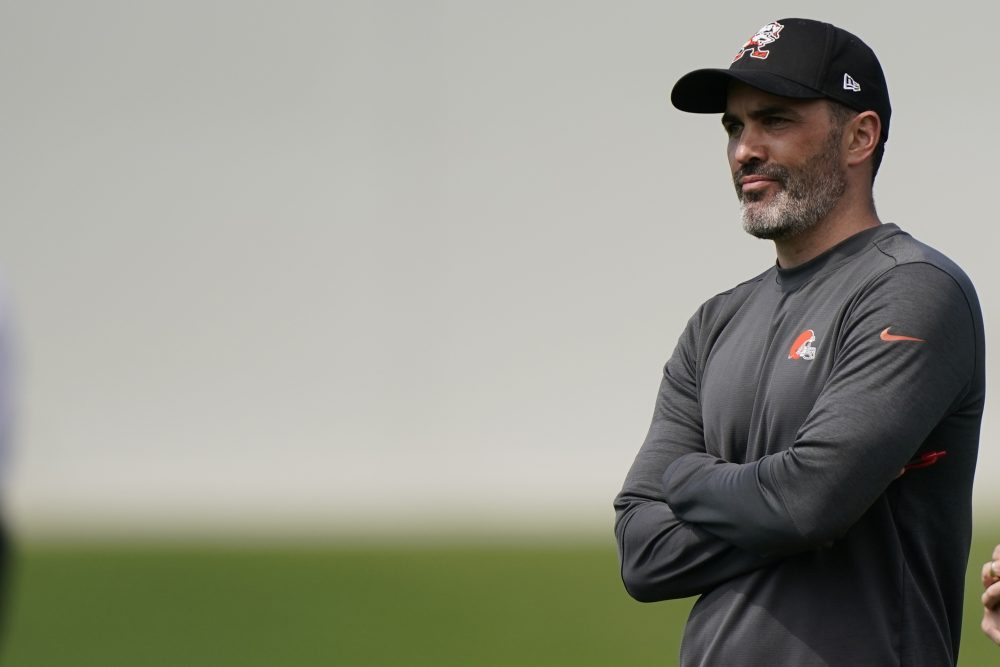 Q: We always hear about rookies making a jump in Year 2. In a similar way, could we expect 2nd-year improvements from coach Kevin Stefanski, as well? If so, what might those improvements look like?

A: Stefanski has been clear that’s his goal. He expects himself and his staff to get better as the Browns try to take the final steps to the Super Bowl.

From a macro standpoint, it would be difficult for Stefanski to fare much better than he did as a rookie head coach. He led the Browns to their best record and first playoff victory in 26 years and was named NFL Coach of the Year. And he did it under trying circumstances, to say the least. He didn’t meet many of his players until training camp and dealt with COVID-19 restrictions and adjustments all year, yet kept the team focused and developed the chemistry necessary to succeed in a grueling NFL season. He remained steady despite all the challenges, which included ugly early losses at Baltimore and Pittsburgh, a series of key injuries and missing the wild card game in Pittsburgh after he got COVID.


But there’s always room for improvement, especially at the micro level. I believe Stefanski’s offseason self-scout focused on his role as a play caller. He did an excellent job in only his second full season in the role but surely found several examples of calls that didn’t work. He only had to look back on the last series in the playoff loss to the Chiefs for the most obvious, which should keep him motivated all season. Along the same lines, because of the continuity of staff and players on offense, Stefanski can expand the playbook in Year 2. I expect him to use running backs Nick Chubb and Kareem Hunt together more, get greater production from receiver Odell Beckham Jr. and find creative ways to take advantage of rookie receiver Anthony Schwartz’s speed.

Q:
Rookie Greg Newsome II hasn’t signed his contract and is changing agents. Anything to be concerned about? Hopefully he left the current agent due to lack of progress in getting a deal done with the @Browns.

A: No need to worry.

While it’s unusual for a player to fire his agent so quickly after hiring him, it doesn’t mean anything regarding his reporting on time for training camp. The parameters of all rookie contracts are established in the collective bargaining agreement, so the issues over which to argue are limited, especially for a pick as low as No. 26.

Schwartz also remains unsigned, but I’d expect that to change soon. Newsome’s deal could take a little longer just because of the agent change.

Q: How much can Anthony Schwartz help special teams? Does he have returner or gunner experience? We obviously need a jolt to our special teams’ big-play capability.

A: The potential is there for him to have a huge impact in the return game. His special speed can change a game and would affect how opponents kick to the Browns. Give him a seam and he’s gone. The Browns loved how he ran after the catch at Auburn, and the same skills apply in the return game. If he can show the toughness to get off blocks and the ability to tackle, the speed could also make him a big-time gunner.

Schwartz didn’t return kicks at Auburn but did in high school and said he’s eager to get back in the role. Gus Malzahn, who coached Schwartz at Auburn, told me they had other experienced returners but he will make a good kickoff returner in the NFL.

You’re exactly right about the special teams needing a boost in the return game, and it needs to come from Schwartz and/or rookie running back/receiver Demetric Felton. I could see Schwartz taking kickoffs and Felton punts. The other option is veteran JoJo Natson, who missed most of last season after his anterior cruciate ligament tore. Natson is proven in the league, but I think the Browns would prefer to use the roster spot on Felton.

Q: Scott, a whole new defense could take time to gel, how do you see it developing and how quickly?

A: I agree there will be an adjustment period. With potentially nine new starters, chemistry and cohesion will take time, as well as learning coordinator Joe Woods’ system. The communication must be developed, especially in a back seven with so many youngsters and new additions. But many of the additions are veterans, so the growing pains should be reduced. Middle linebacker Anthony Walker Jr. and safety John Johnson III are among the smartest players in the league and should help the transition tremendously.

As for a timeframe, I think it’ll be nearly impossible for the defense to be fully comfortable and on the same page for the opener against Patrick Mahomes and the Chiefs. But by Week 5 at the Chargers, I’d expect it to be clicking.

Q: All things being equal, would the GM cut the President, JC Tretter?

I know there’s trepidation about Tretter’s role as NFLPA president and his outspokenness about skipping the voluntary in-person offseason workouts. But he played at a high level last year, has consistently shown the ability to play through injuries, is incredibly smart and is respected by coaches and players. I don’t believe general manager Andrew Berry holds Tretter’s union role against him.

One final thought: I’m not convinced Nick Harris is ready to step into the starting role, which makes keeping Tretter a necessity.

Mailbag: Who will make the roster? Who gets an extension first? What will the record be?
Mailbag: With Julio Jones traded to AFC, how important is it that Odell Beckham Jr. play like Pro Bowler? How will change in preseason affect playing time?