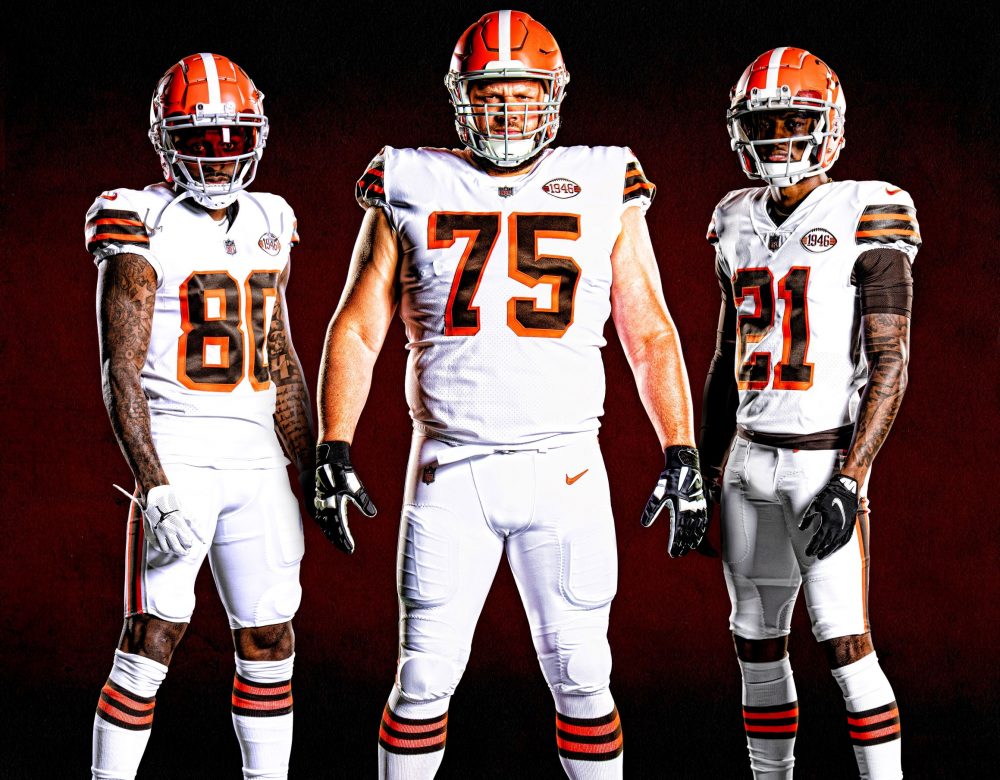 The Browns are launching it all the way back with the throwback uniform they’ll wear this season. The 75th anniversary edition commemorates the team’s first season in 1946.

The latest addition to the team’s wardrobe debuted at about 12:05 a.m. Saturday on the Browns mobile app. The Browns will wear the uniforms for a handful of yet-to-be announced games this season.

Fans who download the app and create a user profile will have early access to information about the new uniforms. Merchandise from the limited-run 1946 collection is also available.

“The Browns are one of those iconic franchises in all of sports, not just the NFL,” Haslam Sports Group president and Browns partner JW Johnson said in the news release. “We really wanted to give a nice nod to the past and the players that have paved the way for the team we have here today. It’s just a nice thank you to them for everything they’ve done for this league and for this team and for this city. We wouldn’t be here without the likes of Jim Brown, Otto Graham, Lou Groza and Joe Thomas. We want to honor them. We want to respect them.”


The throwbacks’ white jersey has brown numbers that are shadowboxed with an orange outline to pay homage to the first season. The jerseys also include the official 1946 patch.

Running back Nick Chubb, above, and left guard Joel Bitonio model the throwback uniform in a trading card.
COURTESY OF BROWNS

The helmet has a white stripe down the middle and the player’s number on each side. The Browns’ helmets featured the white stripe from 1952-59, when the team won two of its four NFL championships. The Browns wore numbers on their helmets from 1957-60, as well as occasionally in the mid-2000s as part of an alternate uniform.

The Browns will wear their current white pants and white socks with three brown stripes and two orange stripes.

“We spent a lot of time going back and looking at old photos and the history of the team and working with our friends at Nike and the NFL to put this all together,” Johnson said. “At the end of the day, like we said when we went back to the uniforms we are currently wearing, we wanted something clean, iconic, traditional and something that would honor the team and represent it appropriately.”

In addition to the online inventory of the 1946 collection, the FirstEnergy Stadium Pro Shop will have items honoring the 75th anniversary that are only available there. During the special early release window from today through Monday, fans who make a purchase at the Pro Shop will be able to take pictures in the stadium’s lower bowl with the field prominently featuring 75th anniversary insignia.

The team has also created digital trading cards of several players in the anniversary uniforms, and they’re available through the mobile app.