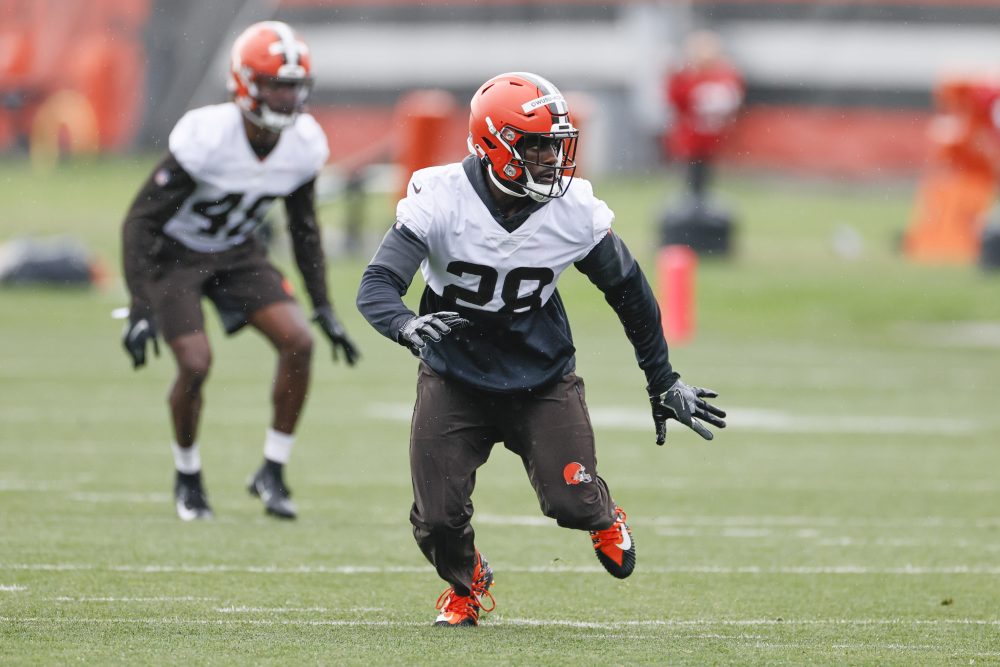 Rookie linebacker Jeremiah Owusu-Koramoah will miss the start of training camp this week after he was placed on the COVID-19 list Sunday.

He reported to training camp Saturday with the rest of the rookies, and the team isn’t permitted to disclose whether he tested positive or has been vaccinated.

The veterans are scheduled to report Tuesday, with the first full-squad practice Wednesday. The first session open to fans is Friday.

If Owusu-Koramoah, a second-round pick out of Notre Dame, tested positive and is unvaccinated, he would have to remain on the reserve list for at least 10 days.

Owusu-Koramoah said on Twitter that he was feeling fine, with zero symptoms.

I’m feeling just fine. APTTMH. Thank you everyone. Peace be unto you all. 🙏🏿

In its push to get as many players as possible vaccinated, the NFL has greatly reduced restrictions for vaccinated players from the strict protocols of last season. Vaccinated players who test positive and are asymptomatic can return after two negative tests 24 hours apart.

Unvaccinated players must test for the virus daily, wear masks inside and are barred from eating with teammates in the cafeteria and leaving the hotel on road trips. Vaccinated players are only tested every two weeks.

The NFL also informed teams last week that if a game cannot be rescheduled during the 18-week season due to a COVID outbreak among unvaccinated players, the team with the outbreak will forfeit and be responsible for financial losses. Players on both teams wouldn’t be paid.

“It definitely poses a competitive advantage for higher vaccine rates on your team just because of the close contact (rules) and what happens if somebody does unfortunately get COVID, what can happen to the rest of the building,” quarterback Baker Mayfield said Wednesday. “It’s a competitive advantage but it’s also way more than that. It’s about safety and just general health and well-being of human life.”

The Browns traded up from No. 59 to No. 52 to draft Owusu-Koramoah to play weakside linebacker. Cleveland sent the Nos. 59 and 89 (third round) picks to the Carolina Panthers in exchange for Nos. 52 and 113 (fourth round).

“I think speed and instincts,” chief strategy officer Paul DePodesta said when asked during the draft what he likes best about him. “He is very, very good against both the run and the pass. We think he can stay on the field the whole time, but he really just fits our scheme to a T.”

Owusu-Koramoah is a bit undersized at 6-1½, 221 pounds but won the Butkus Award in 2020 as the nation’s top linebacker and was a unanimous All-American. In 12 games he had 62 tackles, 11 tackles for loss, 1.5 sacks, three forced fumbles, an interception and four passes defensed.