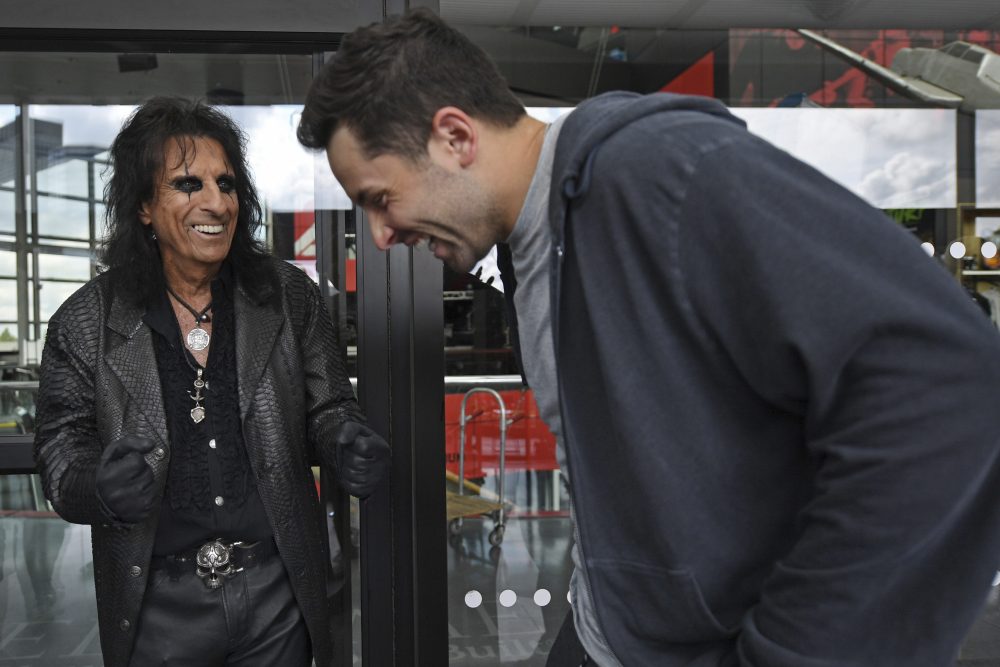 CLEVELAND — Baker Mayfield never dreamed of being on a team with Alice Cooper.

The Browns quarterback also had no idea the legendary rocker, known for theatrical stage shows featuring pyrotechnics, snakes and a guillotine, had more serious skills.

“He’s a scratch golfer,” Mayfield said of the 73-year-old Cooper, who shot three strokes below his age during a round at an area country club this week.

The unlikely pairing of Mayfield and one of shock rock’s godfathers took place during a TV commercial shoot for Progressive’s popular “At Home With Baker Mayfield” campaign, which features Mayfield and his wife, Emily, living inside FirstEnergy Stadium, home of the Browns.

In the new spots for the award-winning campaign’s third season, Mayfield and Cooper are neighbors.

Mayfield, who led the Browns to their first playoff berth since the 2002 season last year, knew only a little about Cooper before their first meeting. He was aware of “School’s Out,” Cooper’s summer-has-arrived anthem shouted by kids across the country, but not much more.

So Mayfield did some deeper digging into the iconic singer, who was inducted into the Rock & Roll Hall of Fame in 2011.

“Just an amazing person. Truly, not what I was expecting,” Mayfield said. “‘He’s a Detroit fan, which I didn’t know. But if you’re born there, you’ve got to be a Lions fan. He’s a fun guy who takes his work very seriously.

“He was practicing his lines and I thought it was cool to see someone at that level still taking it that seriously.”

Mayfield and Cooper quickly built a strong working rapport and enjoyed their time together on set, often bursting into laughter after a take.

Cooper cracked that he heard the Browns, who have Super Bowl hopes this season, might need some help.