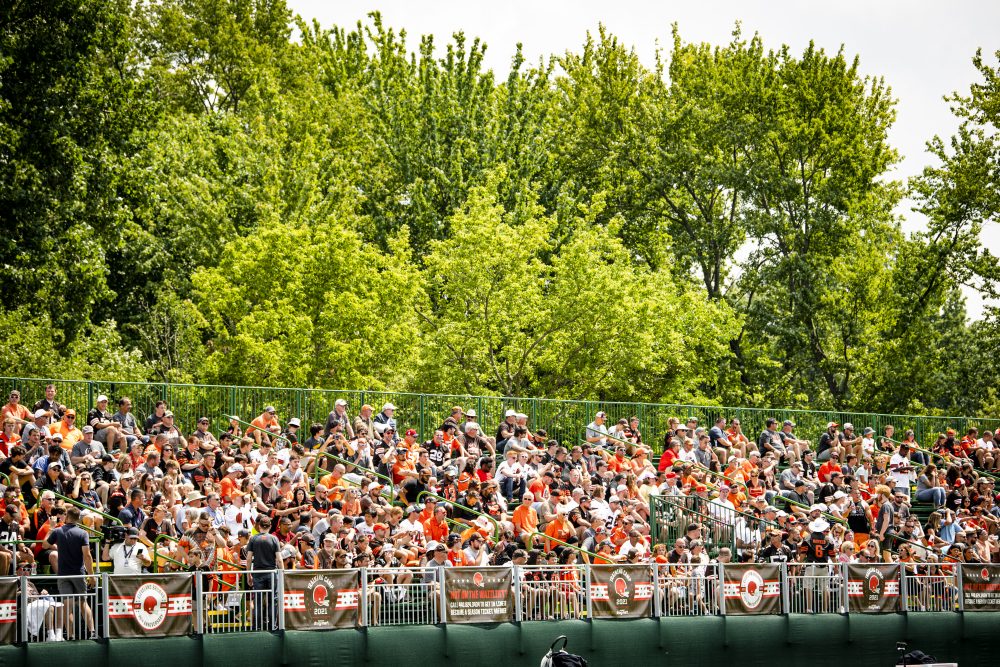 HIGH NUMBER: General manager Andrew Berry talked with reporters and revealed that more than 90 percent of Browns players are fully vaccinated or finishing the vaccination process. The NFL has relaxed certain protocols for teams that hit the 90 percent threshold.

“I actually want to start by saying how proud I am of our organization for really navigating everything through the pandemic,” Berry said. “We all realize that it is not over, but we do see a little bit of a light at the end of the tunnel. A lot of people have contributed to making this a good environment for our players, our coaches, our staff and our fans to come back to our facilities, so we are excited about that. I think a lot of people have been involved in making sure that the right information is out there regarding the vaccines.”

All the coaches and support staff have been vaccinated, according to Berry.

NEWS OF THE DAY: Receiver Derrick Willies retired after a string of injuries. He had knee surgery in the offseason, practiced Thursday and walked away Friday.

He had three catches for 61 yards in a game against the Ravens in 2018 — the only stats accumulated in his six-game career — but broke his collarbone in practice the following week. He played one game last year.

Up close with the #Browns D-line. pic.twitter.com/pNuXO4LWOF

CAMPER OF THE DAY: Defensive end Myles Garrett spent a lot of time in the backfield and interacting with the crowd — from a distance. Garrett got past left tackle Jedrick Wills Jr. at least twice to harass Baker Mayfield. When he wasn’t involved in the action, Garrett waved to the fans and threw a glove into the stands.

PLAY OF THE DAY: After a handful of overthrows early, Mayfield found his groove and completed a series of deep crosses. The best was to receiver Ja’Marcus Bradley, who caught it and turned upfield after safety Ronnie Harrison Jr. tried to undercut the route.

QUOTE OF THE DAY: “How engaged he has been in the meetings and virtual walkthroughs through this point, I know he is doing everything in his power to make sure that he does not fall behind. Look, it is less than ideal. It is a little bit of adversity, but it is also not a death sentence.” — Berry on rookie linebacker Jeremiah Owusu-Koramoah missing the beginning of camp while on the COVID-19 list.

SATURDAY’S SCHEDULE: Practice starts at 2:25 p.m. and is open to the public.