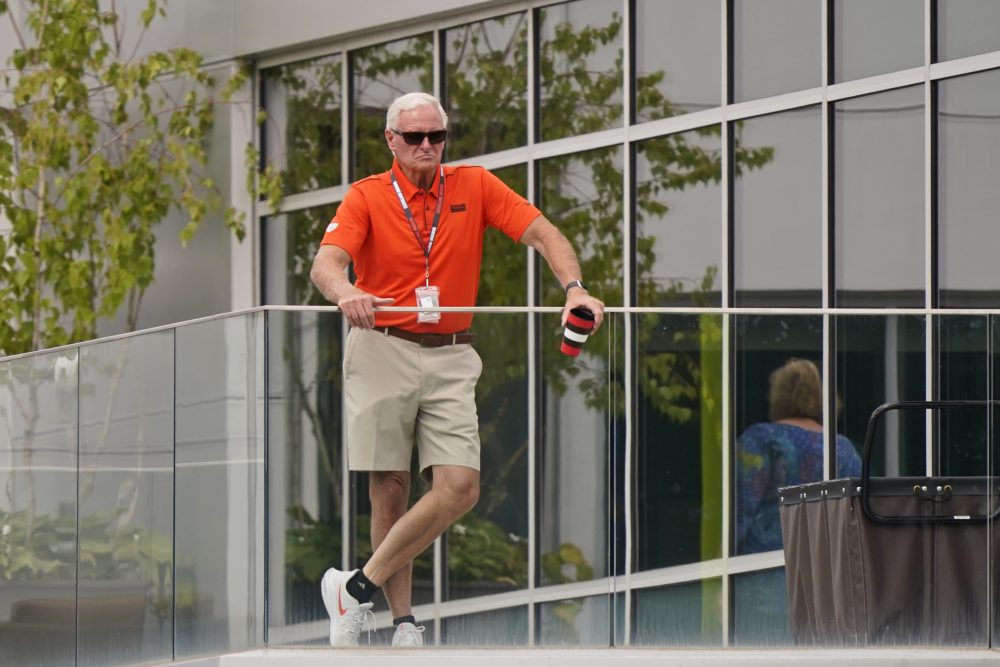 BEREA — Owners Jimmy and Dee Haslam are excited about the collection of talent on the roster, considered among the best in the league.

They just don’t want to set too many expectations for this season.

“We’re excited that people are mentioning us the way they are but we’re also realistic about how much work we have to do and how hard it is to win in the NFL.”

Nick Chubb wanted to stay and will after agreeing to 3-year, $36.6 million extension

The Haslams met with reporters for 18 minutes before a training camp practice. They bought the team for $1.1 billion in 2012 and didn’t have a winning season until 11-5 last year. After the first playoff appearance in 18 years and the first playoff win in 26, the Browns are considered a Super Bowl contender.

The next step would be a trip to the AFC championship game for the first time since 1989, but they declined to say what they’d consider a successful season.

“We’re not going to put that on the guys,” Jimmy Haslam said. “We all have high expectations. At the same time, we’re going to be here for a long time. We think we’re in position to have a good winning organization consistently over a period of time.”

The Haslams believe they’ve achieved the organizational alignment that was missing for so many years as dysfunction prevailed. After going through five coaches and five general managers, they’ve settled on DePodesta, Berry and Stefanski. Not only is the trio on the same page, it’s on the same contractual timeline.

The Haslams confirmed that DePodesta signed a contract extension last year after his had expired. It’s a five-year deal that matches up with those for Berry and Stefanski, who were hired in January 2020.

“Paul’s not the type, you don’t need to announce something on Paul’s behalf, but he’s going to be with us for a significant amount of time,” Jimmy Haslam said. 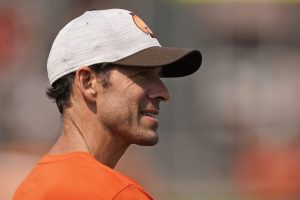 DePodesta, a former baseball executive, was a surprise hire in January 2016. He brought a deep analytics background, survived upheaval in the front office and coaching staffs and was a key piece of the search committee that landed Berry and Stefanski.

“That makes all the sense and we’re super excited about that,” Jimmy Haslam said, adding the fit was better than he expected.

DePodesta played baseball and football at Harvard then worked for 20 years in baseball, including with the Indians. He’s made the transition to the NFL.

“Paul is incredibly smart and has a great thirst for learning, so having him part of the organization and guiding the process and being here consistently for here has made a huge difference,” Dee Haslam said.

“Very, very smart and gets up the learning scale very quickly and has no ego, just like Kevin and Andrew, and is a good team player,” Jimmy Haslam said. “Just an all-around great person to work with.”

The success of last season during the pandemic and how Berry and Stefanski handled the difficult circumstances most impressed the Haslams.

“They don’t blink. They keep going, they don’t make excuses, they understand there’s going to be ups and downs,” Jimmy Haslam said.

Haslam likes to ask members of the personnel department what they like and what they’re worried about regarding the roster. He was talking to a senior evaluator and got great feedback.

The Haslams touched on a number of other topics:

** They haven’t sought minority ownership of the Indians, as Paul Dolan looks for an infusion of cash.

They’ve considered other ownership opportunities and will again but “have our hands full right now” with the Browns and Columbus Crew.

“He seems in a great place and really excited about this season,” Dee Haslam said. “So it was great to see him.”

“Hats off to how hard he’s worked,” Jimmy Haslam said. “You’ve all seen him run and cut and he looks tremendous.”

** They are expanding the complex in Berea, but the plans aren’t set in stone.