With Nick Chubb extension official, GM Andrew Berry says he “embodies the soul of our team” 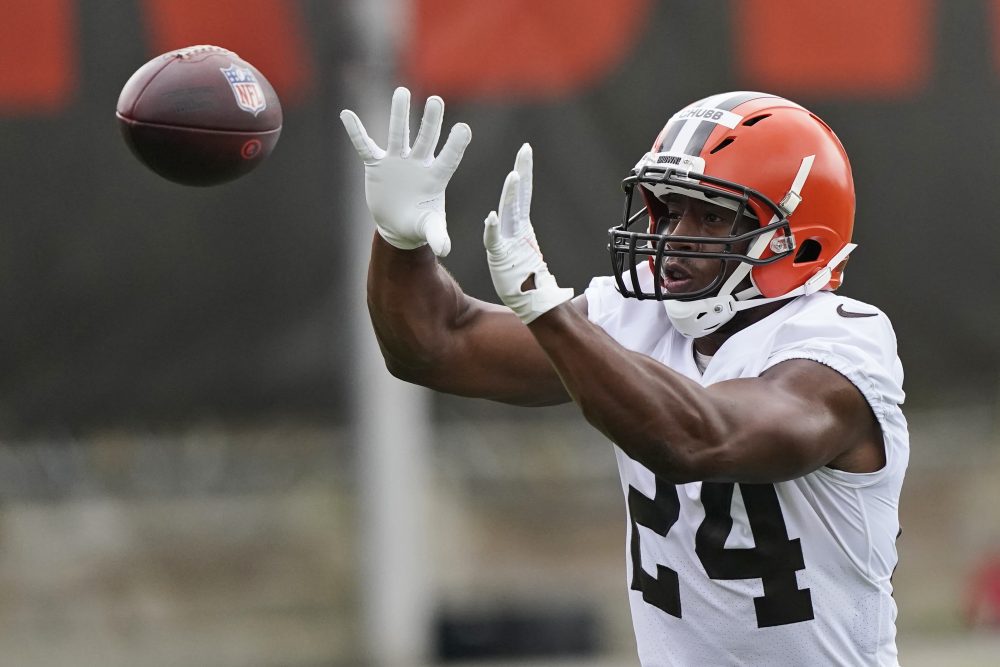 BEREA — Running back Nick Chubb is the type of player and person the Browns want as a foundation of the roster.

They made sure Chubb will be sticking around as they try to win their first Super Bowl, officially signing him to a three-year, $36.6 million extension Monday morning. The terms were agreed to Saturday.

“From the day Nick Chubb first entered our facilities, it was clear to see that he would become a pillar of our organization,” general manager Andrew Berry said in the news release. “Although Nick may be a man of few words whose strong-and-silent demeanor can be easy to overlook from the outside, his actions over the past three years have reverberated within the walls of our building.

“Nick’s on-field contributions stand for themselves. He is a dynamic runner who is on pace to be one of the most accomplished players to ever don an orange helmet at the position. But it’s his work ethic, intelligence, toughness and selflessness that makes us proud that he represents our city. Quite plainly, Nick embodies the soul of our team and we are thrilled that he will be a Cleveland Brown for years to come.”

Chubb has one year left on his rookie contract, so the extension keeps him with the Browns through 2024.

Chubb, the No. 35 pick in 2018, has twice been the team’s nominee for the NFL’s Art Rooney Sportsmanship Award and was voted the team’s Ed Block Courage Award winner in 2020.

“A great player. An even better person,” owner Jimmy Haslam said. “(There are) very few people I have met like Nick Chubb.”

He’s the first Cleveland player since Jim Brown to rush for 1,000 yards in two of his first three seasons and ranks sixth in Browns history in rushing yards and seventh in rushing touchdowns.

“It means a lot to me to be able to stay in Cleveland and be a Brown,” Chubb said. “It’s an honor to put on the orange helmet and represent the city of Cleveland and these great fans. I’m happy that I will be able to be here for many more years.

“The Browns put their faith in me during the draft and I want to say thank you to everyone who believed in me and who has supported me. There is still a lot of work to do to continue to get better and become a better team.”

Coach Kevin Stefanski is glad to know he’ll have Chubb in the backfield for the next four years.

“Nick Chubb is a tremendous football player, but an even better person,” he said. “He is one of the best examples of a team player that I’ve been around. Nick always puts the team before himself, and that’s why you love seeing a guy like him get rewarded.”

Nick Chubb wanted to stay, and will, after agreeing to 3-year, $36.6 million extension
Nick Chubb says it means “everything” to be staying in Cleveland