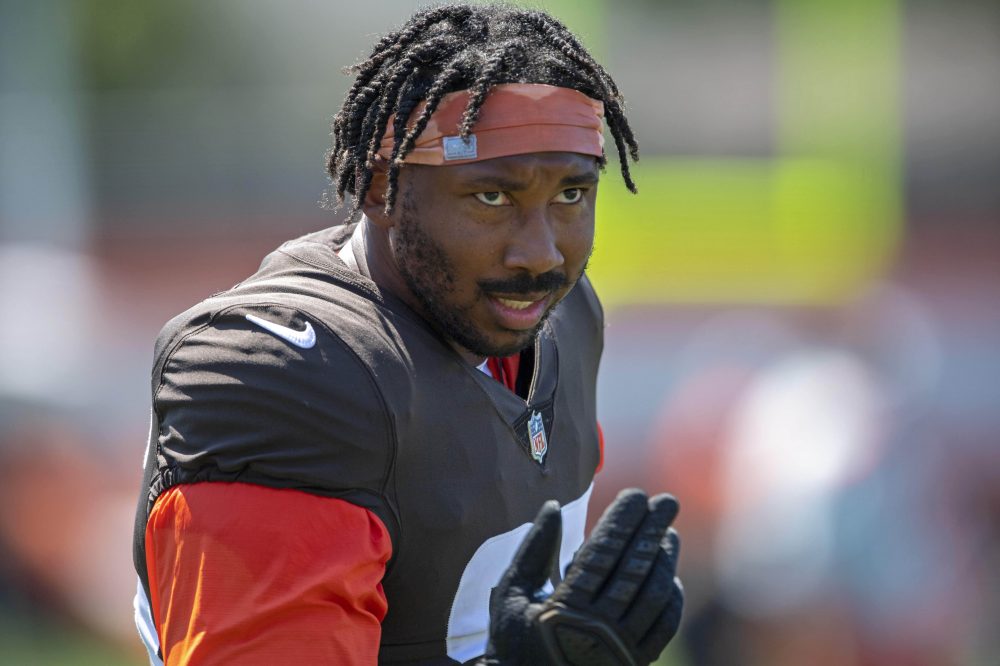 DEPTH TEST: All-Pro defensive end Myles Garrett didn’t practice and is day-to-day with a hamstring injury. Jadeveon Clowney, the other starting end, also worked on the side with trainers, and No. 3 end Takkarist McKinley left the team last week for personal reasons.

The depth beyond the top three was always a question mark, and those competing for a roster spot or two have gotten pushed up in the rotation. Porter Gustin worked at left end with the starters Tuesday and Carmeron Malveaux on the right side. The second-team ends were Curtis Weaver and Joe Jackson.

Garrett was off to a great start to training camp, winning many battles with left tackle Jedrick Wills Jr. and spending a lot of time in the offensive backfield. He usually misses some time in camp with a soft-tissue issue.

CAMPER OF THE DAY: Linebacker Mack Wilson continued his strong camp with two more notable plays. He came through the middle for what would’ve been a sack of Baker Mayfield and a few plays later broke up a deep pass intended for tight end Austin Hooper on a corner route.

PLAY OF THE DAY: Safety John Johnson III has been around the ball throughout the two weeks of camp, and showed up again in the right spot at the right time. He recovered running back Kareem Hunt’s fumble along the right sideline and returned it for a touchdown toward the end of practice. Johnson also appeared to strip the ball.

QUOTE OF THE DAY: “First of all, he is so competitive. When the ball is in the air, he goes and gets it and his hands are so strong. He had a play over here on a shallow cross where Troy Hill is all over him, and he just snatches that ball. He is a very competitive catcher of the football. He has a savviness to him. He makes very hard cuts coming out of his breaks. Just that competitive nature is what really defines him.” — Coach Kevin Stefanski on receiver Jarvis Landry.

WEDNESDAY’S SCHEDULE: Practice is at 2:25 p.m. and open to fans.