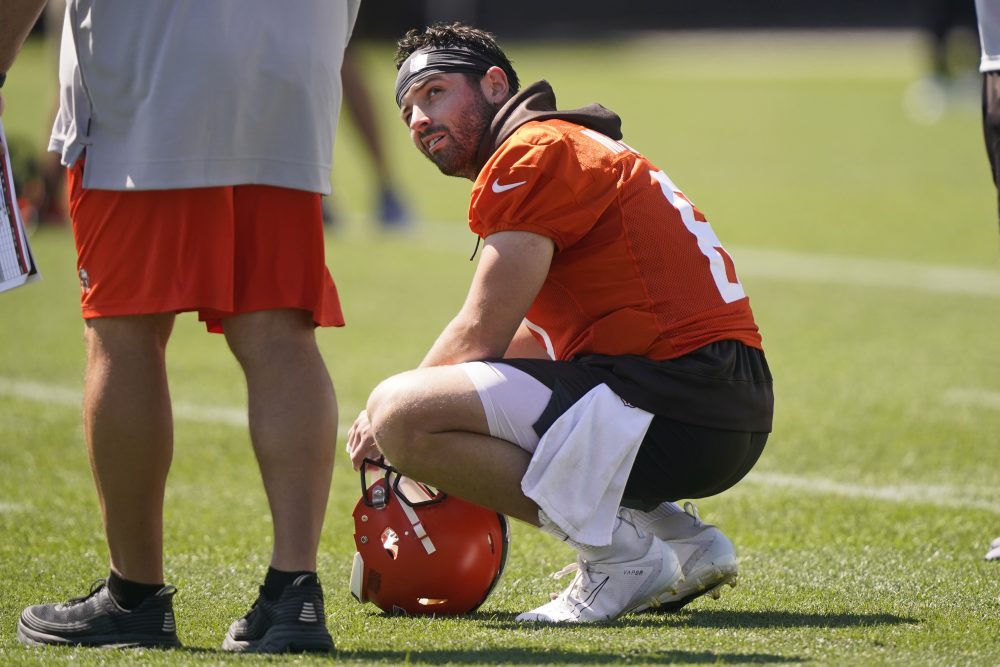 NOT NECESSARY: The Browns have Super Bowl dreams. It makes sense to be cautious in the preseason.

Coach Kevin Stefanski announced quarterback Baker Mayfield won’t play Saturday night in Jacksonville in the preseason opener. Mayfield is healthy and has participated in every practice during training camp. That leaves Case Keenum and Kyle Lauletta to handle the position.

When Stefanski reveals the rest of the playing time plan Thursday, it shouldn’t be a surprise if he says he’ll sit all or most of the starting lineup against the Jaguars. The Browns are trying to manage the injury risk and keep players fresh for a 17-game regular season and expected playoff run. Many of the starters will likely play at some point in the preseason — perhaps not until the finale in Atlanta on Aug. 29 — but the games will mostly be used to prepare the rookies and decide the final roster spots.

Stefanski’s first preseason as a head coach last year was canceled because of the pandemic, so there’s no precedent for how he’ll handle reps, especially with the preseason reduced this year from the normal four games to three.

There wasn’t much doubt, but Stefanski said he’ll again call the offensive plays this year.

CAMPER OF THE DAY: Cornerback Greedy Williams seems to be getting more comfortable after missing all of last season with a shoulder injury. He had tight coverage on Jarvis Landry in the end zone on an incompletion, broke up a pass for KhaDarel Hodge in the red zone and had good coverage on Hodge to force a throwaway by Mayfield in the red zone.

PLAY OF THE DAY: Keenum lofted a pass into the corner of the end zone during the final red zone drill, and receiver Ja’Marcus Bradley ran under it for the touchdown. Bradley has made several plays in camp.

QUOTE OF THE DAY: “It was hot out there. The guys when they were walking by me, I could hear their feet squishing because they have all the sweat in their feet.” — Stefanski on Tuesday’s practice in the stifling humidity.

THURSDAY’S SCHEDULE: Practice is at 2:25 p.m. and open to fans, weather permitting.