Notes: Majority of starters won’t play in preseason opener, and Kevin Stefanski won’t say if they’ll play at all before Week 1 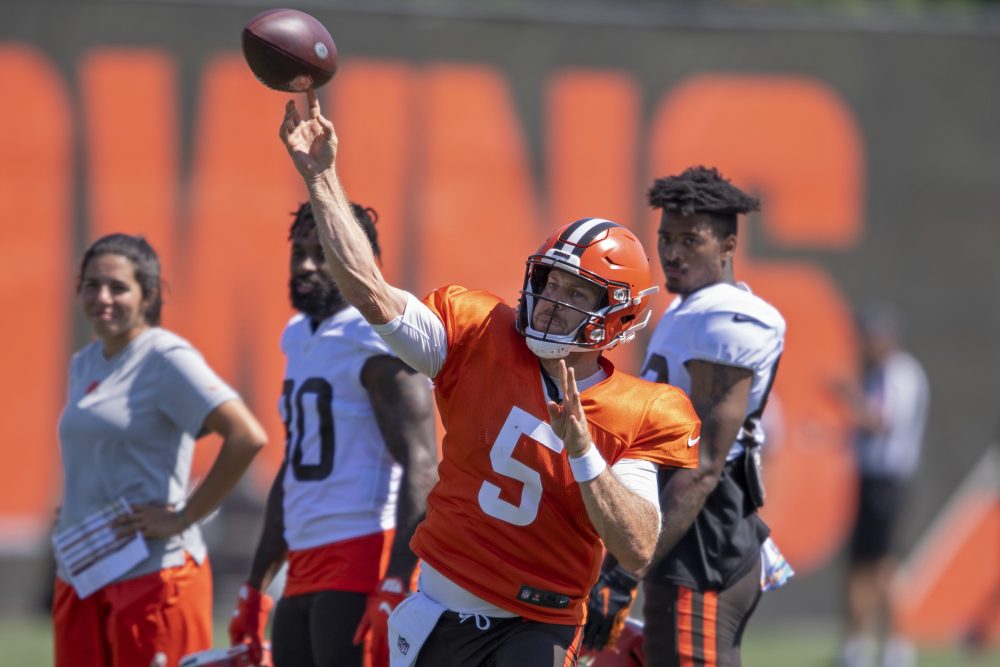 BEREA — Baker Mayfield will have a lot of big-name company on the sideline Saturday night in Jacksonville.

Coach Kevin Stefanski announced Thursday that the “majority” of the starters will rest during the preseason opener against the Jaguars. He said Wednesday that Mayfield won’t play.

The preseason was canceled last year — Stefanski’s first season in charge — because of the pandemic, causing teams to reassess the necessity of playing their starters before Week 1 of the regular season. The Browns went 11-5, made the playoffs for the first time since 2002 and won their first postseason game in 26 years.

“Certainly last year was eye-opening for a lot of coaches and players,” Stefanski said.

He wasn’t ready to say if the starters will play at all in the three-game preseason, which was reduced from the traditional four games.

“We will address that when appropriate,” he said. “The focus is on this game for right now.”

Another significant factor to be weighed is the addition of a 17th regular-season game. The Browns are trying to manage everyone’s repetitions for the entire year, which could include a long playoff run.

“You take it all into account,” Stefanski said. “You take what you learned last year, you take the extra game and you take your players.

“We are just going to do what we think is right for the Cleveland Browns and specifically what is right for each player.”

Third-year cornerback Greedy Williams and veteran offensive lineman Chris Hubbard are also scheduled to play. Williams missed all of last season with a nerve injury in his shoulder, and Hubbard is coming back from knee surgery in December.

“We have a plan for everybody to be smart about it, but the plan is for them to play,” Stefanski said. “We will see how we come out of the next couple of days and see if that is something that we can do come Saturday night.”

Veteran backup Case Keenum will start at quarterback, not play a “ton” then turn over the reins to Kyle Lauletta.

The Browns will leave Friday and not return until Sunday, so the guys not playing will make the trip. Stefanski said they’ll train over the weekend, including doing individual drills.

“Soft-tissue injuries are prevalent across the league in the first weeks of training camp,” Stefanski said. “That is what the data suggests. Obviously we do not want anybody to get injured and we try to prevent as many as we can. There is something about playing football, though, where you react and you burst, which is different than training. You can train quite a bit and be in great shape, but then all of the sudden, the ball is in the air and you have to burst for it. That is oftentimes what happens with soft-tissue injuries.

“I am hopeful over the course of the next few days that guys start to come off of that group.”

Demetric Felton falls asleep studying the playbook, wakes up ready to play running back or receiver and just wants the ball

Defensive end Jadeveon Clowney missed his third straight practice, but the team has yet to specify an injury. He worked on the side.

** Cornerback Denzel Ward (soreness) worked on the side for the fifth straight practice.

Owusu-Koramoah has already shown his ability to blitz off the edge and up the middle. He expects that to continue during the season with coordinator Joe Woods calling the plays.

“When we understand the expectations that he has for me, it more relies on the speed, it relies on the quickness, blitzing ability and things like that,” Owusu-Koramoah said. “When I’m in he does call a lot of blitzes and a lot of things that match my skill set, so I’m looking forward to seeing how I can prosper.”

The Browns coveted his speed and will also take advantage of it in coverage.

They will alternate kicking opportunities against the Jaguars.

** The Browns spent a little time preparing for Jacksonville, with the starters serving as the scout team. Mayfield, running back Nick Chubb and receiver Odell Beckham Jr. were among the defenders.