Training Camp Log, Day 14: Getting ready for Giants and some good injury news 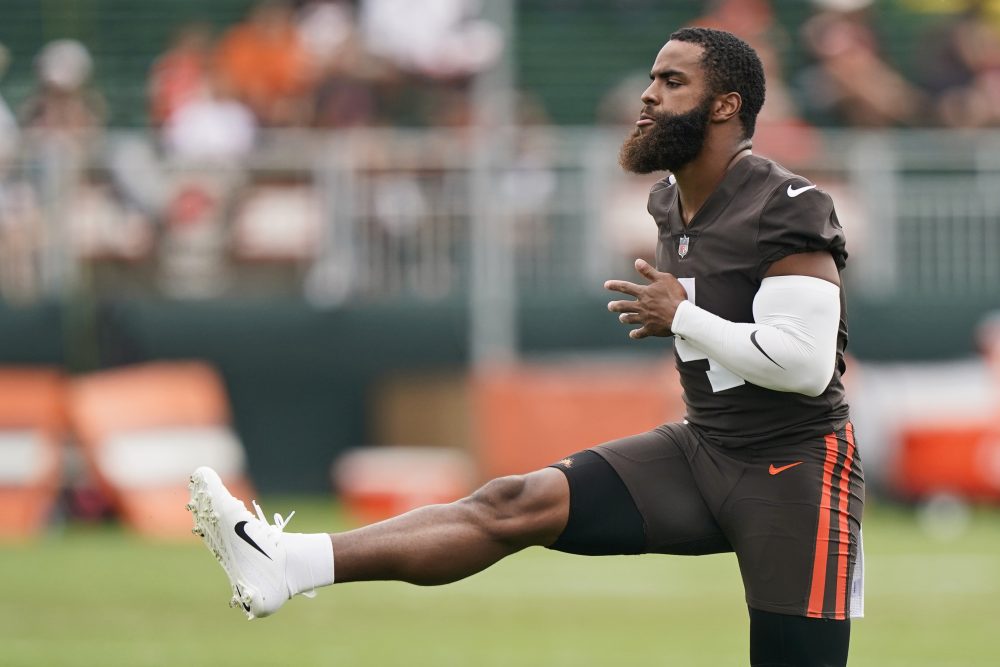 RAIN, RAIN, STAY AWAY: Coach Kevin Stefanski got antsy at the mere mention of the possibility of rain.

The Browns will host the Giants for joint practices Thursday and Friday and are counting on dry conditions to fit the 160 players on the four practice fields in Berea. The forecast looks like it will cooperate, which is a good thing, because nobody wants to turn to the contingency plans. The team’s field house isn’t big enough to handle two teams.

Linebacker Mack Wilson participated in individual drills after spraining a shoulder Saturday against the Jaguars.

Analysis: Predicting the 53-man roster after the first cuts

CAMPER OF THE DAY: Receiver Davion Davis isn’t a one-hit wonder. He opened eyes with a leaping 27-yard touchdown catch against the Jaguars, finished the preseason opener with four catches for 56 yards and continued making plays Tuesday. He stretched out to haul in a deep go route from Case Keenum and caught a comeback from Keenum in the short session.

(ALMOST) PLAY OF THE DAY: The scene has played out so many times, it must be noted. Receiver KhaDarel Hodge gets behind the defense on a deep route, only to be overthrown by the quarterback — usually Baker Mayfield but sometimes Keenum. It was Mayfield this time.

QUOTE OF THE DAY: “Definitely the level of intensity is going up. It’s not just another practice, it’s a gamelike atmosphere going against a different team. The same physical mindset that you would bring to a game, you’ve got to bring it in practice. And then just have fun.” — Middle linebacker Anthony Walker Jr. on joint practices.

WEDNESDAY’S SCHEDULE: Practice is at 2:25 p.m. It’s the final one open to the public.