Mailbag: Will Browns trade players for picks before season? Is Baker Mayfield worth huge payday? 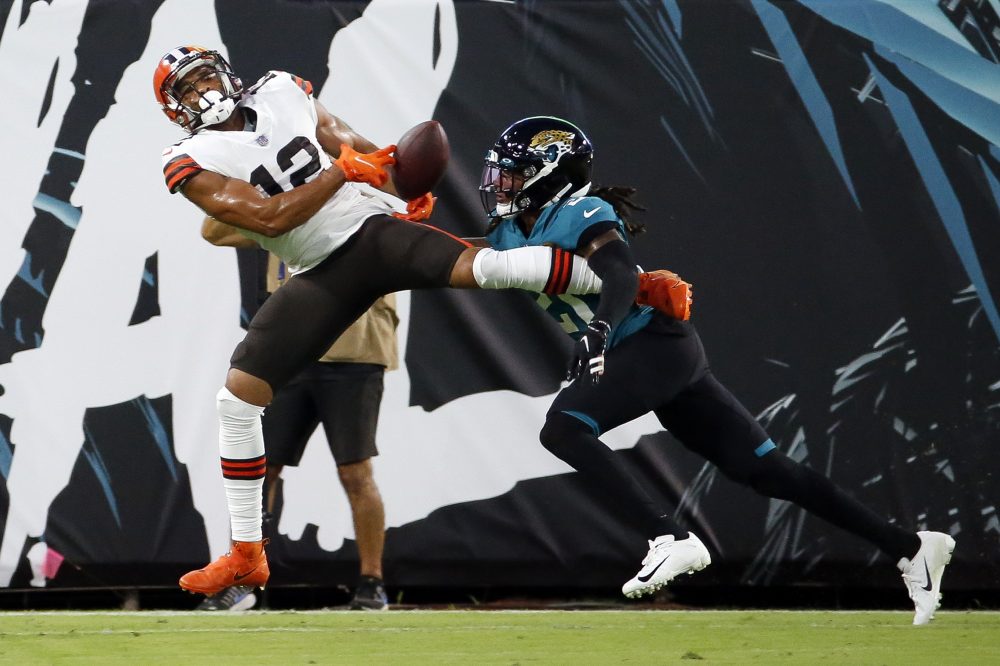 Q: Instead of making a move to acquire someone via trade before the season, the Browns are now in a position, with all their talent, to be the ones receiving the calls. Do you anticipate any moves bringing in future draft picks and what players possibly fit that description?

A: I certainly wouldn’t rule it out. Of course, it must be the right intersection of opportunity and value, but there’s no doubt the Browns are in a much different position than in the past.

Injuries matter so much in this discussion, and the Browns have been dealing with plenty that could affect their depth when final roster cuts are made. But if we’re looking for potential candidates to be dealt, I’d start with receiver KhaDarel Hodge, who’s valuable as a special teams player and a blocking wideout with speed, but appears on the bubble with the depth at the position. Linebacker Mack Wilson has been much improved in camp and has locked up a roster spot — especially given the injuries to Jacob Phillips and Tony Fields II — but if a team made the right offer, I don’t think he’s untouchable. An extra offensive lineman or defensive tackle — the Browns have a lot of numbers — could also draw interest.

Analysis: David Njoku once again sees future in Cleveland, but must improve consistency to make it a reality

Q:
Kyle Lauletta and Case Keenum sure look good. Kevin Stefanski’s system takes a lot of pressure off the QB. I have a hard time thinking Baker Mayfield is worth a big payday. Am I wrong?

I get where you’re coming from, and agree the system helps make a quarterback look better. We’ve seen the same thing with Kyle Shanahan’s play-action scheme for years.

But the Browns are talented enough to win the Super Bowl, and that takes a quarterback who’s more than competent. There’s a big difference between operating the system — even having success in it — and being good enough to win a Super Bowl.

A team needs a quarterback capable of taking over a game and rising to the occasion at the biggest moments. That’s why Mayfield was drafted No. 1 overall, and that’s why the Browns are going to end up paying him $40 million a year. He’s got a better arm and is a better athlete than Keenum and Lauletta, and it’s not close. A quarterback who can win a Super Bowl is worth all the money in the world. I believe the Browns believe Mayfield can be that guy.

Shanahan’s 49ers are an interesting case study. He nearly won a Super Bowl with Jimmy Garoppolo but determined he needed an upgrade and drafted Trey Lance.

Q: I was excited we drafted Grant Delpit. I’m still happy we have him. Coming off a torn Achilles and now a hamstring issue, he is making me nervous though about being an injury bust. Please tell me that I am overreacting on the potential injury bust part.

I don’t think it’s an overreaction if you’re talking only about this season, especially the start of the season. And I get the angst that comes with injuries early in any player’s career.

But it’s way too early to pin any label on Delpit, whose soft tissues could be more vulnerable given the Achilles injury, lost season and long rehab. A hamstring strain or two in August 2021 won’t mean much in years to come if they remain isolated incidents.

Anyone not on the 53-man roster or season-ending injured reserve can’t be protected from being claimed on waivers or signed by another team.

Team can protect four practice squad players per week in the regular season from being poached by another team but not before the season.

Q: Injuries can turn a promising season upside down, so I wouldn’t expect the Browns to reveal changes designed to reduce exposure to injury But have you observed any significant changes to how the Browns are practicing so far?

A: Without a doubt.

The tempo has been slower throughout camp, with the exception of the two joint practices against the Giants. There have been far fewer periods at 100 percent speed and zero tackling to the ground.

Stefanski and his staff are making sure the players get their work in while being smart. The practices may be a little “boring,” but that’s OK.

Q: Do you think lawsuits will happen if players claim they were cut because they didn’t get the COVID-19 vaccination?

A: I don’t. And if there are lawsuits, I don’t think they’ll be successful.

Teams can cut players for any reason. In this case, vaccination status qualifies. As long as the teams aren’t blatant about it, I don’t think the players would have a leg to stand on. Especially because the players who would be a victim of this are on the bubble.

Mailbag: How big a concern is continued missed practice time? Has Mack Wilson improved enough to make roster?
Mailbag: Where do Andrew Billings, Malik McDowell, Johnny Stanton IV stand in fight for roster spots? Any vets likely to be dealt?