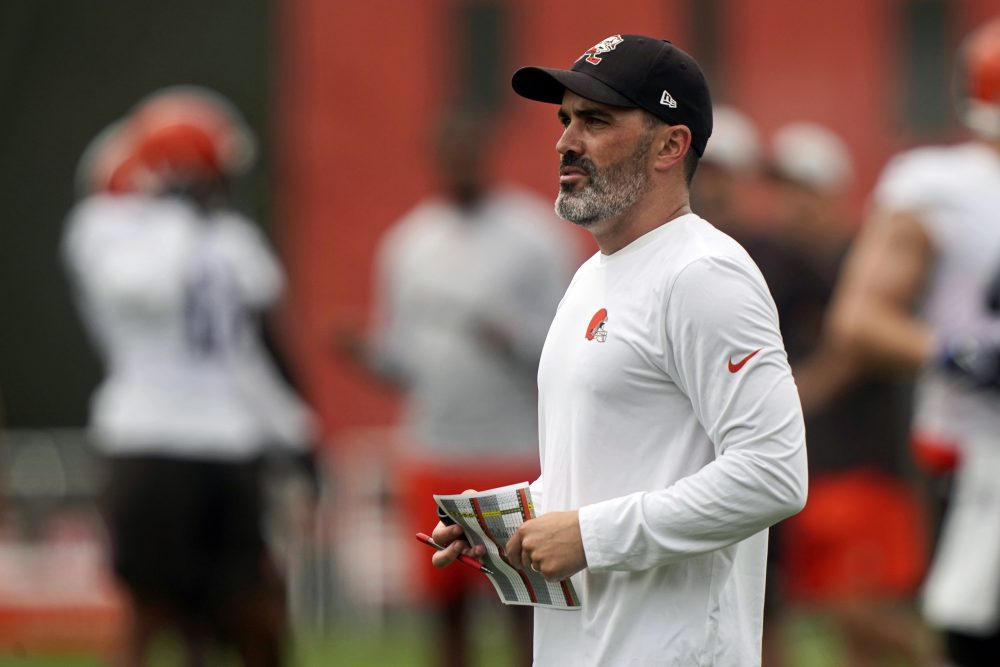 BEREA — Nothing about the last month of training camp suggested coach Kevin Stefanski would play quarterback Baker Mayfield and “select starters” on Sunday in the preseason finale.

That’s exactly what Stefanski announced he would do Friday following a hot and humid practice.

The tone of camp and the preseason was all about preparing for the long season that lies ahead. The regular season is 17 games for the first time, and the Browns expect to make a deep playoff run. Taking care of the players’ bodies was priority No. 2 behind the on-field preparation.

Guys with hamstring injuries — and there were a lot of them — missed practice time. Receiver Odell Beckham Jr. showed up at camp completely healthy following a torn anterior cruciate ligament yet didn’t enter seven-on-seven or team drills until this week. Cornerback Denzel Ward sat out three weeks due to purposefully vague “soreness.”


The majority of starters, including Mayfield, didn’t play in the first two preseason games.

With the regular season so close — the opener is Sept. 12 in Kansas City — I assumed Stefanski would follow the same script Sunday in prime time in Atlanta. I was wrong.

Stefanski said he hasn’t had to deviate from his preseason plan, so sending out Mayfield and Co. for a couple of series was always on the calendar. Stefanski views this as the traditional third preseason game, which for years was when the starters saw their most significant action.

He just didn’t share the plan or provide any hints.

He declined to get into specifics.

“I’m not going to go through who’s playing, who’s not,” he said. “I gave you Baker. You’ve got to tune in Sunday night. NBC wants me to keep it a secret.”

It’s safe to assume the starting offensive line will be on the field to protect Mayfield, perhaps minus center JC Tretter, who sat out team drills the last week. It’s reasonable to conclude any major contributor dealing with an injury, or with an injury history, won’t play.

That leaves Mayfield, the line, possibly receiver Jarvis Landry, the tight ends and maybe running backs Nick Chubb and Kareem Hunt among the “select” offensive starters. The rebuilt defense hasn’t spent much time on the field as a unit, so a few reps for safeties John Johnson III and Ronnie Harrison Jr. and linebackers Anthony Walker Jr. and Mack Wilson is logical. Just don’t expect to see ends Myles Garrett and Jadeveon Clowney.

Playing your best players in the preseason isn’t necessarily wrong — New England’s Bill Belichick, Kansas City’s Andy Reid and Tampa Bay’s Bruce Arians have played their starters this preseason — and there’s value in the increase in tempo and intensity of the exhibition games.

And any argument about the Browns going 11-5 last year and returning all their offensive starters is trumped by Tom Brady and Patrick Mahomes playing in August after the Buccaneers beat the Chiefs in the Super Bowl in February.

I just don’t agree that a couple of series two weeks before the opener is worth the injury risk, especially after being careful for the last month. Mayfield could bang his thumb on a helmet. Someone could roll into left tackle Jedrick Wills Jr.’s ankle on the first play, just like in the playoff loss at Kansas City in January.

I understand injuries could happen any time. I also believe in minimizing unnecessary opportunities.

Stefanski and general manager Andrew Berry weighed those odds and went the other way.

“It’s all part of it, the way you practice and then the way you play is similar. It’s all good work is the way I look at it.”

Unless a bad injury comes out of a meaningless preseason game.