Mailbag: How will Joe Woods’ defense look different in Year 2? Who takes preseason awards? Which AFC contender has most pressure? 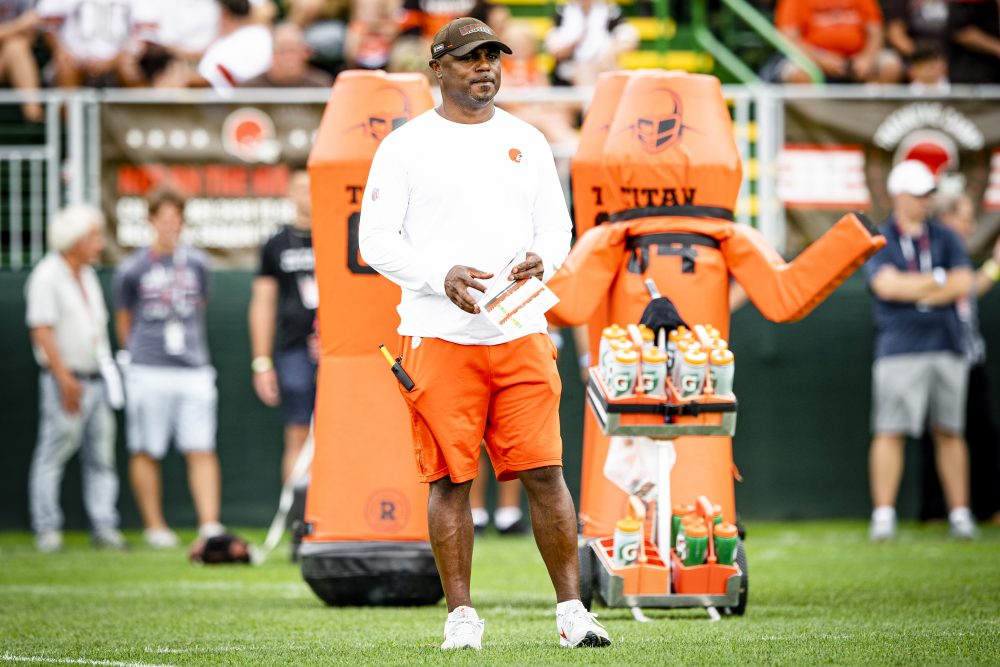 Q: Defensive coordinator Joe Woods has been dealt a better hand this season. What changes might we expect in terms of defensive game plans and specific tactics?

A: The biggest difference will be the use of the three-safety dime package, assuming Grant Delpit gets and stays healthy. Woods wants the dime to be a staple of the defense — about 25 snaps a game — but couldn’t employ it last year due to injuries and a lack of talent. Delpit was sidelined for much of camp with a hamstring injury but returned to practice Thursday and could open the year with about 10 plays a game in the dime.

I also expect Woods to blitz more. He has better depth and talent in the secondary, which frees up a coach to take more chances. He also has rookie linebacker Jeremiah Owusu-Koramoah, who quickly showed he can find his way to the quarterback.

Finally, I’d look for more flexibility along the line. Myles Garrett and Jadeveon Clowney can move from the outside to the interior, and tackles Malik Jackson and Malik McDowell can go the other way.

A: Let’s work on a catchier name for the awards before next preseason.

Q: Who has more pressure to win the AFC title this season and proceed to the Super Bowl: Kansas City, Buffalo, Baltimore or Cleveland?

A: My first thought is the Chiefs because they’re the favorite and have Patrick Mahomes at quarterback. But they’ve won the last two AFC titles, so that alleviates much of the pressure, especially outside of KC.

So I’ll go with the Bills. A lot of experts like them to unseat the Chiefs, they have a lot of talent on both sides of the ball and quarterback Josh Allen is considered a strong MVP candidate. I’d put the Browns last among the group because they don’t have the winning tradition of the other top contenders.

Q: Who is considered the third receiver on this team, Rashard Higgins or Donovan Peoples-Jones?

A: Peoples-Jones … and I’m not sure it’s close.

Peoples-Jones was the MVP of camp, while Higgins missed time with a couple of minor injuries. The coaches know what Higgins can do, and I think he’ll get playing time, but Peoples-Jones is ahead of him in the rotation, is bigger, faster and stronger and has a much bigger upside.

Q: If Felton turns out to be too slow, will they keep using him?

A: They better not. Berry is like all GMs — he wants his draft picks to succeed and gives them more time to do so — but if Felton flops, I believe the Browns would admit it and look for a better alternative. After all, he was only a sixth-round pick, so it’s not like the team is heavily invested.

I get where your question comes from. Felton didn’t test well in his predraft workout and looked a bit slow on a couple of plays during the preseason. But he’s got good quickness and is smart. A player can stick around a long time with that combination.

Q: The Patriots recently learned like Ron Rivera did earlier that QB Cam Newton lost a step since his car accident a few years ago, but too many sport commentators (minus you) continue to rave about him. What is the thinking at Browns HQ? Is anyone there in favor of taking a flier on Newton?

A: I can’t speak for everyone at 76 Lou Groza Blvd. but I don’t sense there’s significant interest. The team feels comfortable with Case Keenum as the backup because he has experience in coach Kevin Stefanski’s system. Newton is a different style of quarterback and would require too big of an adjustment if something ever happened to Baker Mayfield.

Mailbag: Where do Andrew Billings, Malik McDowell, Johnny Stanton IV stand in fight for roster spots? Any vets likely to be dealt?
Mailbag: How concerned should fans be about long-term kicking situation? How will Chiefs approach Browns offense? Any good memories from the opener?