Browns Preview 2021: Fans should be prepared for something different … success 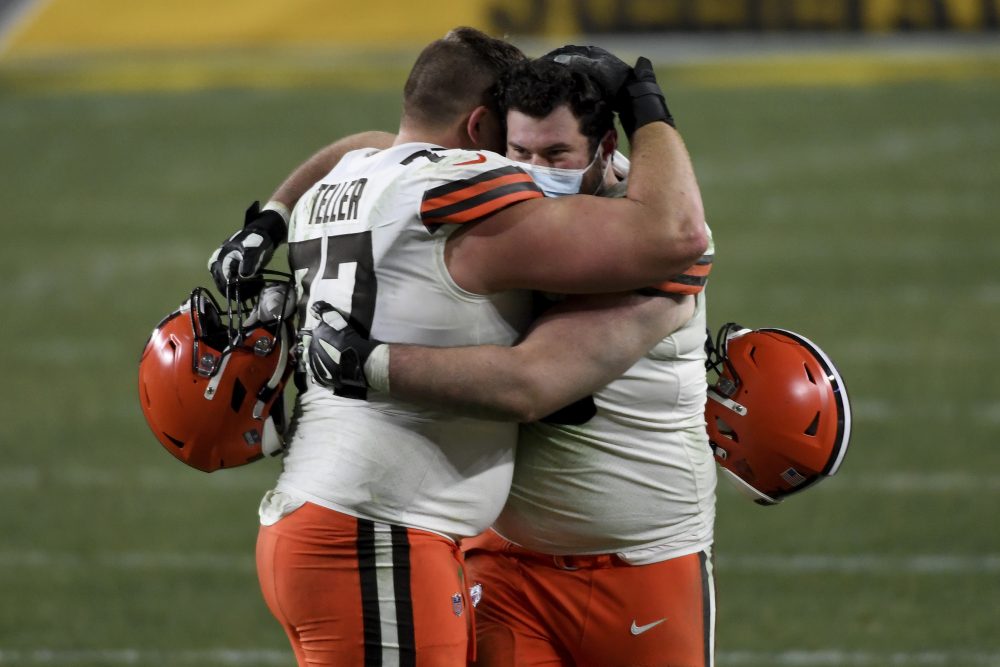 If nothing else, the Browns this year have surely set an NFL record for most optimism over a team that was outscored by its opponents the previous season.

You could look it up.

Chalk this up as one more reason why the Browns are such an appealing team. File it in the folder that points out that, in the Kevin Stefanski Era, the Browns have a better winning percentage when Stefanski doesn’t come to the game (1.000) than when he does (.647).

The Browns are the feel-good story of this NFL season before the season even starts. The only thing that can derail them from becoming the new America’s Team is nothing.

Who doesn’t love a rags-to-riches story?

It will take a giant eraser to finally expunge The Drive and The Fumble from Cleveland’s memory bank, but have you seen the Browns’ roster? It looks a lot like a giant eraser. They cut guys who would have been six-year starters four or five years ago.

I set a personal best this year for most Browns preseason games watched from start to finish.

The old record was “none.”

The new record is “all.”

Just when I got ready to turn the TV off, halfway through the fourth quarter, some guy with an unfamiliar name, wearing an unfamiliar number would do something that froze my thumb a half-inch above the “off” button on the remote, while I simultaneously blurted to nobody in particular: “Who’s THAT guy?”

It was a stark contrast from the fourth quarters of most Browns preseason games in this century, which were played by future Uber drivers, milkshake technicians and dog walkers.

The Browns are a thing again. Not just to Dawg Pounders, but to America. These Browns are a lot like the Indians were in the late 90s, when there were no Browns. Those Indians had all-stars at every position, and an undisguised zeal for leaving large lumps on opposing teams.

Just as those Indians teams produced in fans a giddy “pinch me” disbelief over their team suddenly becoming the neighborhood bullies, so, too, are Browns fans now entering that same giant funhouse.

That Stefanski and Company feel they have something special is probably reflected in the decision not to play most of the team’s important players — which numbers about half the roster — in the preseason games, for fear of injury.

That, indeed, seems to be the only potential chuckhole on the road to what is shaping up as the Browns’ most electrifying season since before over half the current fan base was even born.

That’s what makes it so exciting. Half the fans are expecting thrills the likes of which they haven’t seen since they were taken to games by their parents.

The other half of the thrill seekers are those who have no frame of reference at all for a Browns-dominant NFL. They are gleefully anticipating what’s coming based solely on hearsay of the greatness that once was.

Greatness, but also heartbreak. How do you mend a broken heart? Mayfield to Beckham for the touchdown is a good start.

There undoubtedly is also a small percentage of the populace, this being Cleveland, wondering what could possibly go wrong to sabotage what seems so deliciously right about the potential of this Browns season, the season Browns fans have been waiting for since Stefanski was pedaling the sidewalks of his youth with training wheels.

It’s for all of those reasons that there might be a small skeptical slice of Cleveland’s sporting pie populated by those with unhealed scars wondering what could possibly go wrong this time? Surely something must go wrong, because, well, it always has in the past.

The Browns look TOO good. The division looks TOO winnable. The planets look TOO aligned. Therefore, what sort of emotional bludgeoning is lurking around the next corner, poised to ruin what on paper looks like the team of your dreams about to embark on the season of your dreams?

This Browns team has been expertly built, with a roster of young, talented, hungry players, led by what appears to be the best and brightest coach to enter the league since Belichick, and fueled by an even hungrier fan base, whose unmatched loyalty and enthusiasm brought the franchise back to life after it was stolen from them.

For all those reasons, this must be the year, yes?